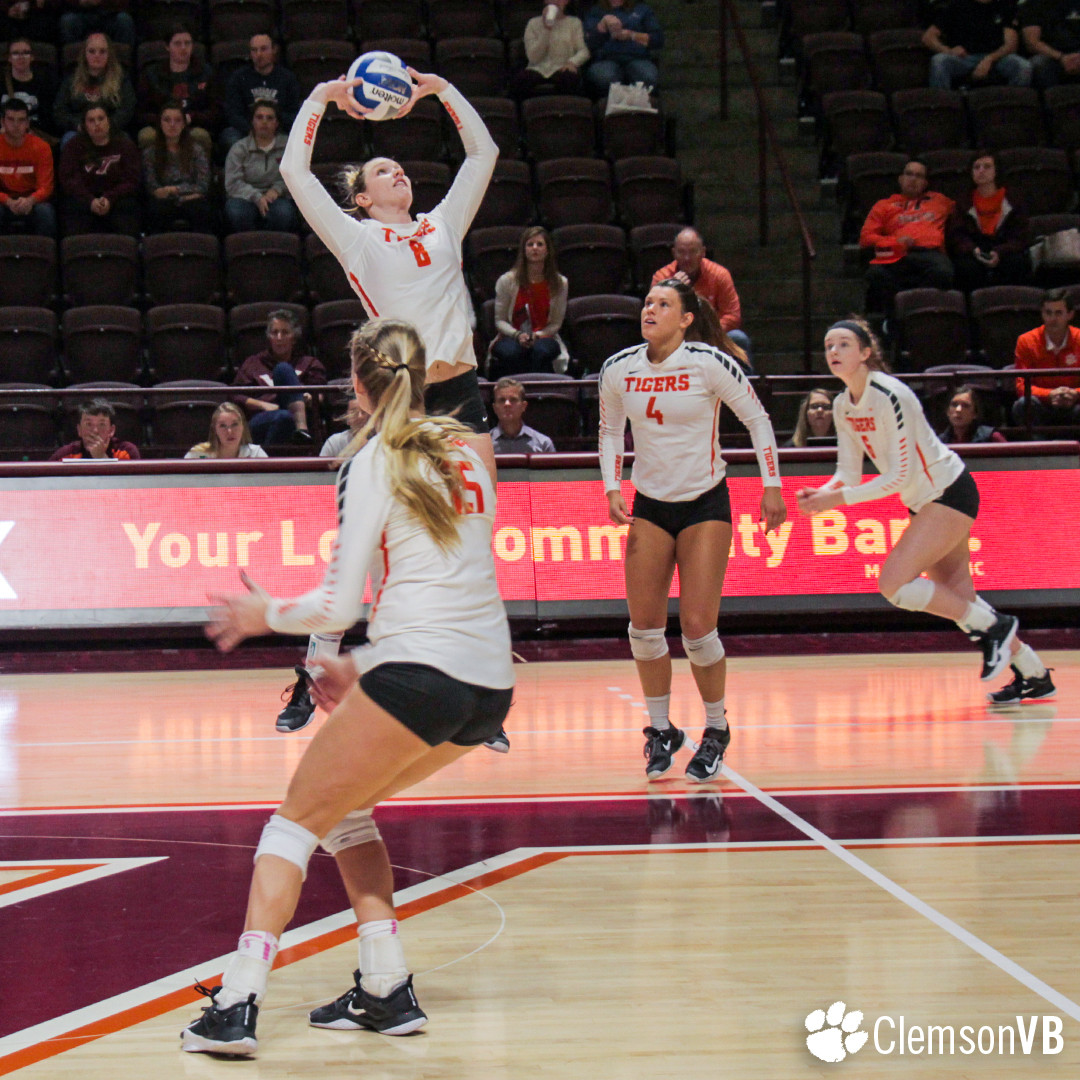 The Tigers jumped out to an early 14-8 lead that saw seven assists from senior setter Keely Hayes. Clemson went on to win the set, 25-14, as Hayes totaled 12 assists, while junior outside hitter Kailey Harvell tallied four of her nine kills for the match in the opening set.

Clemson lost all momentum heading into the second as Virginia Tech broke out to a 14-5 lead, which forced Tigers’ head coach Michaela Franklin to burn Clemson’s second timeout midway through the set. With score in favor of the Hokies, 15-6, VT went on a tear, posting seven unanswered points. Virginia Tech went on to claim the set, 25-9 to tie the match at 1-1 heading into the break.

The Hokies picked up right where they left off in the third, cruising to a 13-7 lead to open the set. Virginia Tech’s Jaila Tolbert led the Hokies with six of her 12 kills coming in the third, which VT won 25-14.

Seven attack errors plagued Clemson early in the fourth, helping VT snag a 14-6 lead. From there, the Hokies outpaced the Tigers, 11-7, for the remainder of the fourth, claiming the set (25-13) and match, 3-1. Korte tallied five of her 13 kills in the final set.