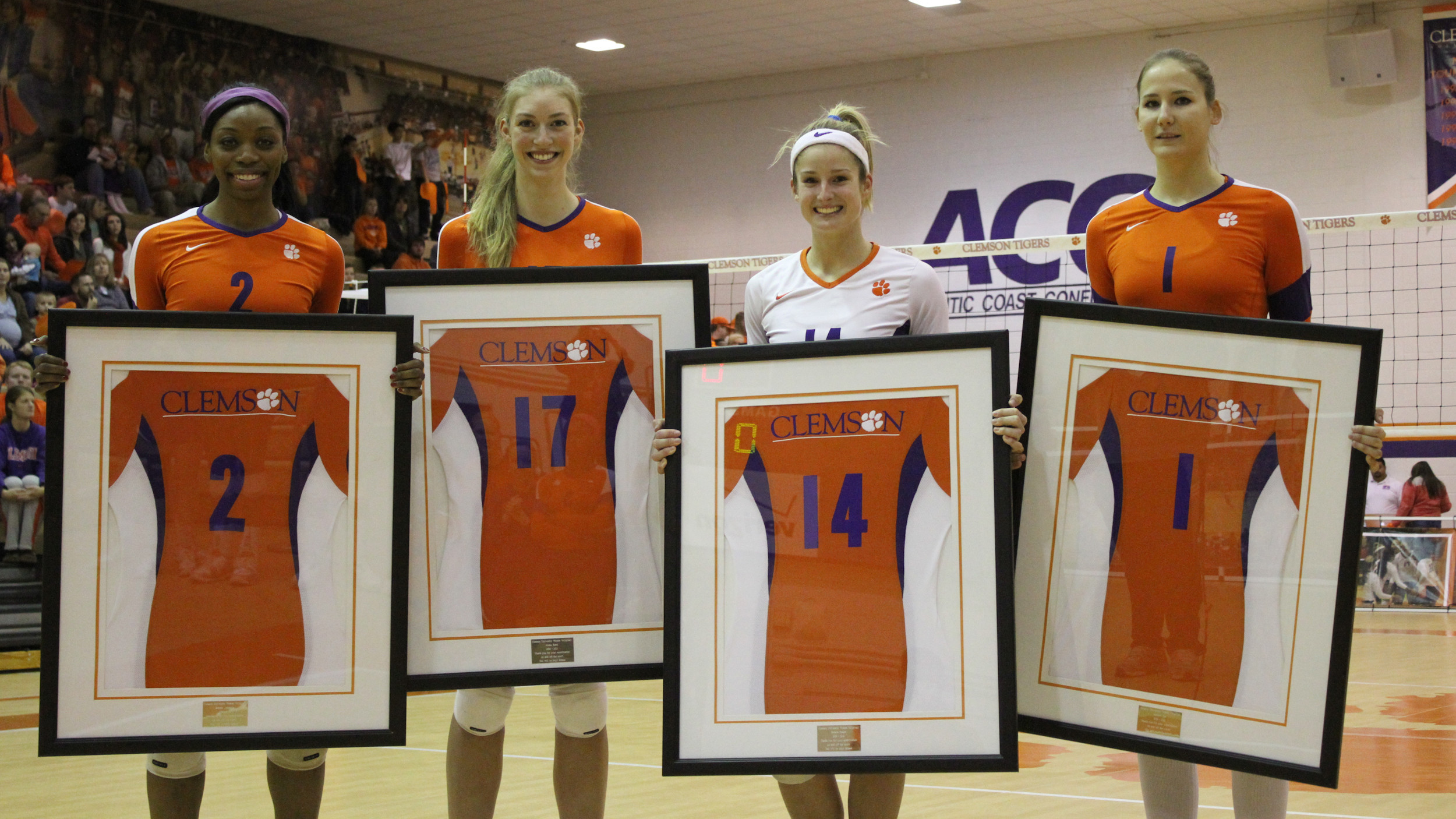 With the win, the Tigers earned a 20-win season for the 24th time in program history and 13th time in 20 seasons under head coach Jolene Jordan Hoover, who won her 510th career match.

Sandra Adeleye had six kills in the final set and finished with a match-high 17, hitting .406 for the Tigers, who hit .300 or better in each of the three sets that they won.

Serenat Yaz finished with her 37 career double-double, 13 kills and 13 digs, and also added two aces and two blocks, and was a perfect 31-for-31 on serve receive. Natalie Patzin had a match-high 18 digs. Alexa Rand finished with three kills and three blocks, including a crucial one in the fifth set to give Clemson a three-point edge.

Sophomore Kristin Faust tallied 14 kills and 16 digs, while junior setter Hannah Brenner had a season-high 54 assists and 16 digs. It was Faust’s eighth double-double of the season and Brenner’s tenth, and 32nd of her career. Mo Simmons put together 14 kills in 43 swings, and also added three blocks and seven digs.

Christiana Gray had 16 kills and nine blocks while hitting .464 in the loss for the Blue Devils. ACC digs leader Ali McCurdy finished with 17 in the match as well.

Clemson took the first set, 25-21, behind .302 hitting and 20 digs in the set, a high for the squad this season. Yaz, Adeleye, Faust, and Simmons each had four or more kills, while Yaz collected a team-high six digs in the frame.

Clemson came out of intermission against firing on all cylinders. The Tigers counteracted duke’s four blocks with 19 more kills, including six from Faust, who put away the set with her final kill.

The Blue Devils took a 19-11 lead in the fourth set and hit .260, while holding Clemson to .019 hitting. Gray had seven kills in eight swings in the set, as Duke had just three attack errors in 50 swings.

Clemson went to Adeleye early and often in the fifth set, as the senior tallied four kills and a block in the first six points, giving Clemson a 6-3 lead and forcing a duke timeout. Clemson forced another timeout with a 9-6 lead after Simmons and Rand combined on a block. Duke would tie the set at 9-9, but Yaz and Faust had consecutive kills to again give the Tigers the lead, this time for good. Adeleye finished the match with two more kills for Clemson’s 14th and 15th points.

The Tigers will close their regular season play on Tuesday against Georgia Tech in Jervey Gymnasium. After that, they’ll wait on a call to find out if they’ve qualified for the NCAA Tournament.