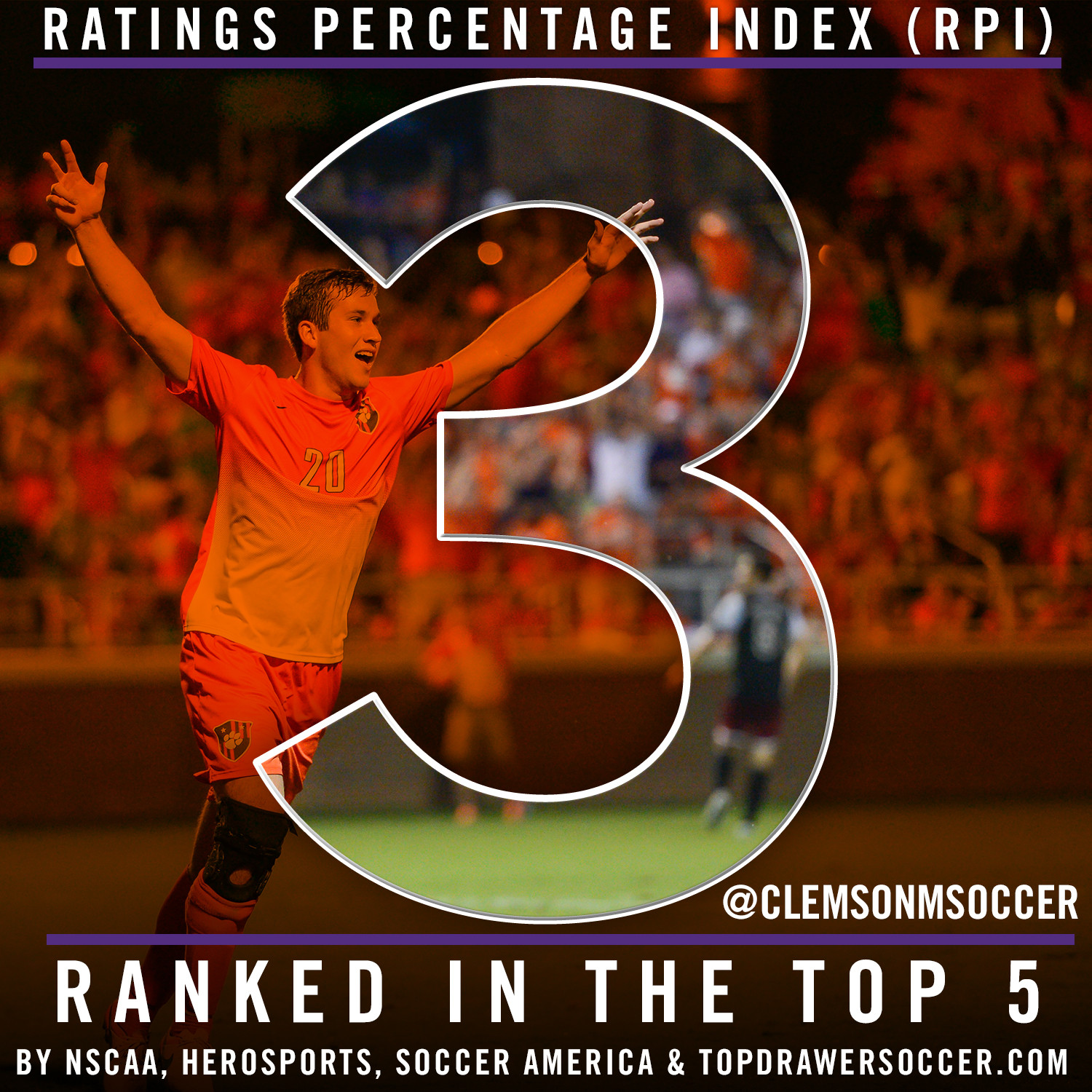 Tigers Listed Third in RPI, Ranked in Top Five in All Four Polls

CLEMSON, S.C. – The Clemson men’s soccer team is ranked third in the first Ratings Percentage Index (RPI) of the 2015 Division 1 men’s season, released by the NCAA earlier this week. Four Atlantic Coast Conference teams hold the top four spots in the RPI, while no other conference has more that one team in the top 10.

In addition to the RPI, the Tigers are ranked in the top five in four national polls. Clemson is ranked No. 3 in the nation by HeroSports.com and maintained its No. 5 ranking in the Soccer America poll. The team is also ranked fifth by the NSCAA and TopDrawerSoccer.com. Creighton, for the second-straight week, still stands atop the Soccer America, TopDrawerSoccer.com and NSCAA polls.

The Tigers return to action on Friday, Oct. 2 as they host Virginia Tech at 5 p.m. at Historic Riggs Field. The match will be a part of the celebration of the 100th Anniversary of Riggs Field. For details on the celebration, visit this page: http://bit.ly/Riggs100.