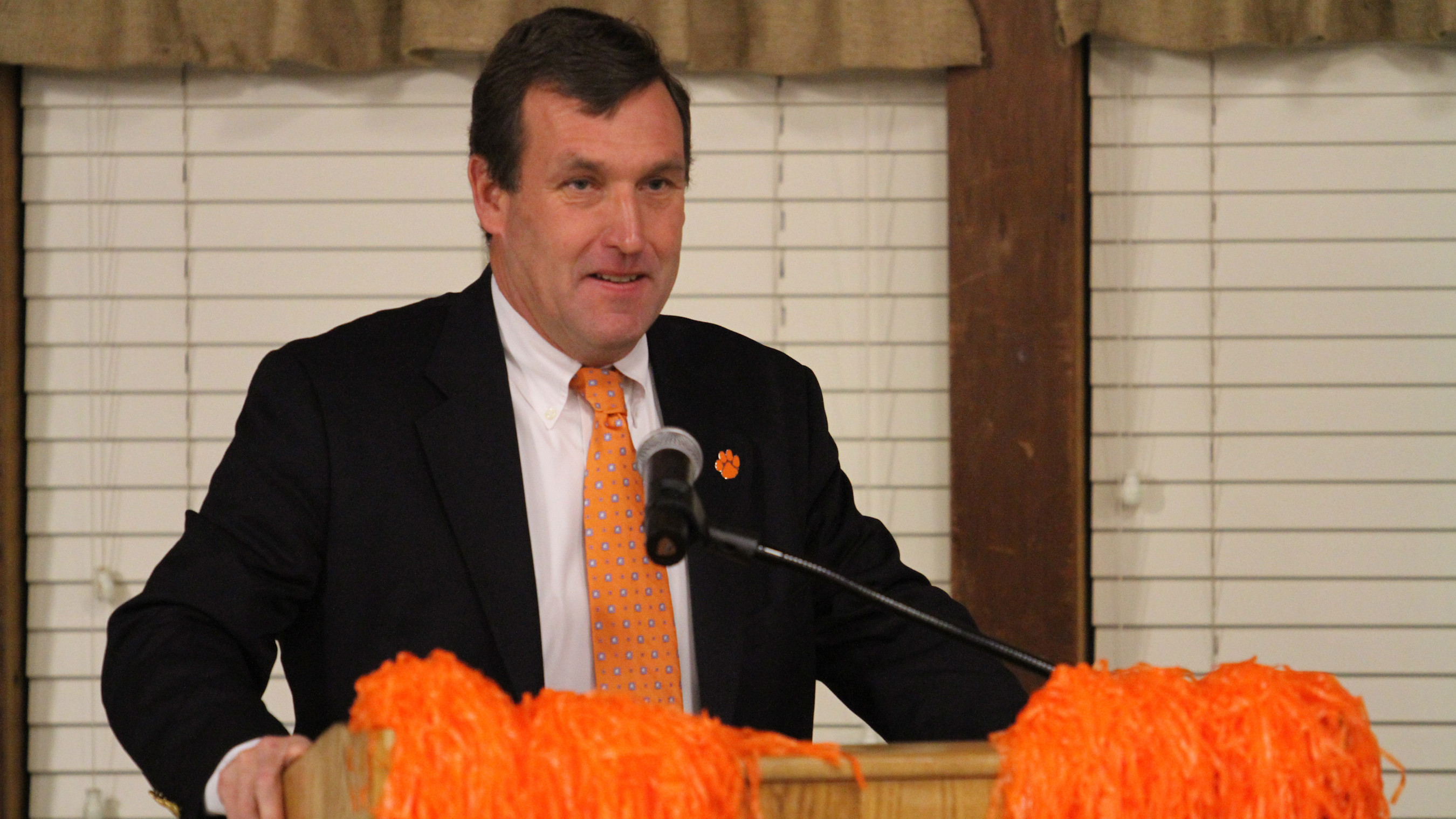 CLEMSON, SC – The Clemson men’s soccer team was honored with an awards banquet held at Kresge Hall at the Outdoor Laboratory on the university’s campus Wednesday night. After an address by Associate Athletic Director Bill D’Andrea and Head Men’s Soccer Coach Mike Noonan, players were presented awards and the team recognized for their achievements for the 2013 season.Thomas McNamara, a graduate student, was named the Most Valuable Player and was the recipient of the team’s Offensive Player-of-the-Year award. McNamara was a first-team All-Atlantic Coast Conference Player in 2013. He was a two-time ACC Player-of-the-Week selection, and was a National Player-of-the-Week honoree. McNamara was also named to the All-ACC Tournament team. McNamara was named a National Soccer Coaches Association of America (NSCAA) Second-Team All-American and was named first-team All-South by the NSCAA. He was selected third-team All-American by CollegeSoccerNews.com. McNamara led Clemson to the NCAA Tournament for the first time since the 2006 season. He also led the Tigers to 13 victories, the most since the 2006 season. The five ACC victories were the most since 1998. McNamara scored four game-winning goals in 2013 while leading the Tigers (11-7-3) to the first round of the NCAA Tournament. The four game-winning goals are the most since Dane Richards had seven in the 2005 season. The 22 points he accumulated in 2013 is also the most for a Tiger since Richards had 31 in 2006. He led the team in goals scored (7) and assists (8). In 2013 he served as the team’s captain. McNamara was named a first-team scholar All-American as selected by the National Soccer Coaches Association of America (NSCAA). He was also named first team scholar All-South by the same organization. In November, he was named a first-team Academic All-American as selected by the College Sports Information Association of America (CoSida). He was the 18th person in Clemson athletic history to be named an All-American both on and off the field in the same academic year. He is only the second men’s soccer player to accomplish this feat. Sophomore goalkeeper Chris Glodack won the Coach’s Achievement Award. He finished the season having started six matches and had a 5-1-0 record. He recorded four shutouts. He was named to the TopDrawerSoccer.com National Team-of-the-Week on September 16 for his play in the NC State match on September 14. Glodack had a career-high seven saves against NC State on September 14, as the Tigers were victorious, 1-0. He shut out four opponents, Virginia, NC State, USC Upstate and Pittsburgh, and he finished the year with a 0.65 goals allowed average. He also made 20 saves during the year. Sophomore defender, Kyle Fisher won the team’s Defensive Player-of-the-Year Award. Fisher, a defender, was named third-team NSCAA All-South. He was also named third–team All Atlantic Coast Conference. He played and started in all 21 matches for the Tigers. Fisher scored two goals in 2013, both of them game-winners. Fisher scored the game-winning goal in the USC Upstate match in Clemson’s 2-0 victory on September 24. He also scored the game-winning goal against North Carolina on November 12 in the quarterfinal round of the ACC Tournament.Andrew Tarbell, a freshman goalkeeper, was the recipient of the Newcomer-of-the-Year Award. Tarbell started 15 matches for the Tigers and allowed only 16 goals. He finished the year with a 1.01 goals allowed average and had 36 saves. He also finished the 2013 season with four solo shutouts.Clemson Men’s Soccer 2013 Award Winners Most Valuable Player – Thomas McNamara Coach’s Achievement Award – Chris Glodack Offensive Player-of-the-Year – Thomas McNamara Defensive Player-of-the-Year – Kyle Fisher Newcomer-of-the-Year – Andrew Tarbell