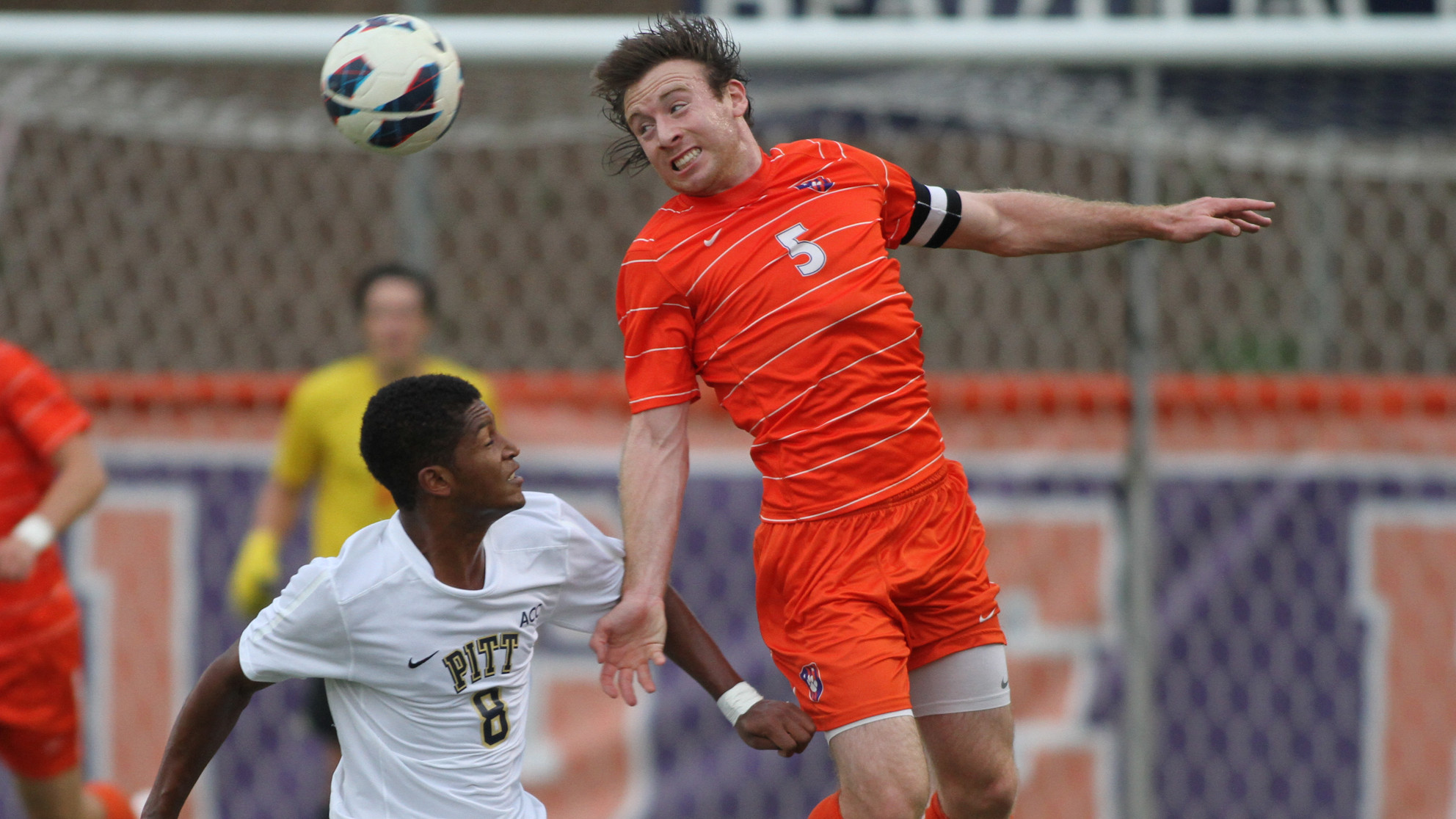 CLEMSON, SC – Clemson men’s soccer player Thomas McNamara was drafted by Chivas USA in the MLS Draft held today in Philadelphia, PA. The midfielder was the first pick in the second round, the 20th overall selection. Chivas USA plays in the Los Angeles suburb of Carson, CA. He is the first Clemson player drafted since the 2007 selections. McNamara is tied for the ninth highest selection for a former Clemson player in the history of the MLS draft. “We are very excited for Thomas and the program,” said Clemson Head Coach Mike Noonan. “He was a great college player and this will transition well as he starts his professional career. He is one of the most creative players taken so far in the draft. I thought he could have gone even earlier.” McNamara scored four game-winning goals for Clemson in 2013 while leading the Tigers (11-7-3) to the first round of the NCAA Tournament. The four game-winning goals are the most since Dane Richards had seven in the 2005 season. The 22 points he accumulated in 2013 are also the most for a Tiger since Richards had 31 in 2006. He led the team in goals scored (7) and assists (8). In 2013 he served as the team’s captain. McNamara was a first-team All-Atlantic Coast Conference Player in 2013. He was a two-time ACC Player-of-the-Week selection, and was also a National Player-of-the-Week selection. McNamara was also named to the All-ACC Tournament team. He was named a National Soccer Coaches Association of America (NSCAA) Second-Team All-American and was named first-team All-South by the same organization. He was selected third-team All-American by CollegeSoccerNews.com. McNamara led Clemson to the NCAA Tournament for the first time since the 2006 season. He also led the Tigers to 13 victories, the most since the 2006 season. The five ACC victories were the most since 1998. McNamara was named a first-team scholar All-American by the National Soccer Coaches Association of America (NSCAA). He was also named first team scholar All-South by the same organization. In November, he was named a first-team Academic All-American by the College Sports Information Association of America (CoSida). He was the 18th person in Clemson athletic history to be named an All-American both on and off the field in the same academic year. He is only the second men’s soccer player to accomplish this feat.