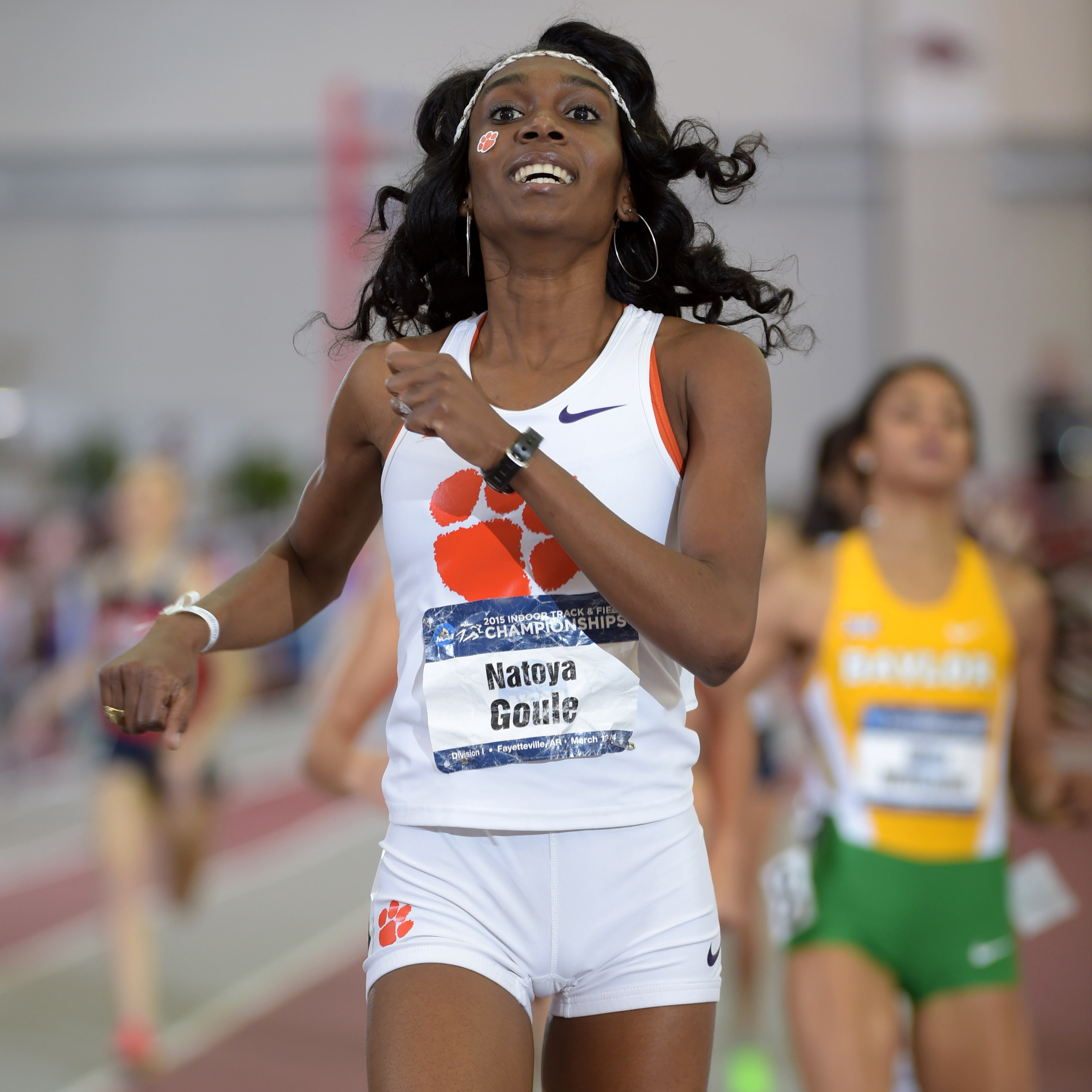 CLEMSON, S.C. — Natoya Goule took the cake in the women’s 800 after posting a record-breaking time to highlight the final day at the NCAA Indoor Track & Field Championships, while the women’s 4×400 posted a record-breaking performance to cap off the meet. The Clemson women tied for 12th overall in the team race with 15 points. Arkansas won the women’s meet, while Oregon claimed the men’s title.

Goule’s 2:01.64 time set a new meet record and topped her previous ACC record of 2:02.77, set in Friday’s prelims. Her first-place 800-meter finish was also the first by a Clemson female at NCAA Indoors, and gives Goule her second indoor crown and third overall since winning a pair of titles in 2013 at LSU.

The women’s 4×400 finished the indoor season out strong after topping the previous Clemson record by almost two seconds. The team composed of Olivia James, Nia Fluker, Deja Parrish and Goule took second in their heat after USC and fourth overall. The group clocked a time of 3:30.88, led by Goule’s 51.64 split on the anchor leg.

Shai Carpenter took 11th in the men’s triple jump in his first trip to an NCAA Championships meet. The senior out of Mauldin High School jumped 51-6.5 on Saturday.