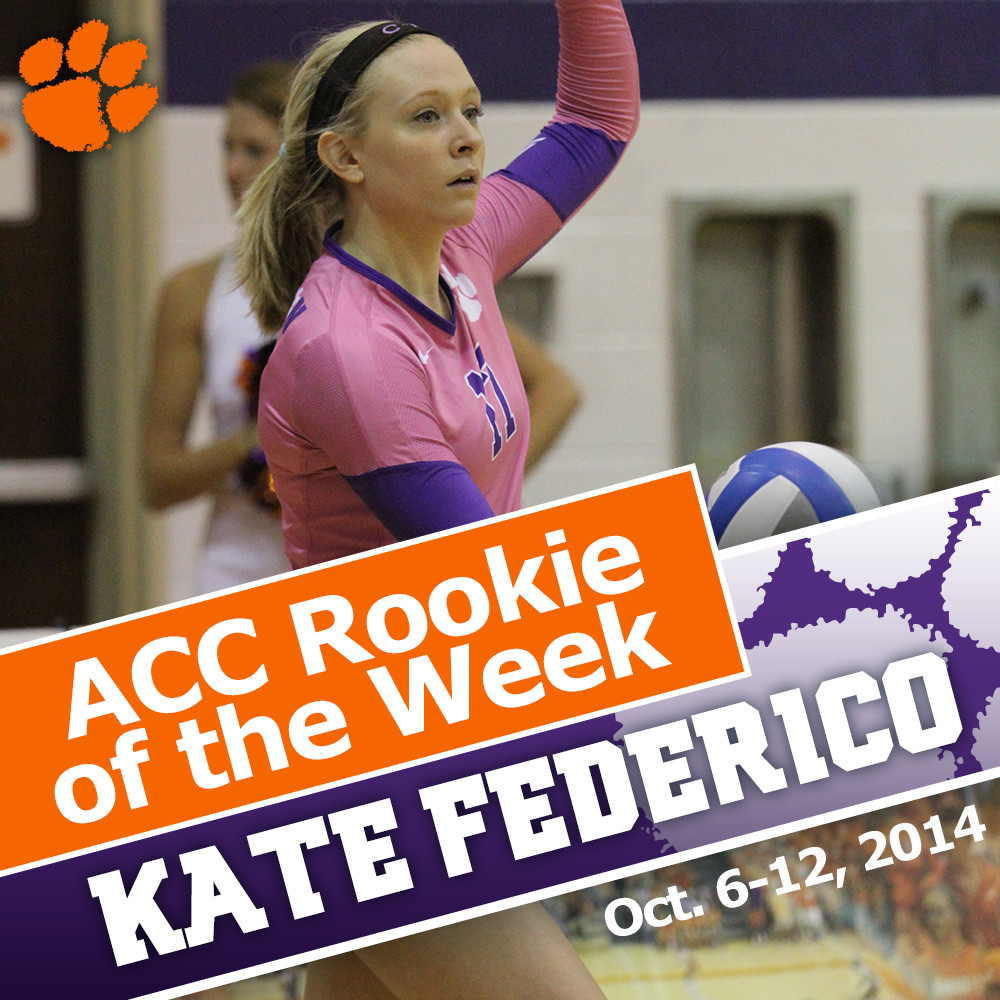 CLEMSON, S.C. – Freshman setter Kate Federico was named the ACC Volleyball Rookie of the Week for the week of Oct. 6-12 as announced by the conference office on Tuesday morning. Federico ran the offense in the Tigers’ conference wins over Virginia Tech (3-2) and Georgia Tech (3-1) in Jervey Gym over the weekend, helping the team improve to 13-5 overall and 2-3 in ACC play.

The native of Plainfield, Ill. posted 90 assists overall, 46 against Virginia Tech and 44 against Georgia Tech, for a 10.00 assists per set average. Against Georgia Tech on Sunday, three Tiger hitters hit .455 or better individually, including Karis Watson, who recorded a .636 hitting percentage (eight kills, one error, 11 attempts), while the team as a whole hit .339 for the match. She led four hitters to double-digit kills on the weekend, including graduate Haleigh Hampton, who posted a weekend-best 20 kills in the victory over the Hokies.

Federico has 672 assists on the season for a 9.88 per set average. The 9.88 average ranks fifth in the conference statistical rankings. She currently ranks fifth in school history in terms of assists in a single season by a freshman, and needs just 81 to move ahead of Hannah Brenner (752) into fourth place in program history in the category. Federico also leads the Clemson team in service aces with 22 and ranks second on the team in digs with 177 through 18 matches.

The rookie setter is the first Tiger to garner ACC Rookie of the Week honors since sophomore outside hitter Leah Perri did so twice in 2013 (Oct. 7-13 and Oct. 26-Nov. 3).