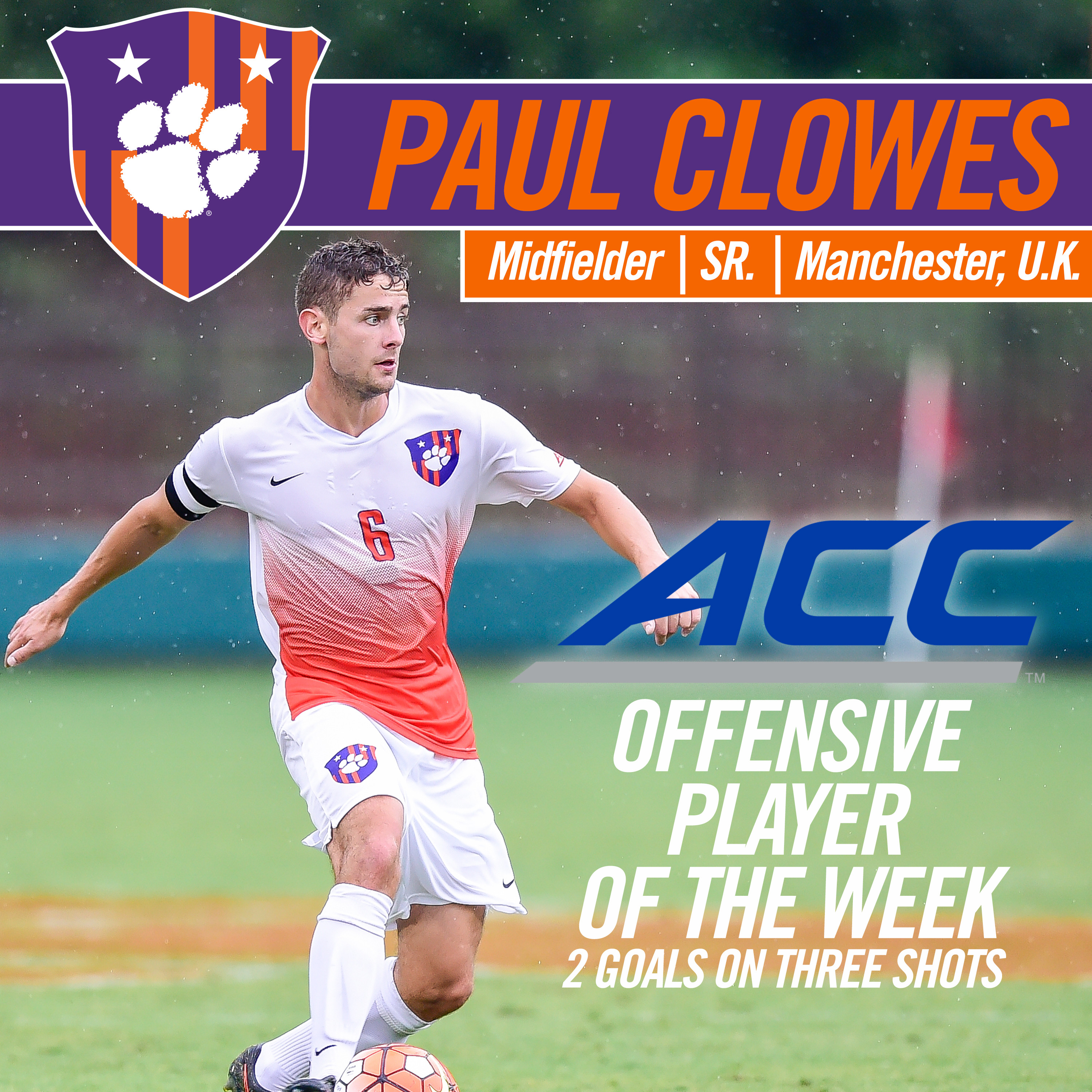 Clowes, a team captain this season and native of Manchester, U.K., equaled his goal total from last season in one weekend this season. He has taken only three shots so far this season, all of which have been on goal.

Clowes is picking up where he left last season, when he was named the Most Valuable Player of the ACC Tournament and paced Clemson during NCAA Tournament play.

As a team, Clemson scored seven goals in two matches last weekend. The Tigers will look to improve to 3-0-0 on the season when South Carolina visits Historic Riggs Field Friday night at 7:30 p.m.