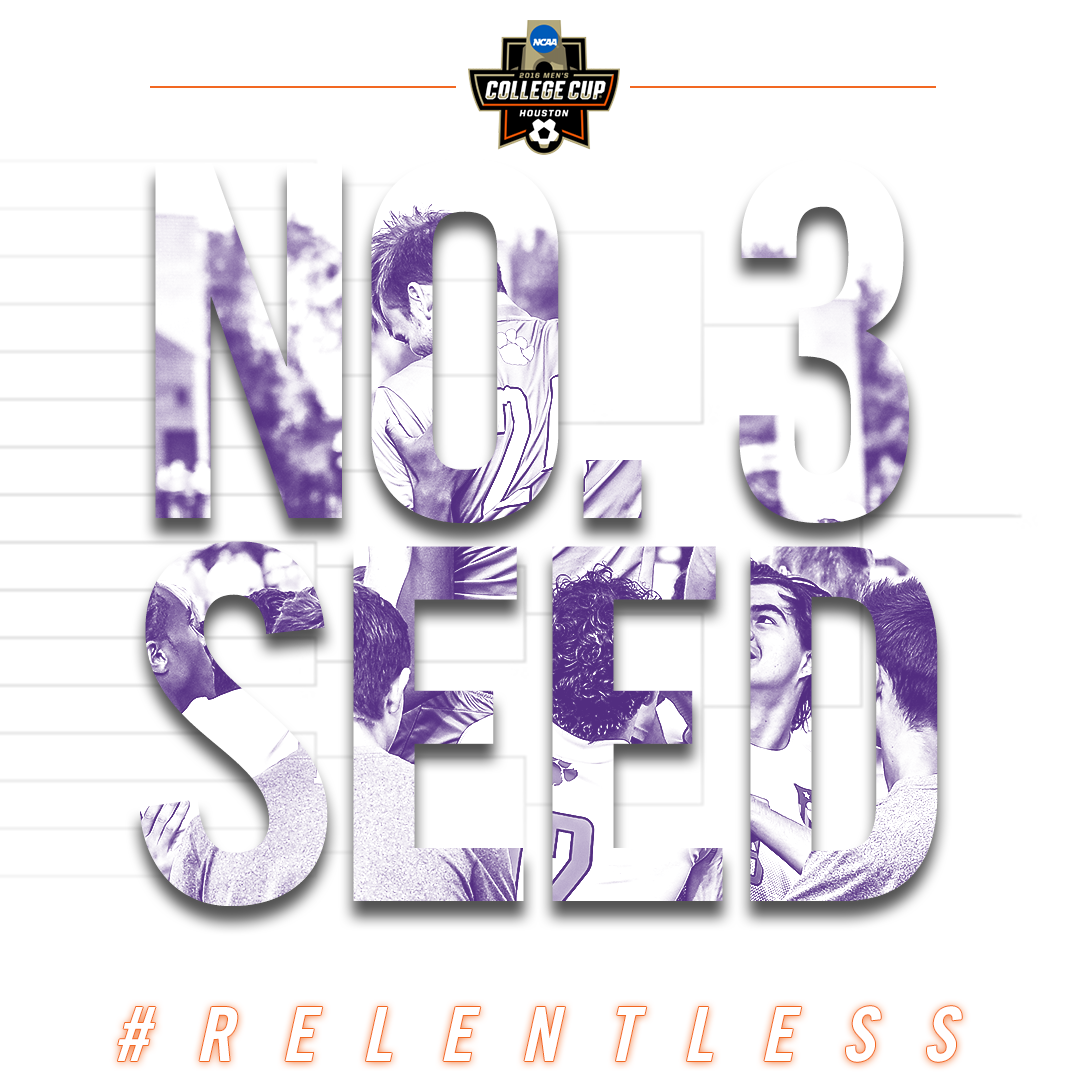 CLEMSON, S.C. – The third-ranked Clemson men’s soccer team is the No. 3 National Seed in the 48-team bracket for the 2016 NCAA Tournament, as announced by the NCAA on Monday afternoon. The Tigers play the winner of South Carolina and Mercer, in the second round on Sunday, Nov. 20 at Historic Riggs Field. The time of the match and ticket information are set to be announced later in the week.

This is Clemson’s fourth straight NCAA Tournament berth and fourth under Head Coach Mike Noonan. It is the third-consecutive year that the Tigers have earned a first round bye. It is the program’s 29th all-time appearance in the NCAA Tournament, and Clemson has a 49-26-5 record in the national tournament all-time. Nine bids by the ACC this year is a new NCAA record for most from any conference. Clemson has played against 13 teams this season that earned bids to the tournament.

Ticket Information: Tickets can be purchased online at ClemsonTigers.com or at the Historic Riggs Field gates prior to the match on Sunday. The match is set to begin at 6:00 p.m. on Sunday. Ticket prices are as follows: