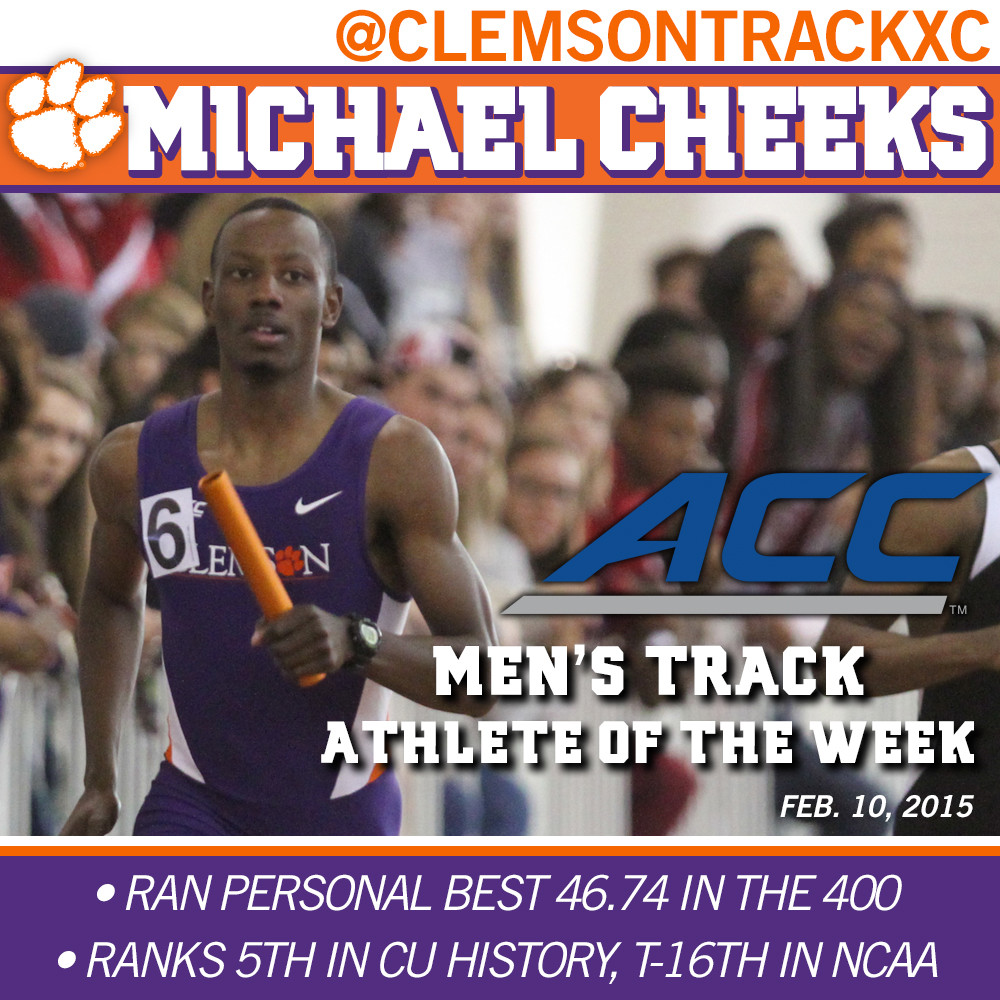 CLEMSON, S.C. — Michael Cheeks has been named the Atlantic Coast Conference Men’s Track Athlete of the Week, the league office announced Tuesday. The honor, Cheeks’ first, comes after the sophomore ran a personal best in the 400 dash at the Aggie Invitational in College Station, Texas.

Cheeks finished third in a fast section of the 400, with a time of 46.74. His time puts him fifth in Clemson’s record books, and is tied for 16th on the national performance list.

Cheeks and his teammates return to the track this weekend to compete at the Tyson Invitational in Fayetteville, Ark.