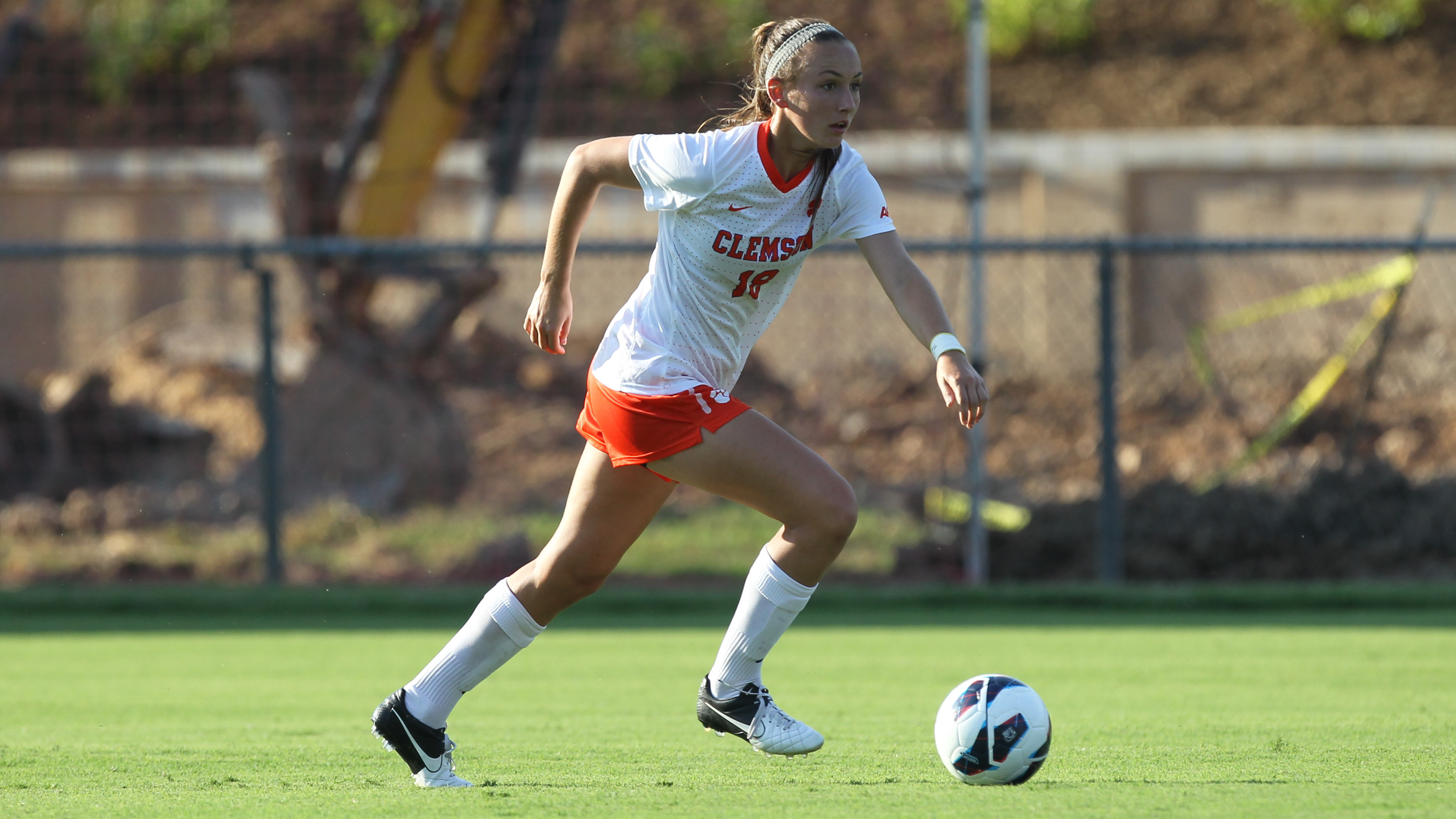 CLEMSON, SC – Clemson freshman defender Claire Wagner has been invited to attend the United States Under-20 Women’s National Team training camp from Nov. 24-Dec. 1. The camp will be held at the U.S. Soccer National Training Center at the StubHub Center in Carson, CA.

The camp will serve as a bridge to the team’s mid-December camp in Florida, which will be the final preparation before the CONCACAF Women’s U-20 Championship in the Cayman Islands in January 2014. The top teams from that event will earn berths in the 2014 FIFA U-20 Women’s World Cup, which will be held in Canada in August 2014.

Wagner and the other players in attendance at next week’s camp will be competing for spots on the U.S. U-20 roster for these upcoming events. Wagner has previous experience with the U.S. Soccer program, as she was a member of the United States U-17 Women’s National Team that competed in the U-17 Women’s World Cup in Baku, Azerbaijan in the fall of 2012.

“Being invited to a national team camp is a feeling that is almost indescribable,” said Wagner. “It’s exciting because every camp is a new experience and a chance to get better with a different group of players, but at times it can also feel like the pressure is at an all-time high. Either way, I try to embrace both feelings because I know that nothing but good can come out of the time spent at camp. Being able to wear the USA emblem and know that is what you’re working towards representing in the long run is an amazing feeling. It also makes me sit back and think about everyone and everything that has gotten me to this point, and for all of it I am truly thankful.”

Wagner started all 19 games on defense for the Tigers in 2013, and notched 1727 minutes on the field, more than any other player on the team. The native of Cary, NC also recorded two goals and one assist for five points on the season. Prior to the start of the 2013 season, she was one of 11 players named to TopDrawerSoccer.com’s Preseason Best XI Freshmen team.

“This is a wonderful honor for Claire,” said head coach Eddie Radwanski. “She is very deserving of this recognition. She had a very good 2013 season for us, gained valuable experience starting on the back line, and was certainly one of the top freshmen in the ACC. This is a great opportunity for Claire to represent her country and to have a chance to possibly participate in the U-20 World Cup. It is a tremendous honor and we are very excited for her.”