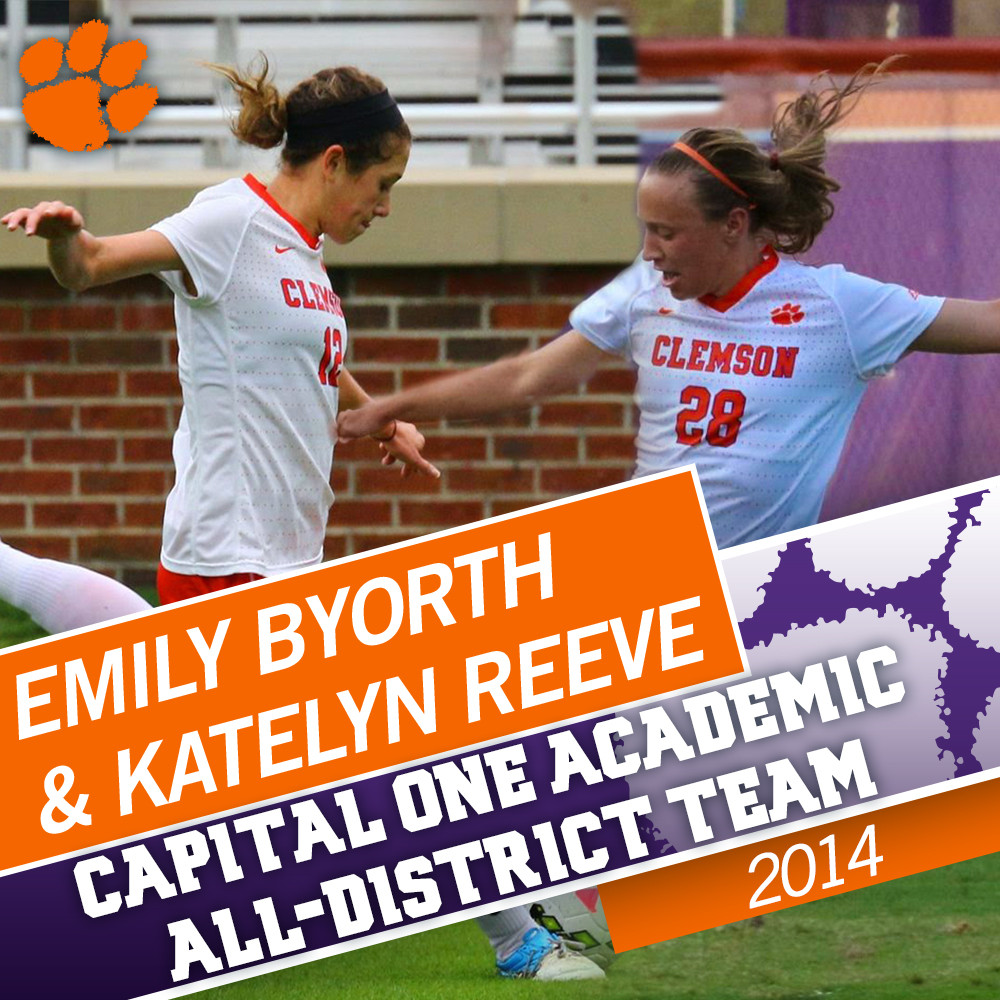 CLEMSON, S.C – Clemson senior midfielder Katelyn Reeve and sophomore defender Emily Byorth have been named to the 2014 Capital One Academic All-District 4 Women’s Soccer Team as announced by the College Sports Information Directors of America. It is the second-career academic all-district honor for Reeve, and the first for Byorth.

Reeve has a 4.0 cumulative grade point average in biological sciences. The Cary, N.C. native has played in 72 games, starting 69, in her Clemson career and has scored four goals. The two-time team co-captain was named to the ACC Academic Honor Roll from 2011-2013 and has been named to the Clemson President’s List every semester over the past three years.

Byorth, a health sciences major, has a 3.97 cumulative grade point average. The Dublin, Ohio native has played in all 36 games of her young career, starting 26, and has one goal and five assists for seven points. She has started all 17 games on the Clemson back line so far in 2014, and scored her first career goal in the Tigers’ win over Pittsburgh on Oct. 26.