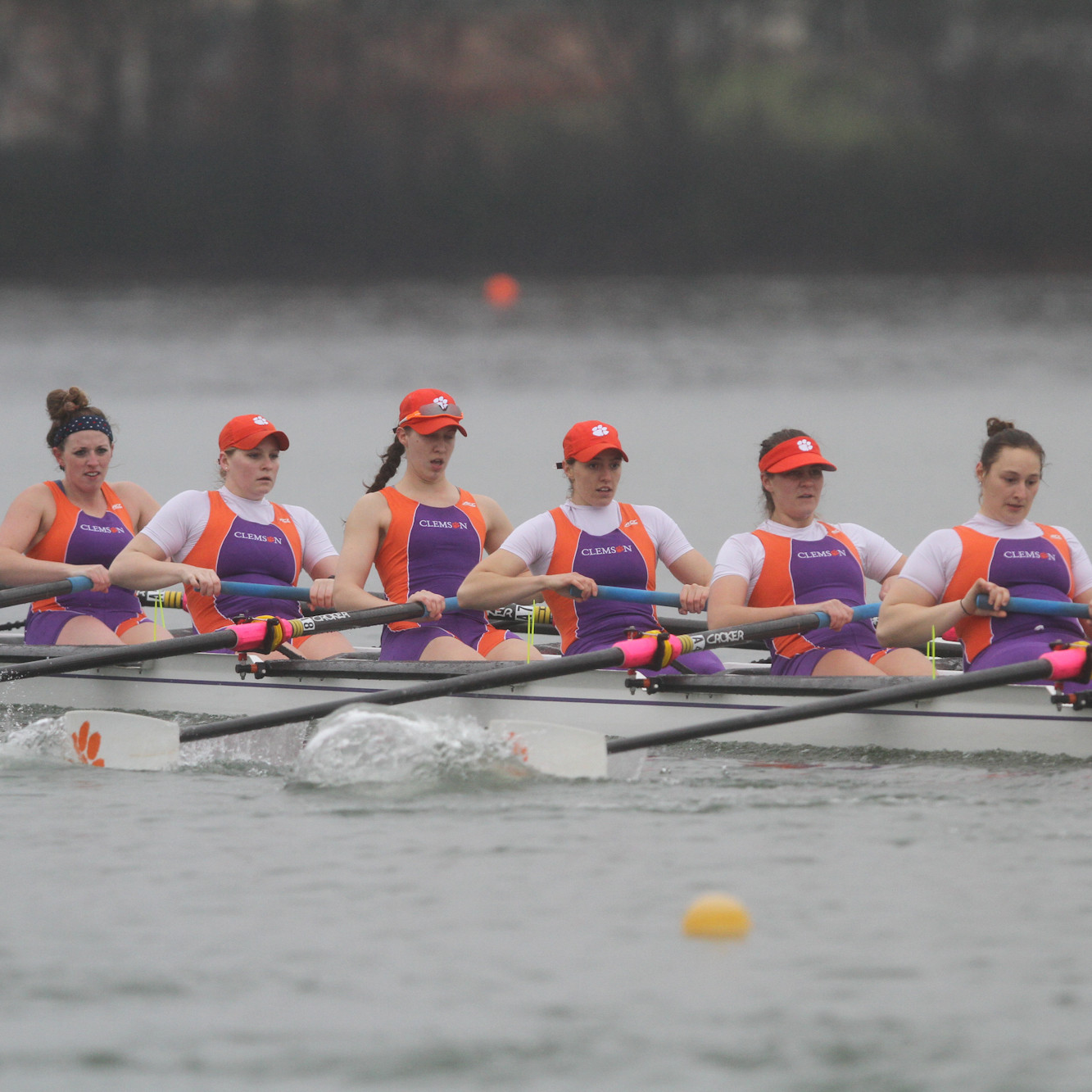 CLEMSON, S.C. – The 2015 Clemson Invitational concluded Sunday morning with 14 races. Rain dominated the forecast, as the crews had to battle the elements in addition to the tough competition.

“This was a great first experience for our staff,” said Head Coach Stephen Frazier Wong. “Everyone involved helped pull off an amazing event.

“This is one of those races from around the country that gives everyone a look at the competition across different conferences.”

Clemson rowed to a trio of fourth place finishes in the final session. The Tiger 1V8 finished with a time of 6:40.4 in the first race of the day for the Tigers. Top-ranked Ohio State earned the win, finishing at 6:23.5. Ohio State won in the 1V4 as well, with the Tigers in fourth place, 16.2 seconds behind. The Clemson 3V8 also finished in fourth of their race with a time of 7:12.4.

“Our crews fought through the weekend and learned valuable lessons on when to make moves when you’re faced with this type of competition.”

Clemson will have nearly a month off from competition before hosting the ACC Championships May 15-16 on Lake Hartwell.