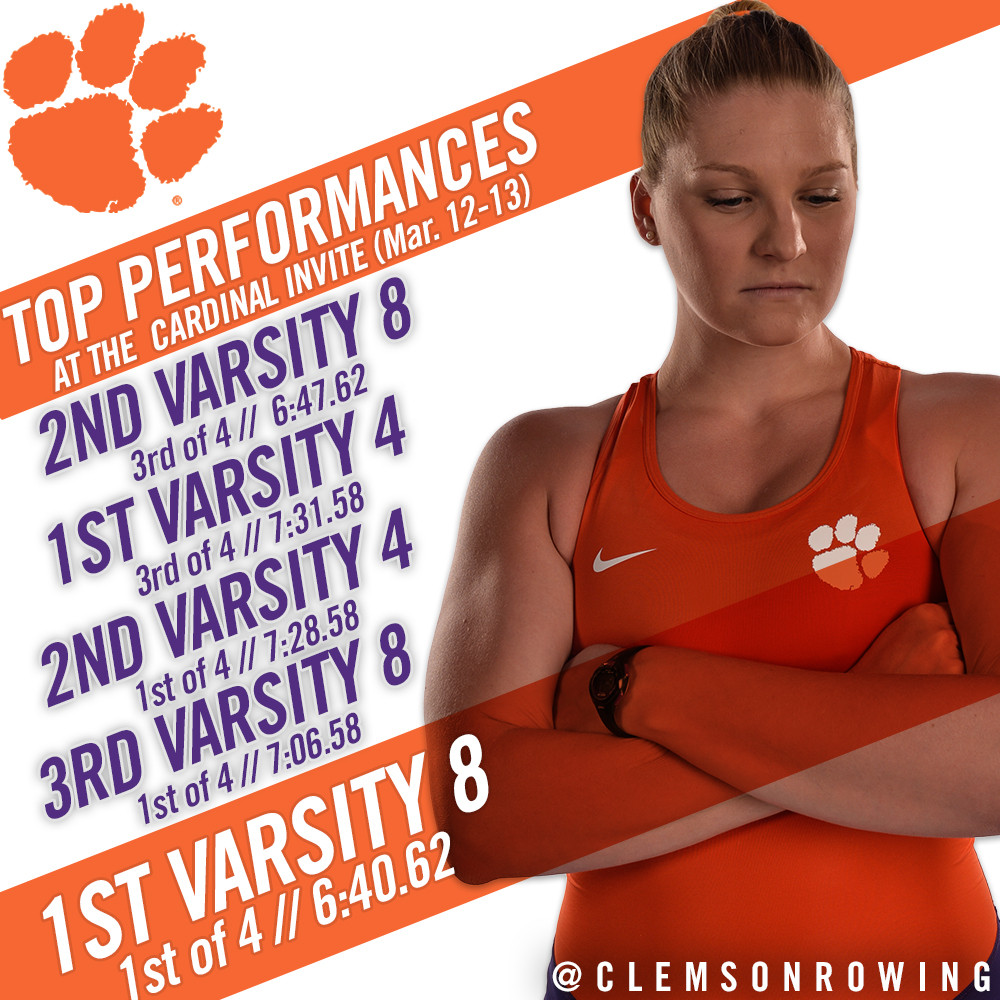 OAK RIDGE, Tenn. – Clemson Rowing returned to the water Sunday morning to round out the weekend’s competition at the Cardinal Invite. Despite the rainy conditions, the Tigers managed to give an inspired effort racing against Virginia, Louisville, and Oklahoma.

“I think this was a great first weekend of racing for us to have three races right in a row. From each race we learned something new to implement in the next one. It was a good learning technique for us to do those and see the changes, or if it didn’t happen what we’re going to work on for the next,’ said Senior Dana Zielinski.

“Today capped off a tough weekend definitely, but we had some really good learning that we can take from this race. We made some switches that in racing conditions let us see some things under intense pressure that maybe we don’t see in practice. We liked seeing those things today and with the racing as a whole,” said Head Coach Stephen Frazier Wong.

“We’re really happy with how they went out and applied all the lessons we’ve been trying to teach up to this point since November to race now. It was a good ending to the racing. It shows us we still have a lot more work to do heading into Spring Break, but I think they’re going to be refocused in doing it.”

The Tigers return home for the week before getting ready to host the Carolina Cup on March 19th, which will feature races against North Carolina and Duke.