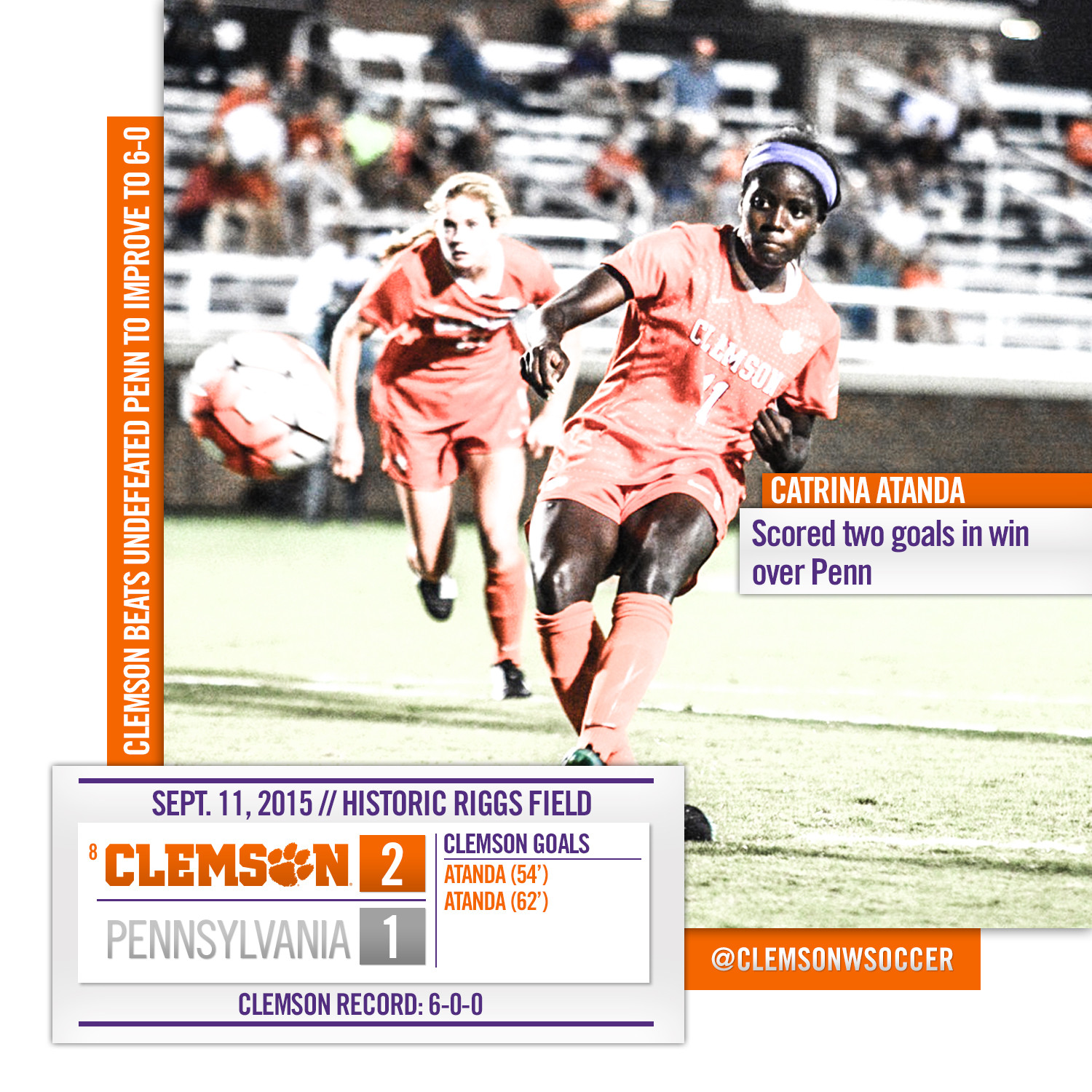 CLEMSON, S.C – Two goals by junior midfielder Catrina Atanda were enough to lift No. 8 Clemson (6-0) to a 2-1 victory over Penn (3-1) and give the Quakers their first loss of the season on Friday night at Historic Riggs Field.

The game was scoreless until the 54th minute when a pass from Alana Hockenhull was redirected by the left foot of Atanda. It was Atanda’s second goal of the season and Hockenhull’s first assist of the season.

Atanda netted her second goal of the game and third of the season in the 62nd minute after a handball was called in the box against the Quakers. Atanda took the penalty kick for the Tigers and found the left side of the net to give the Tigers a 2-0 lead.

The Tigers held the 2-0 lead for twenty minutes when Penn took a free kick from 24 yards out that was headed into the goal to beat Clemson keeper Kailen Sheridan. Sheridan has allowed only four goals in 504 minutes this season for the Tigers.

The Tigers return to Historic Riggs Field Sunday, Sept. 13 at 1 p.m. for a match against USF, who is also 6-0 on the season. As always, admission is free to all regular season home games.