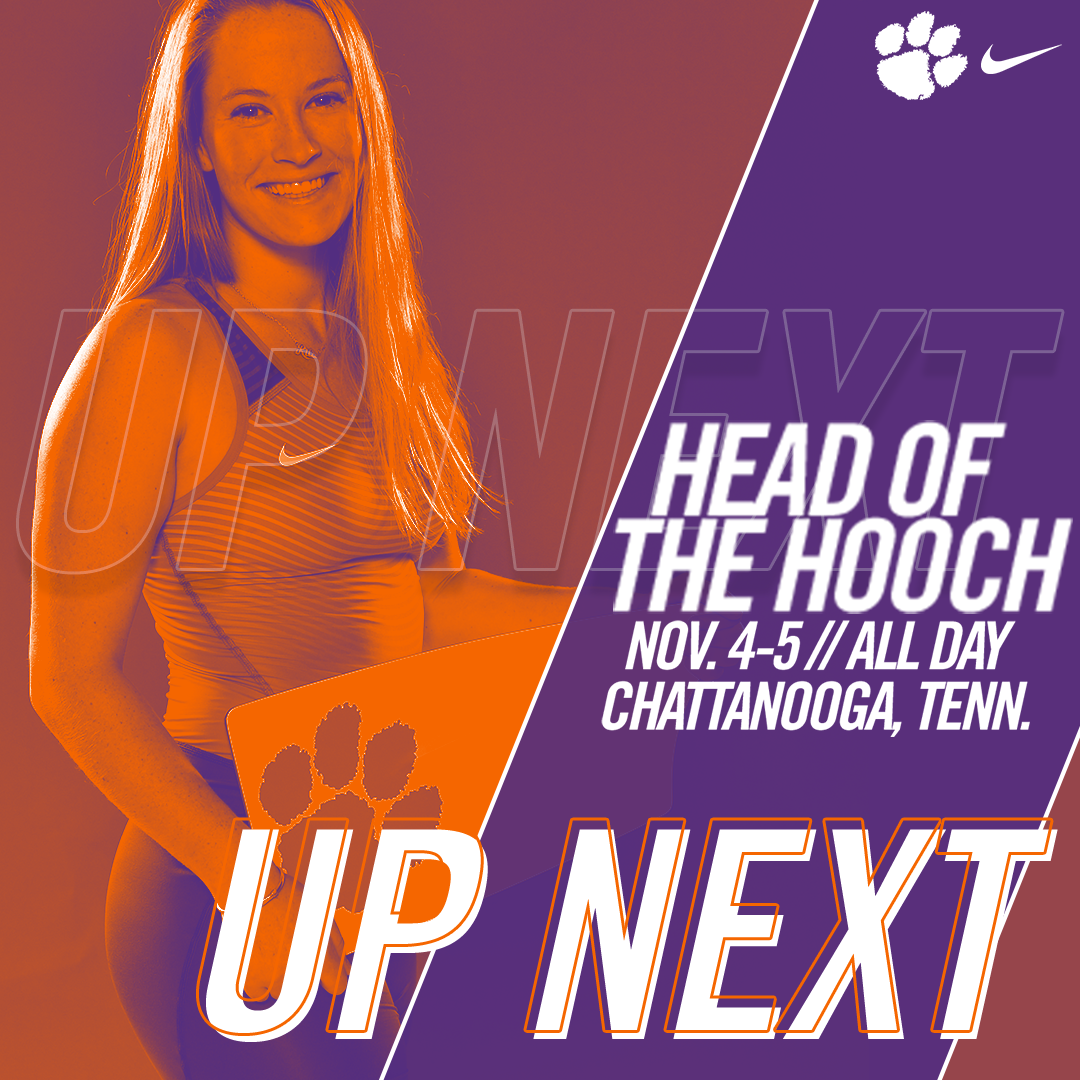 Tigers Travel to Head of the Hooch

CLEMSON, S.C. – The Clemson rowing team is set to continue its fall season this weekend at the Head of the Hooch regatta in Chattanooga, Tenn. this weekend. The Tigers will field a total of 17 boats across six events of the 5,000-meter head racing: the Championship eights and fours, the College and Club Novice eights, and the Open pairs, fours and eights.

“After only competing in one event at the Head of the Charles, we are looking forward to getting some valuable racing experience in Chattanooga this weekend,” head coach Stephen Frazier Wong said. “We’ll be racing a total of seventeen boats, throughout six events, over two days.  For most of our varsity rowers, it will be their first race this season, and for our freshmen, it will be their first opportunity to travel as a Clemson Tiger.”

The first three Clemson boats will race at approximately 1:00 p.m. on Saturday in the Championship 8+. Three novice crews will get their first taste of competition as Tigers at 2:10 p.m. in the novice 8+. Clemson’s Saturday action wraps up around 5:00 p.m. when four boats set out in the Championship 4+.

On Sunday, four Tiger boats will hit the water in the Open 2- at 12:10 p.m., followed by three entries in the Open 8+ 40 minutes later. The final competition Clemson will see action in is the Open 4x, and one Tiger boat will row in that event.