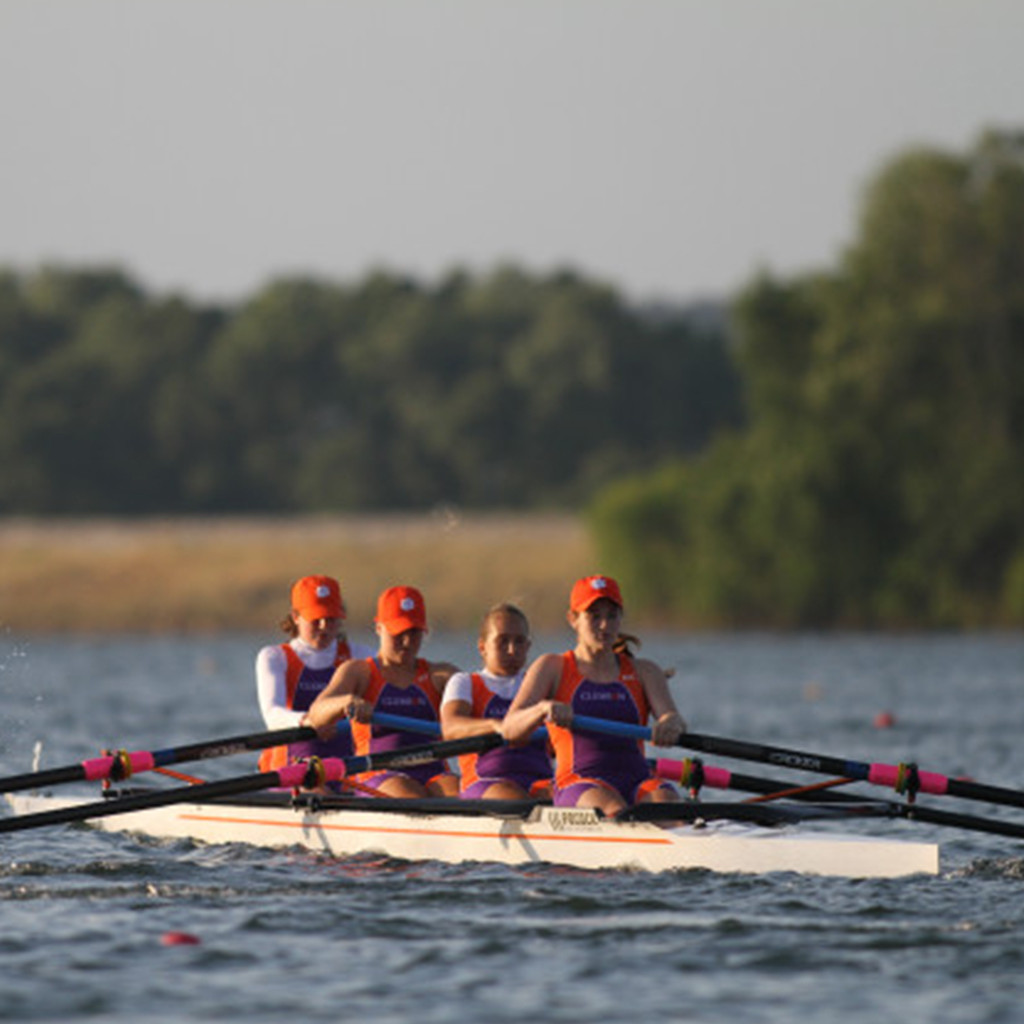 Tigers to Race in Tail of the Tiger

CLEMSON, S.C. – While the travel squad is in Boston this weekend, the rest of the team will compete in the Tail of the Tiger on Lake Hartwell in Clemson. Five Tiger boats will compete, with four V4+ and a Novice 8+.

Racing begins at 8:20 a.m.  and goes through the afternoon.

This race is a good opportunity for the novice squad get their first taste of collegiate action while also providing the varsity squad a fun start to the season.

The race being put on by the Clemson Club Rowing team.