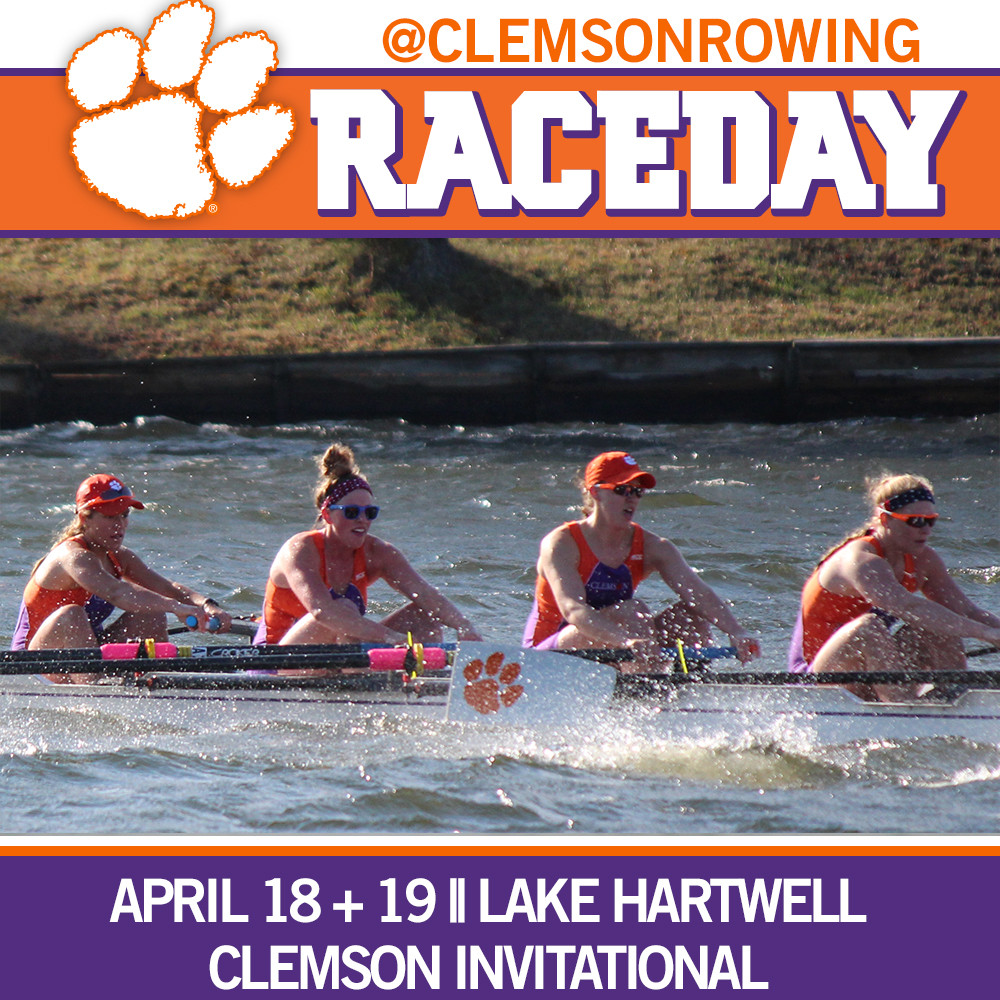 CLEMSON, S.C. – The rowing team will host the Clemson Invitational, one of the largest regattas the Southeast has to offer, April 18-19. A total of 21 schools will be in action, featuring some of the best competition in the country. Ten teams currently ranked in the CRCA/USRowing Coaches Poll and another five receiving votes will race on Lake Hartwell in three sessions Saturday and Sunday. Five seniors will be recognized after the Saturday morning session as part of Senior Day.

This marks the third year for the Clemson Invitational. The Tigers earned a pair of victories in 2014, in the first varsity fours and the second varsity eights. Attracting some of the best teams in the country, Clemson will square off against top-ranked Ohio State and fourth-ranked Virginia amongst a myriad of others.

The Tigers faced tough competition in their most recent regatta, the ACC/Big Ten Challenge, an event that featured both the Buckeyes and Cavaliers. The Clemson 3V8 defeated ninth-ranked Michigan in the morning session in Charlottesville, Va., a performance that earned them ACC Crew of the Week honors.

The Invitational will consist of three sessions – two Saturday and one Sunday. The morning sessions for Saturday and Sunday will begin at 8 a.m., while the afternoon session on Saturday will begin at 5:30 p.m. A complete schedule can be found here. After the Saturday morning session, Head Coach Stephen Frazier Wong will address the crowd to honor seniors Stephannie Allen, Samantha Duggan, Marissa Kump, Kerianne Pacheco and Aurelia Wurzel.

Racing will be streamed live at ClemsonTigers.com. Complete results can also be found there and by following the Tigers on Twitter, @ClemsonRowing.