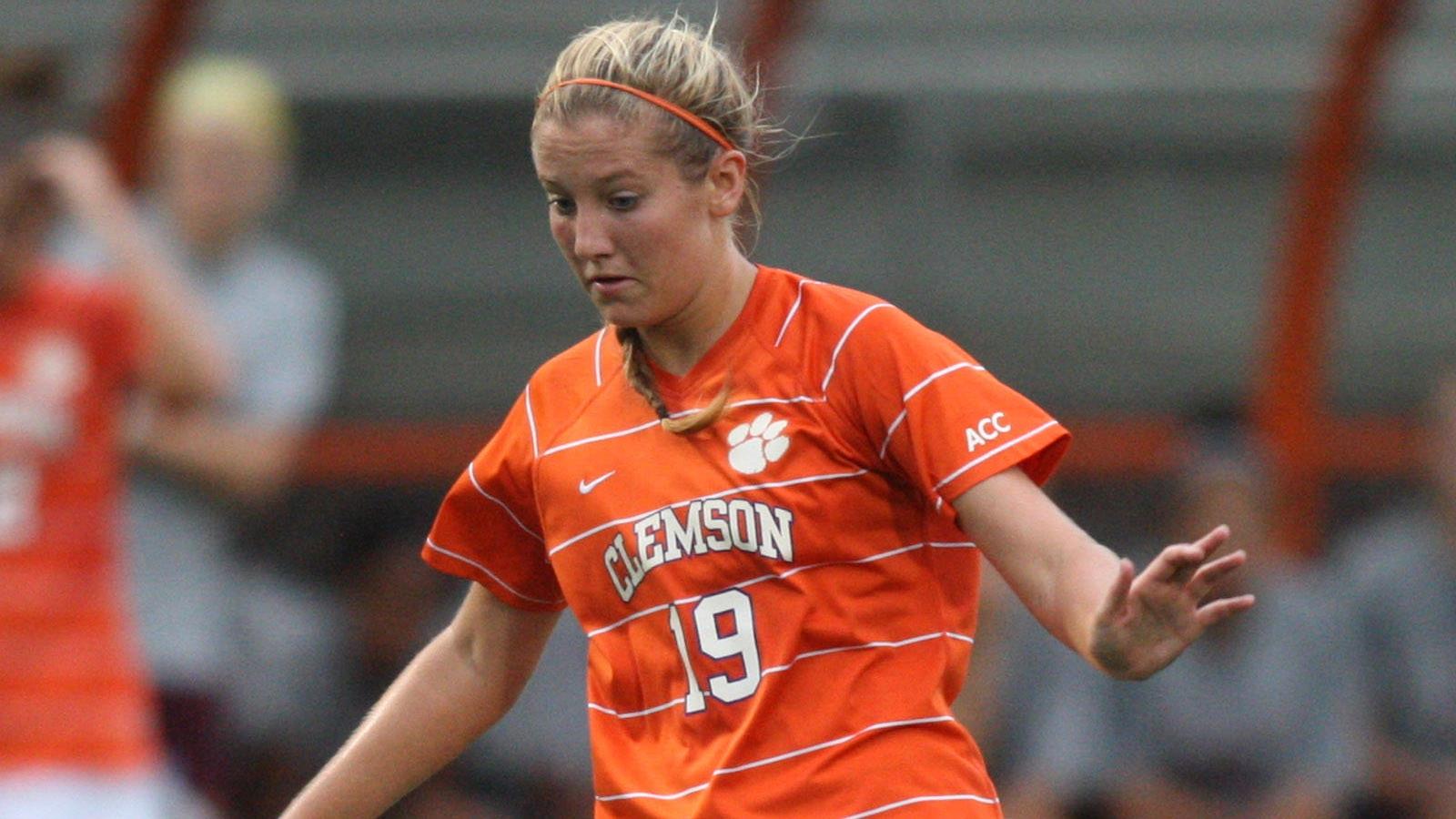 Tigers to Face Davidson and Charlotte on the Road this Weekend

CLEMSON, SC – The Clemson women’s soccer team will travel to the state of North Carolina this weekend to face Davidson and Charlotte.  The Tigers will play at Davidson on Friday night at 7:00 PM and at Charlotte on Sunday afternoon at 1:00 PM.

Three players are tied for second on the team in scoring with five points apiece – junior midfielder Vanessa Laxgang (one goal, three assists), junior forward Tabitha Padgett (one goal, three assists) and freshman midfielder Jenna Polonsky (two goals, one assist).  Freshman keeper Hunter Rittgers has recorded 19 saves and four shutouts (three solo), and has given up just two goals in over 537 minutes in goal for the Tigers.

Davidson has a 1-3 record so far this year, most recently falling to East Carolina (3-0) and UNC-Wilmington (3-2) on the road.  Tori Krause leads the Wildcats in scoring with two goals for four points.  Rachel Locke has 12 saves and has given up seven goals in 199 minutes in the net for Davidson.

The Tigers are 6-0 all-time against the Wildcats, with the six meetings all occurring from 1994-99, the first six years of the women’s soccer program at Clemson.  The last time the two teams met, on October 5, 1999, the Tigers defeated Davidson 1-0 on the road.

Charlotte has a 3-2 record, after falling to UNC Wilmington (3-0) and defeating East Carolina (1-0) in road games last weekend.  Sara Trexler has two goals for four points to lead the 49ers in scoring.  Annika McHenry and Alex Kubrick have recorded 14 and 10 saves, respectively, in goal for Charlotte.

Clemson has a 6-1 advantage in the series against the 49ers.  The two most recent meetings between the teams were in 2007.  The 49ers defeated the Tigers by a score of 3-1 in Charlotte during the regular season, but Clemson avenged the loss during postseason play with a 4-2 victory in the first round of the NCAA Tournament in Knoxville, TN.