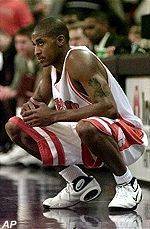 Solomon, who had six 3-pointers, scored more than 25 points for the 10th time this season. He leads the Atlantic Coast Conference at 21.1 points per game.

The Tigers, who lead the ACC in team defense holding opponents to 39.5 field goal shooting, limited the Seminoles to 37 percent, including 5 for 25 on 3-pointers.

Damous Anderson, who went to high school in nearby Greenville, led the Seminoles (9-12, 4-6) with 28 points, double his average. No other Florida State player scored in double figures. Ron Hale, the Seminoles leading scorer at 17.2 per game, had six points on 1 for 12 shooting.

The Tigers used an 11-0 run midway through the first half to pull away to a 35-23 halftime lead. Jurkunas was 4 of 5 on 3-pointers for 12 points and Solomon added 11 points, including three 3s. The 11-0 run was sparked by a pair of Solomon 3s around a Jurkunas bomb.

Clemson’s defense forced nine turnovers in the first half and limited the Seminoles to 36 percent shooting. Anderson had 10 first-half points.