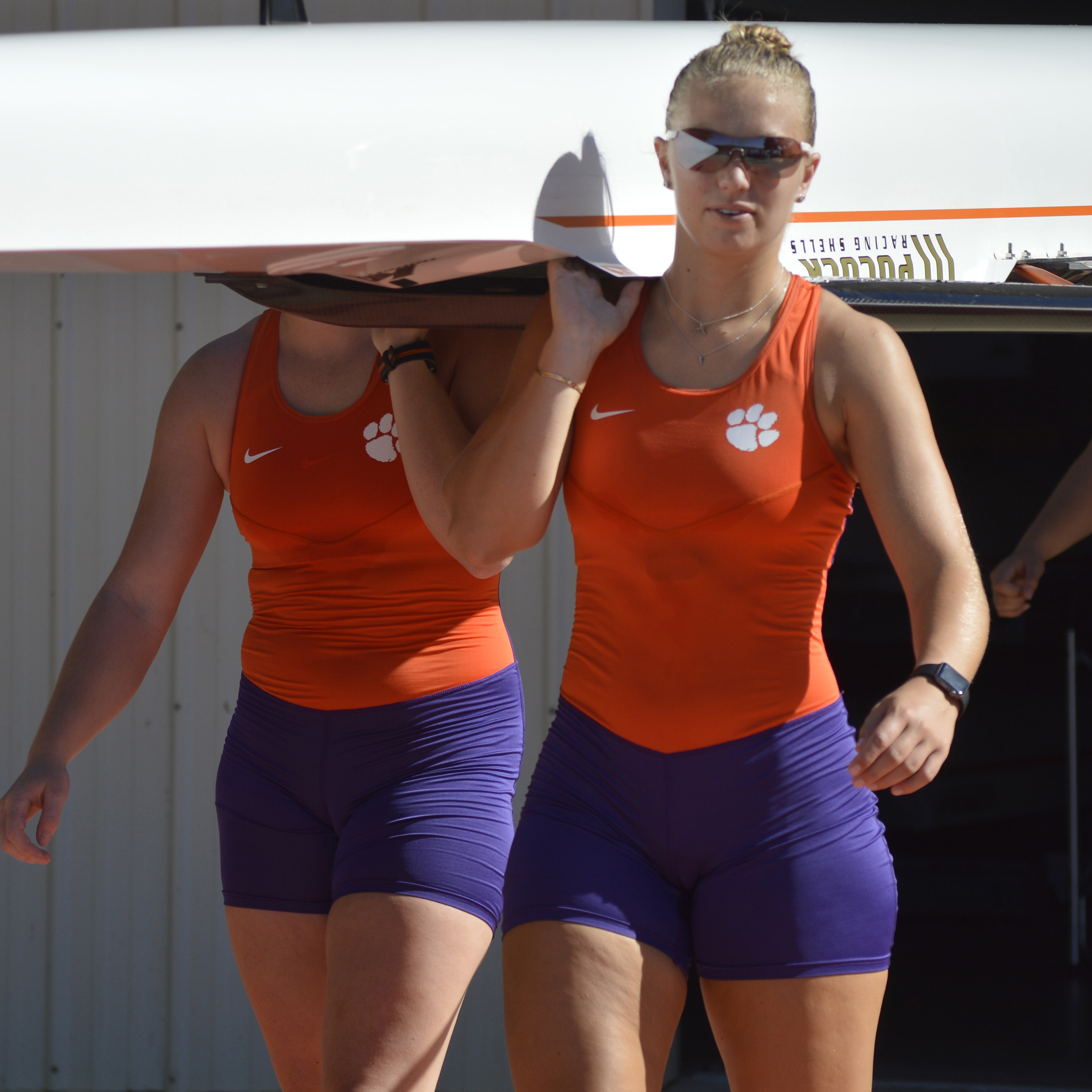 Tigers Successful at the Hooch

CLEMSON, S.C. — Three gold medals, including a podium sweep in the pairs, highlighted Clemson’s trip to the Head of the Hooch this weekend. The Tigers won the Open 8+ and 4x, part of a full Saturday and Sunday of rowing on the Tennessee River.

In the pairs, Cassidy Davidson and Ashley Robinson combined on a gold medal effort to outpace fellow Tiger teammates Anna McLean and Julia Meredith. The combination of Davidson and Robinson posted a time of 19:59.8. Brynn Hentschel and Claire Prevost took home the bronze in the pairs.

The Varsity 4+ was a tight competition, as Clemson’s two boats finished third and fourth and were separated by just 3.2 seconds on the 5,000-meter course. Clemson’s B boat got the best of the A boat, with a bronze medal time of 18:17.9.

In the Championship 8+ section, the Tigers tied for fourth with a University of Tennessee boat. The two boats raced to a time of 16:56.8. Clemson’s B boat was just two spots behind in sixth, crossing the finish line in 17:02.0.