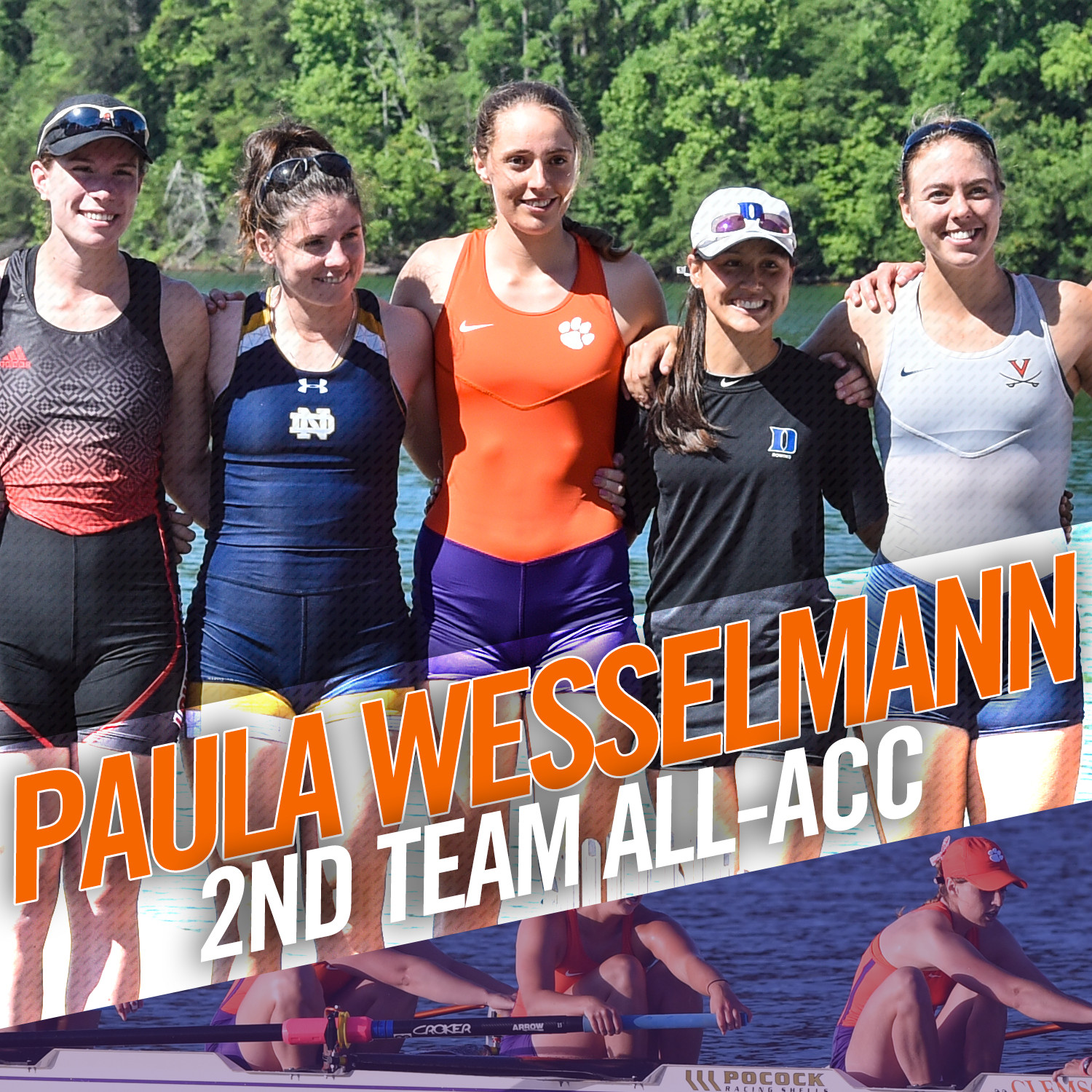 CLEMSON, S.C. — The Clemson rowing program finished sixth at the ACC Championship on Saturday. Virginia (99 points) won the team title for the 16th time, and was followed by Duke and Syracuse in a tie for second place (75).

“The biggest takeaway is the need to build that fire within everyone,” said head coach Stephen Frazier Wong. “We figured out some things late that led to an improved attitude, and we’re excited to go into the summer with those lessons. We’re not happy about the results, but we’re proud of the effort put forth by everyone. We all need to do more.”

“She still hasn’t stretched her boundaries as an athlete,” Frazier Wong said. “Paula has plenty of physical gifts, but she’s also mentally strong. It wouldn’t surprise me at all to see her return to Germany and be a national team caliber rower. She’s really come on, and to see it pay off is gratifying.”

The Second Varsity 4+ posted the top finish of the championship in fourth place. Led by ACC postgraduate scholar Anna Skochdopole, the Tigers made a strong push for third in the final 1,000 meters, charging ahead of Notre Dame and finishing less than a second behind Louisville. The crew turned in a time of 7:27.30.

Clemson closed out the spring season with a fifth-place showing in the Third Varsity 8+, posting a time of 6:50.84. The 1V8, 2V8 and 1V4 crews all placed sixth in their respective finals.