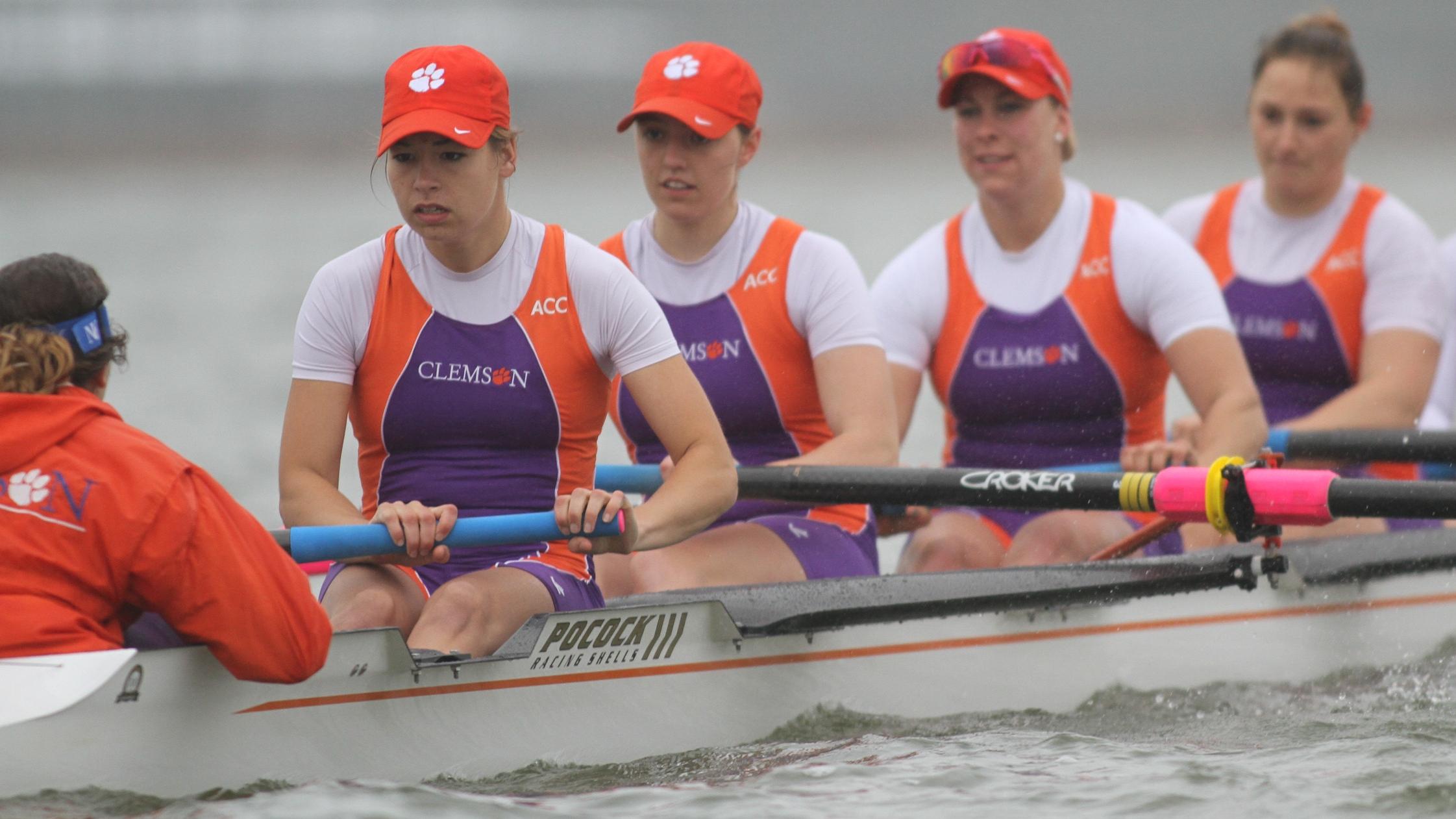 Tigers Set for Saturday Tilt with No. 7 Princeton

CLEMSON, S.C. – The women’s rowing team travels to Princeton, N.J., to take on seventh-ranked Princeton in their final regular season regatta of the year on Saturday. Racing will begin at 10:40 a.m. with the two schools going head-to-head in four races.

Saturday’s action is the first matchup between the two Tigers since the 2010 NCAA Rowing Championships. The two competed against one another in four races with Princeton finishing ahead of Clemson in each of them.

Clemson races for the first time since hosting the Clemson Invite on Lake Hartwell on April 19-20. The Tigers won two races while adding a pair of second-place finishes over two days of racing. The highlight of that weekend came in Sunday’s final race, as Clemson’s First Varsity 4+ crew was able to hold off UCLA, ranked 13th at the time, to record a second-place finish.

Clemson will compete away from Lake Hartwell for just the second time this season. In their other road action, Clemson won four races over two days in Redwood Shores, Calif., including two upset wins over then 16th-ranked Louisville. The Tigers’ First Varsity 8+ won two of three races that weekend to improve to 5-1 at the time.

Princeton is the second highest ranked team that Clemson has faced this season. Clemson also raced sixth-ranked Southern Cal in their other road regatta this season.

This weekend is the final time on the water for Clemson before hosting the ACC Championships on May 16-17.