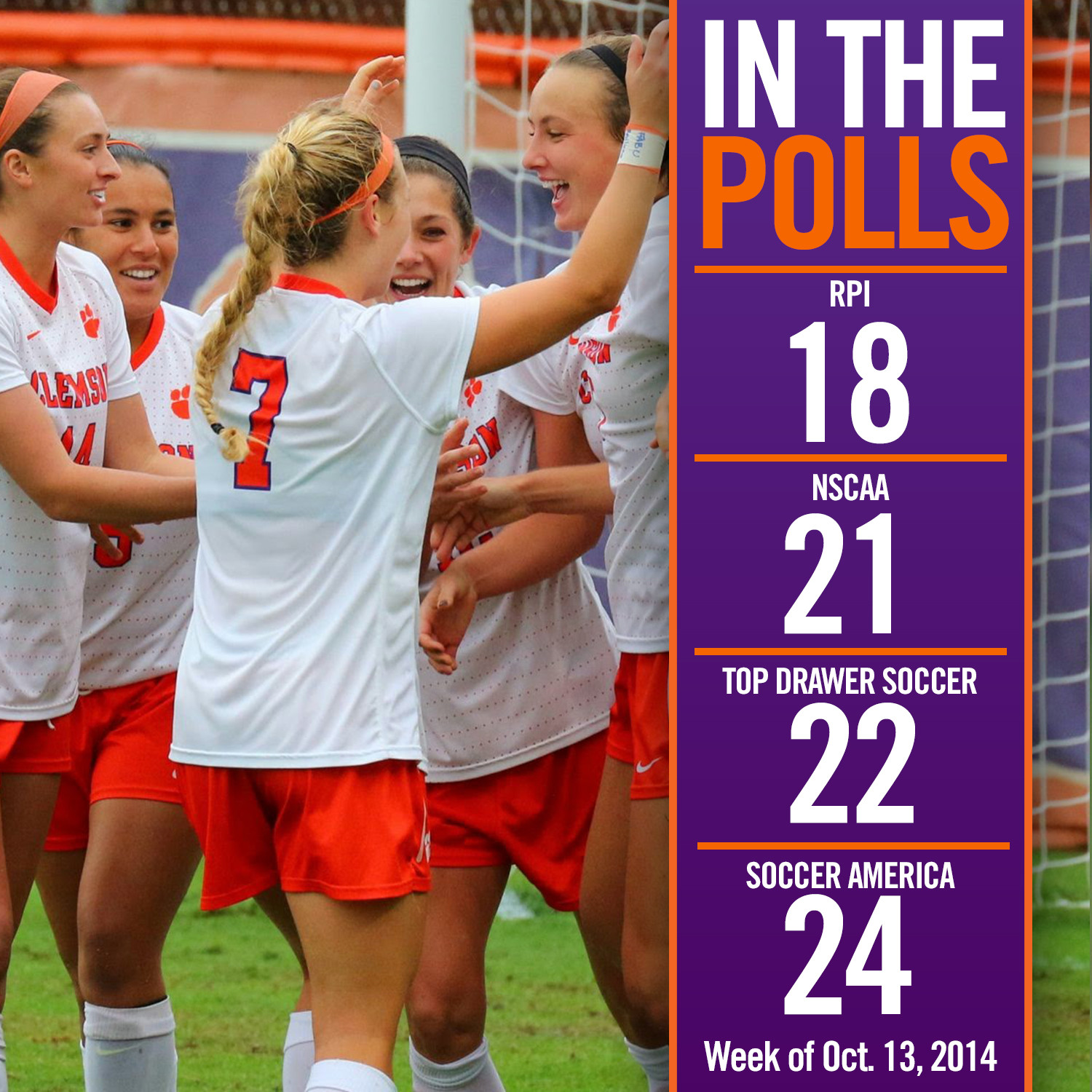 CLEMSON, S.C. – The Clemson women’s soccer team is ranked 18th in this week’s RPI poll and also currently ranked in the top 25 in all three major polls. The Tigers won conference games over Duke and Syracuse last week to improve to 10-2-2 (3-2-1 ACC). It is the first 10-win season for the program since 2007.

Clemson was ranked 18th in the fourth RPI poll released Monday by the NCAA. Clemson is one of six ACC schools with an RPI in the top 25. North Carolina is ranked fourth, Florida State sixth, Virginia Tech eighth, Virginia ninth, Clemson 18th and Notre Dame 24th.

The Tigers are ranked 21st by the NSCAA, which is the team’s highest ranking among the three major polls this week. The Tigers are currently ranked 22nd by TopDrawerSoccer.com and 24th by Soccer America.

Gabby Byorth earned weekly honors for her play in the Tigers’ two ACC victories last week. Byorth was named to the TopDrawerSoccer.com Women’s Team of the Week and the CS360 Primetime Performers Honor Roll for week eight by CollegeSoccer360.com.

The sophomore helped anchor the Clemson defense that allowed just three shots on goal in two games last week. She also recorded the assist, via a corner kick, on Claire Wagner’s goal that solidified the 1-0 victory for the Tigers over Syracuse.

TopDrawerSoccer.com cites, “The Tigers’ defense was impenetrable last week in 1-0 shutout victories over ACC foes Duke and Syracuse. Byorth was a key member of the defensive unit that kept both league opponents out of the net, but she also got into the swing of things in the attack. It was her corner kick that led to Sunday’s winner over Syracuse.”

Clemson returns to action Saturday, Oct. 18 at 7 p.m. when it hosts Miami at Historic Riggs Field. The team will wear pink jerseys in honor of breast cancer awareness month.