Tigers Rally in the Seventh to Walk Off Notre Dame

Tigers Rally in the Seventh to Walk Off Notre Dame

CLEMSON, S.C. – The No. 16/16 Clemson softball team stole the opening game of the series from No. 23/25 Notre Dame, 3-2, in walk off fashion. After the Fighting Irish were able to take advantage of an early error by the Tigers, Clemson’s bats got hot to pull ahead in the bottom of the seventh. With the win, the Tigers improve to 32-10 overall and 10-6 in ACC play, and the Fighting Irish drop to 30-8 overall (9-4 ACC).

This is Clemson Softball’s 11th-straight win, dating back to March 30th with the 8-1 victory at McWhorter Stadium over rival South Carolina.

Notre Dame scored two runs in the top of the first inning off an error. The first came off a throwing error to first base that allowed the runner advancing to third to go home. The second came when a runner stole home on a throw down to second. The Tigers got one run back in the bottom half of the inning when Cammy Pereira hit a single, and McKenzie Clark followed with a double. Valerie Cagle hit a sac fly to bring home Pereira and make it 2-1 in favor of Notre Dame after one.

The Tigers made a push in the fifth inning after they loaded the bases with two outs in an attempt to even things up, but a fly out to center field ended the inning keeping the Fighting Irish ahead by one.

Clemson’s bats came alive in the seventh inning. Bailey Taylor led the charge with a one-out single into right center. Arielle Oda followed with a single into left center and advanced to second on a throw attempting to get Carlee Shannon, who was pinch running for Taylor, advancing to third. Pereira attempted to bring Shannon home from third but reached on a fielder’s choice that caught Shannon out at the plate.

Clark came up with a clutch two-out RBI single into right field to score Oda and tie the game. Jaden Cheek, who was pinch running for Pereira at second, advanced to third on a wild pitch to put the winning run 60-feet away. On a 2-1 count, Cagle hit an infield chopper that was mishandled by Notre Dame’s third baseman, allowing Cheek to score the winning run and give the Tigers the 3-2 walk-off win.

The Tigers and Fighting Irish return to the field tomorrow evening for the second game of the series. First pitch is scheduled for 6 p.m and can be found on ACCNX. 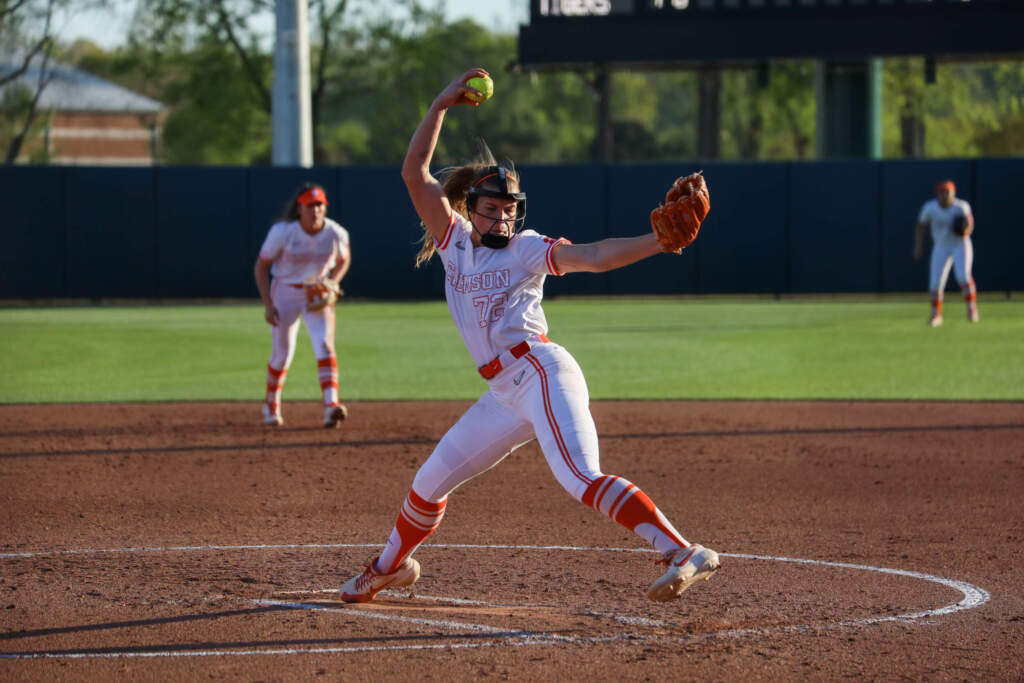 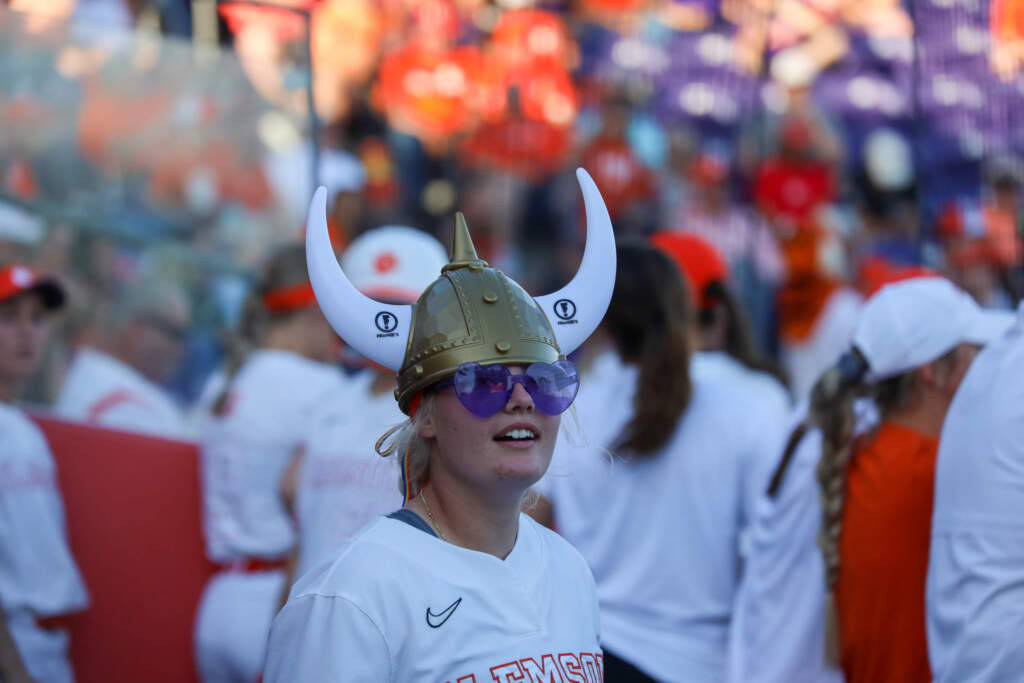 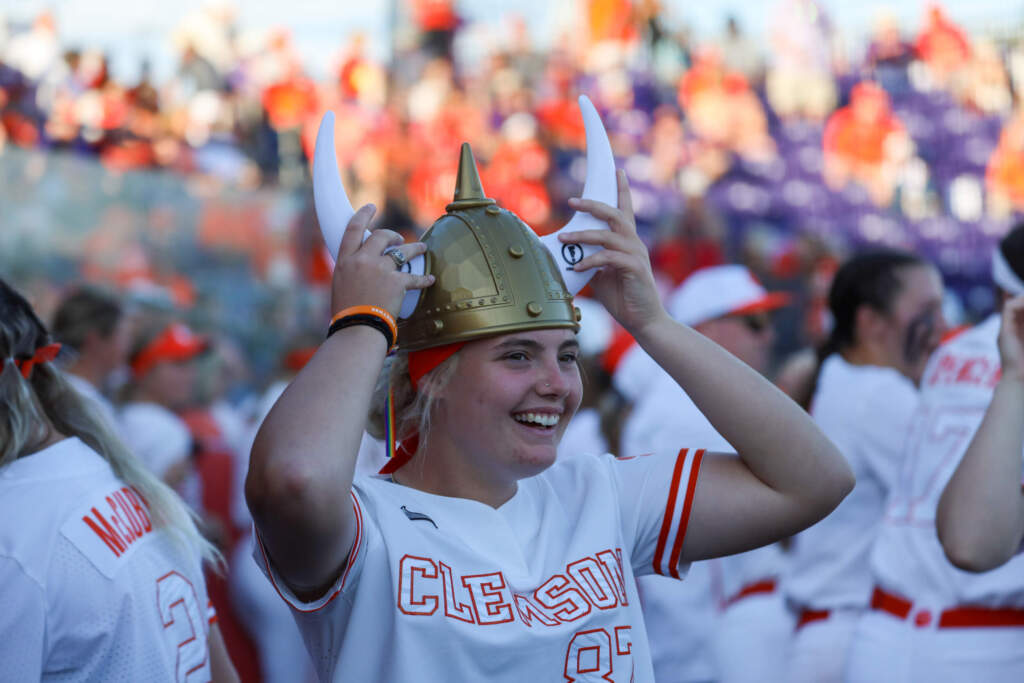 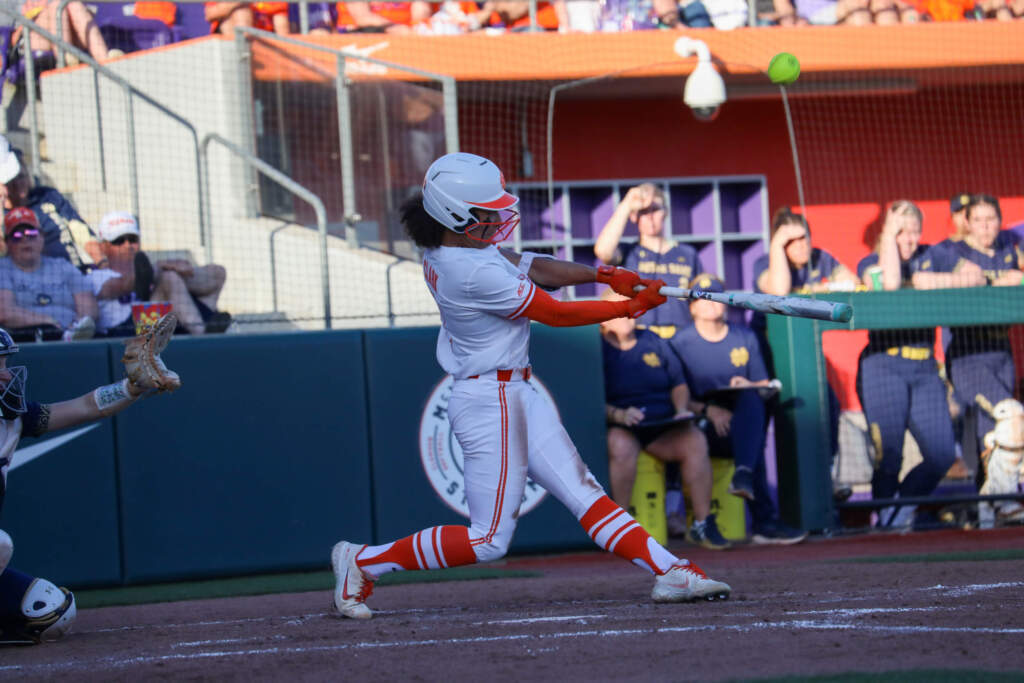 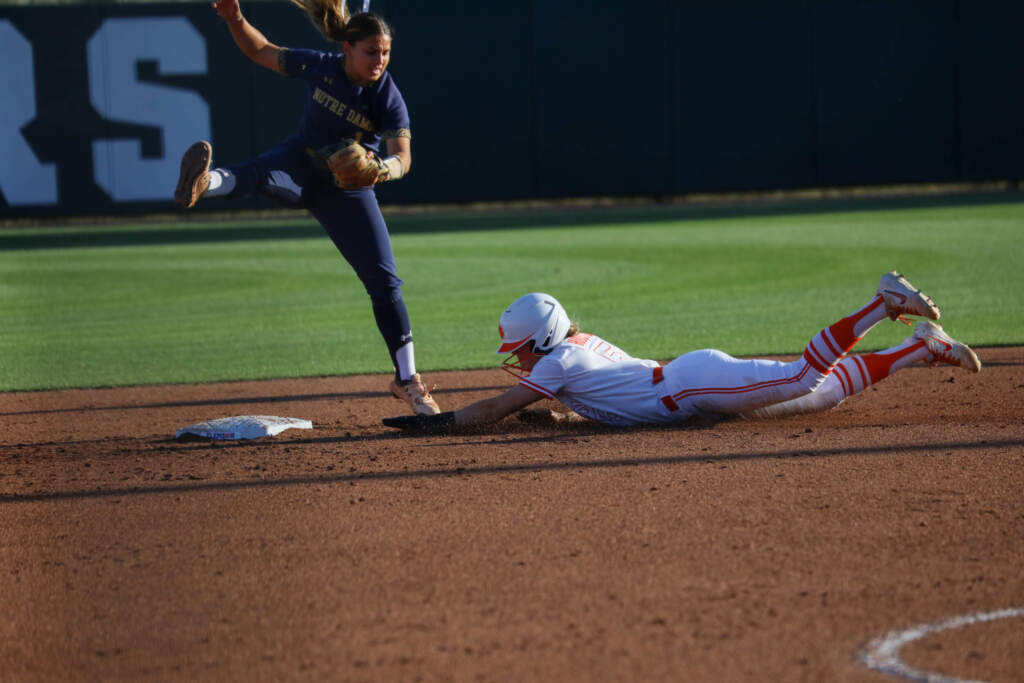 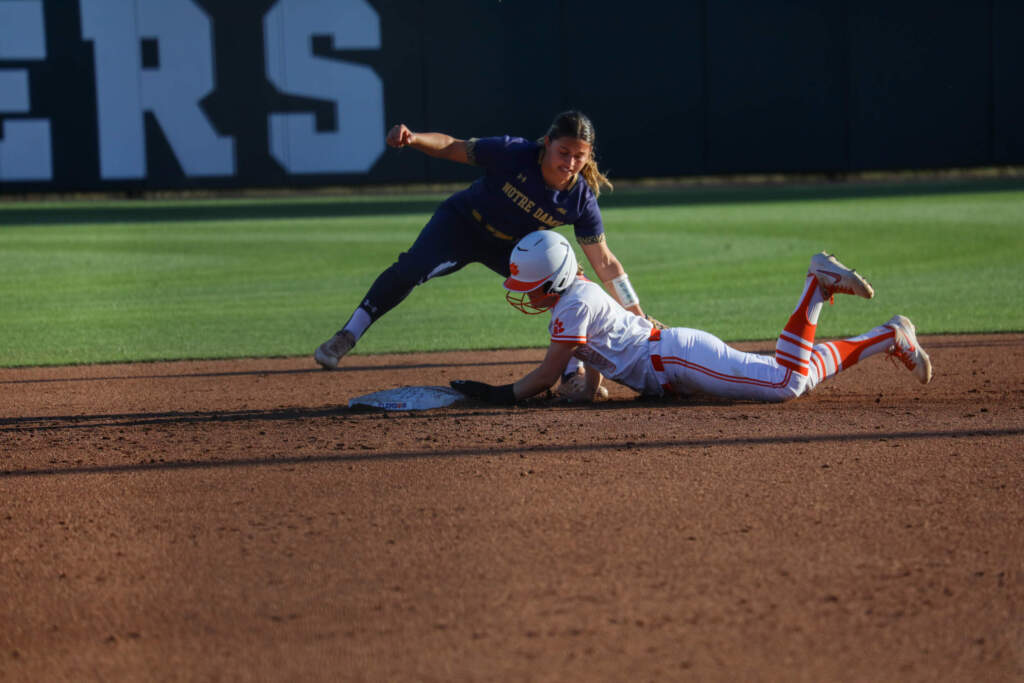 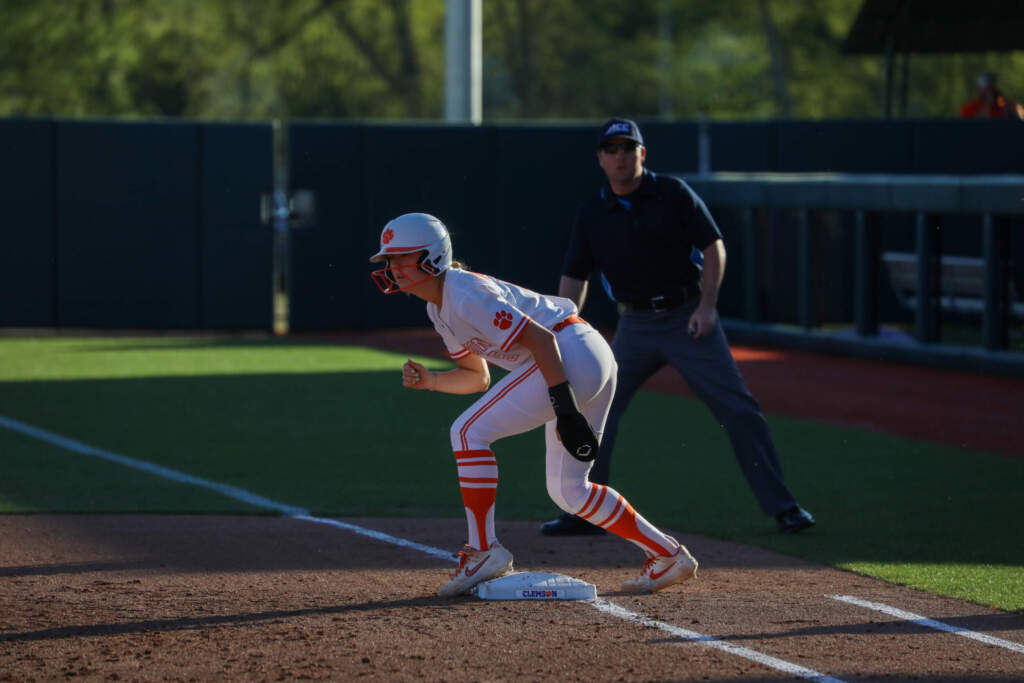 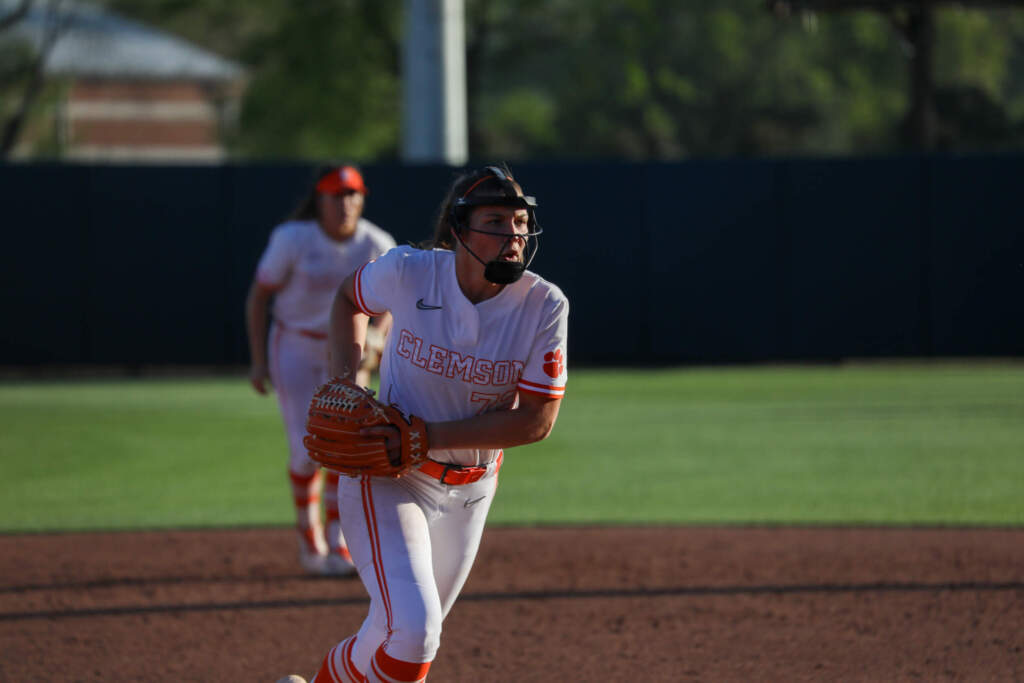 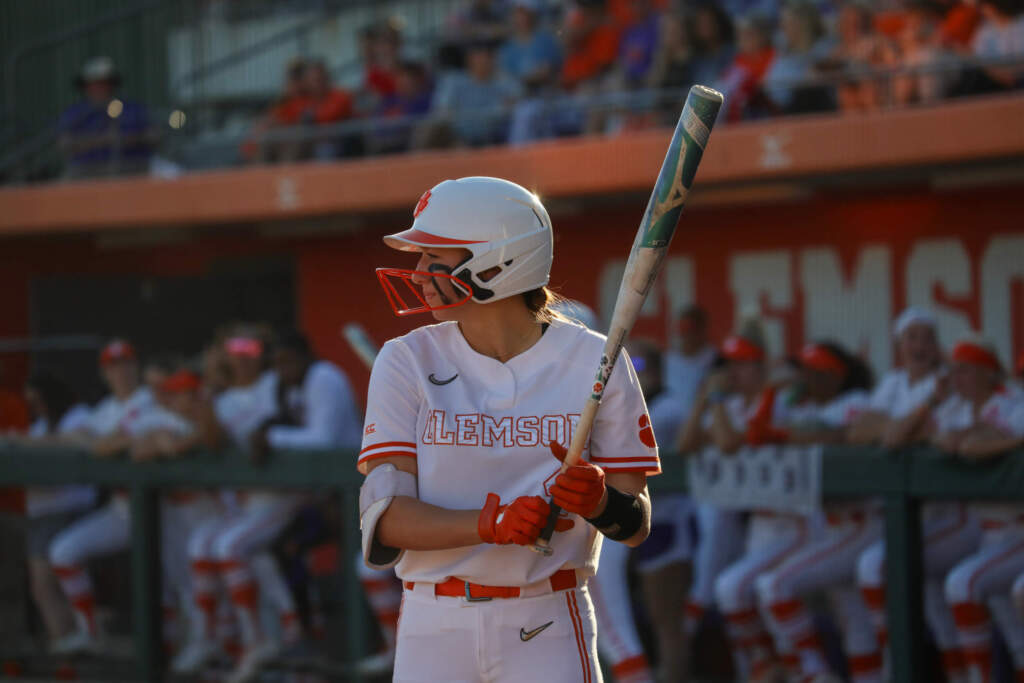 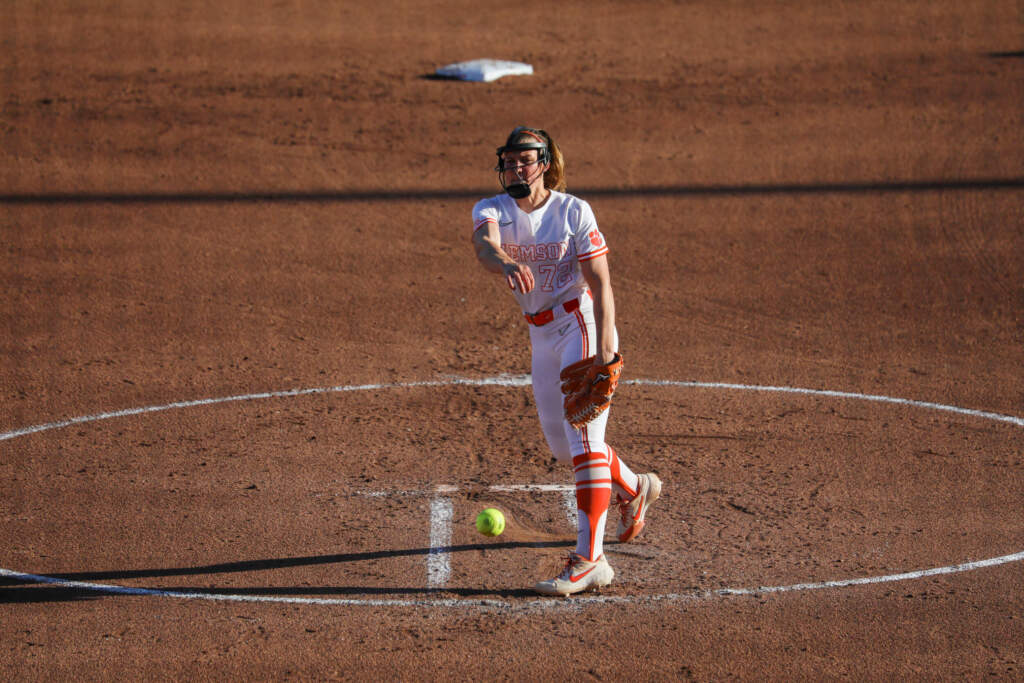