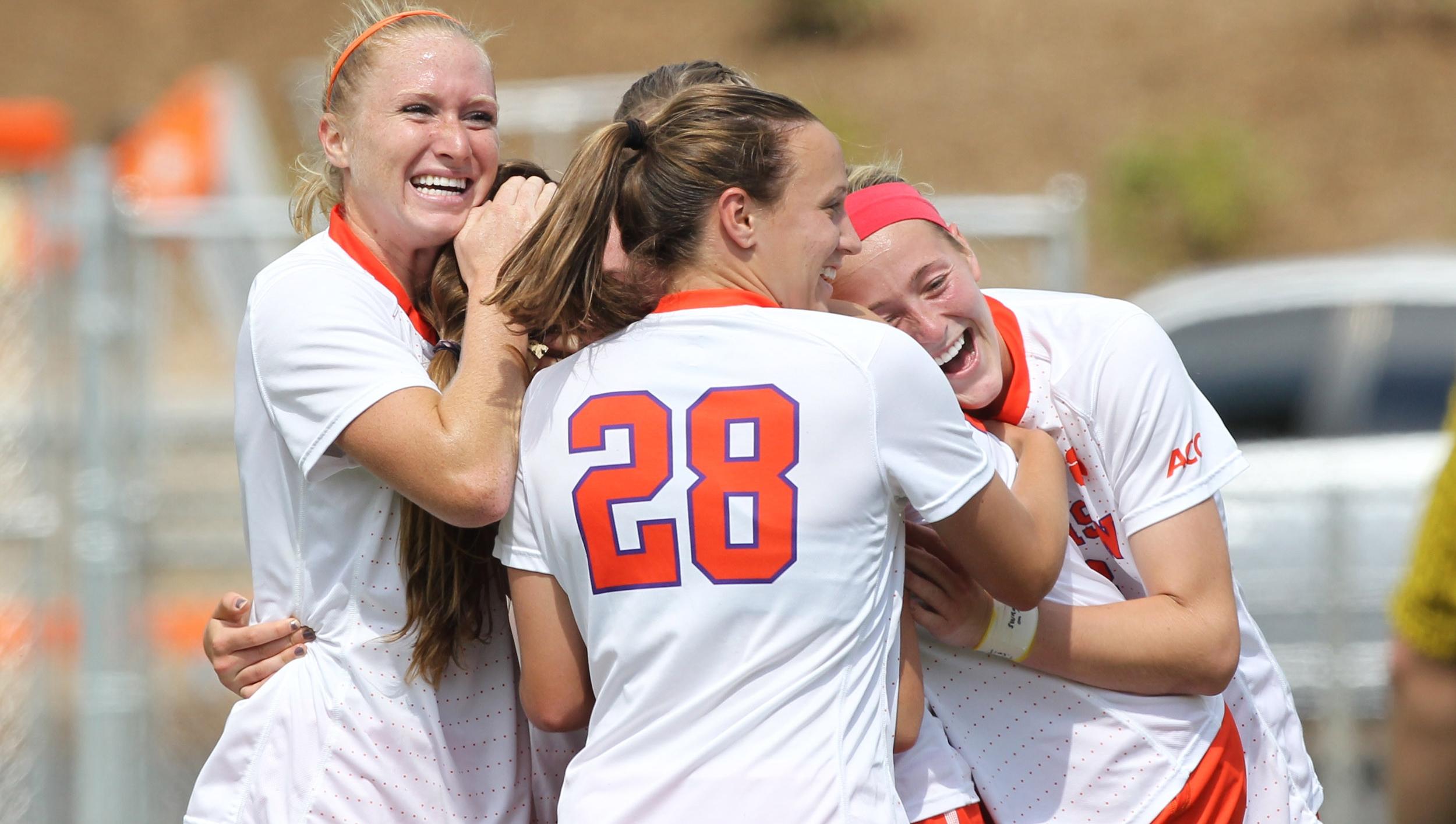 CLEMSON, SC – For 85 minutes it appeared that the Clemson women’s soccer team would record a victory over a top-five opponent for the first time since 2004, but a late goal by third-ranked Florida State forced a 1-1 double overtime draw Sunday afternoon at Historic Riggs Field.  With the tie, the Tigers are now 6-2-3 (3-1-1 ACC) while the Seminoles move to 9-0-3 (4-0-2 ACC).

“It was an excellent game,” said head coach Eddie Radwanski.  “I am really proud of our effort and the fact that we came out and followed our game plan today.  It was nice to score a good goal early on and to feel like we were really in control of the game against a very good team in the first half.

“I was really proud of our mental approach today.  We handled ourselves well when we had the lead, and we also handled adversity well.  You certainly have to give credit to Florida State for hanging around.  We made a slight miscue on defense and they were able to capitalize on it.  Still, I was pleased and felt that we played at a high level and certainly deserved a point, if not three, from this game.”

Senior midfielder Vanessa Laxgang opened the scoring in the 11th minute after she took a long pass from freshman defender Claire Wagner and placed it in the upper right corner of the net past Florida State keeper Kelsey Wys.  The goal was Laxgang’s fifth of the season and the 16th of her Clemson career.

After the early goal, Clemson controlled the ball for most of the first half allowing few Seminole opportunities.  Freshman keeper Kailen Sheridan did record three saves in the opening frame, however, and finished with eight on the day.  Only six fouls were committed in the first half, four by Clemson and two by Florida State.

As clean as the first half of play was, the second half and two overtime periods were quite physical between the two teams.  A total of 16 fouls (nine on Florida State and seven on Clemson) were called in the final 65 minutes, and four yellow cards were issued (two per team).

Florida State put pressure on the Tigers in the second half, taking eight shots to Clemson’s three.  The Seminoles broke through in the 86th minute to even the score and send the game into overtime.  On the play, a cross by Nickolette Driesse was deflected by Sheridan, but Florida State’s Dagny Brynjarsdottir was there to send the deflection into the net from the far corner of the box.

There were not many offensive chances for either team during the two overtime periods.  Clemson took one shot and one corner kick in the 20 minute span, while Florida State did not take a shot, but had two corner kick opportunities.  For the game, the Tigers took 10 shots and had one corner kick, while the Seminoles finished the day with 13 shots and six corner kicks.  Wys posted five saves in goal for the Seminoles, while Sheridan’s eight saves were a season and career high for the freshman, whose previous best was seven saves versus Maryland on September 12.

Next up for the Tigers will be a pair of road games in the state of Virginia.  Clemson will take on #13 Virginia Tech on Thursday, October 3 at 7 PM in Blacksburg before travelling to Charlottesville to face the #1 Virginia on Sunday, October 6 at 1 PM. 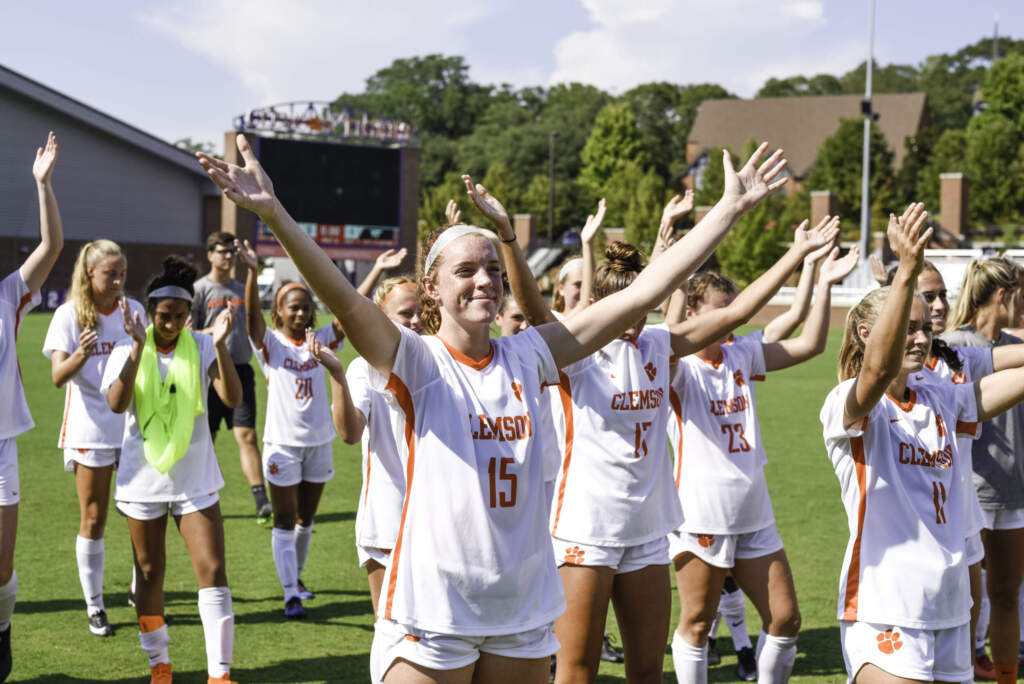