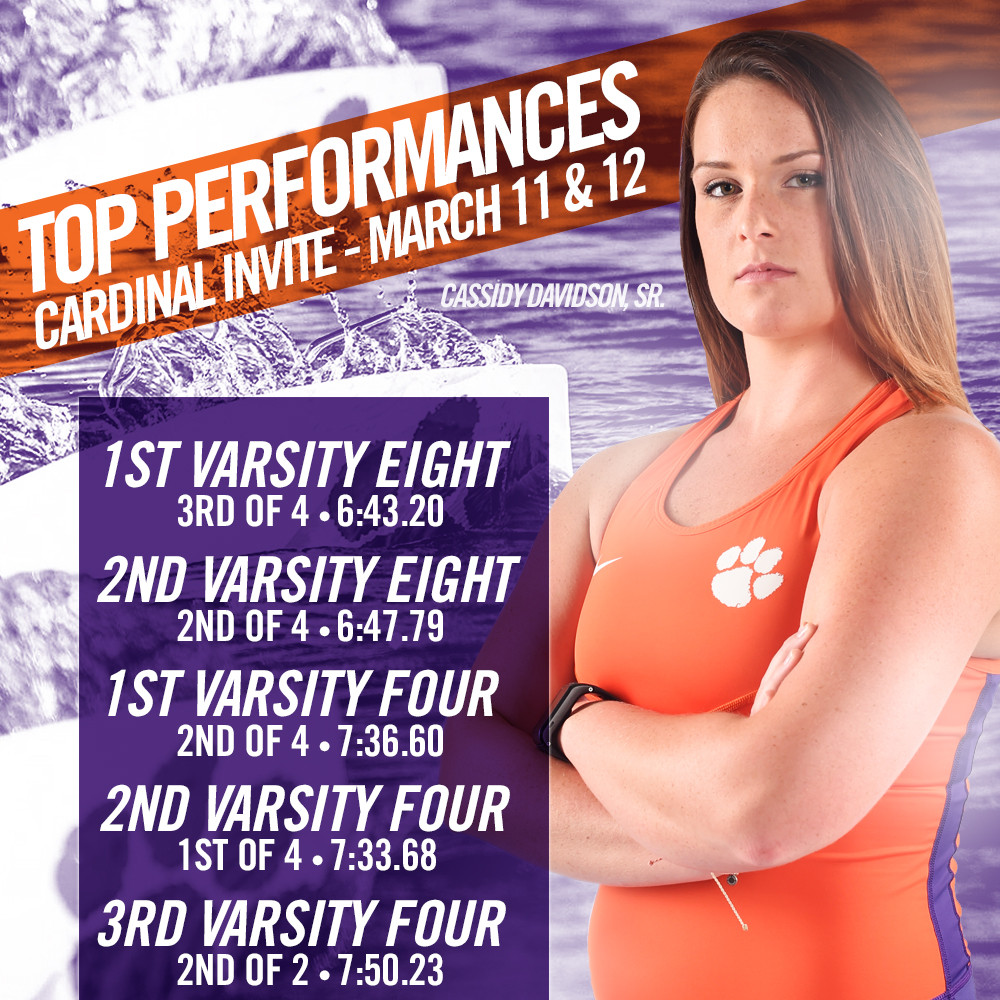 CLEMSON, S.C. — Clemson raced a full day’s worth of competition on Melton Lake in the sixth annual Oak Ridge Cardinal Invitational to open the spring rowing season Saturday. The Tigers picked up a victory and three runner-up finishes over the course of the day in Tennessee.

The Second Varsity 8+ capped a solid day with a runner-up finish in the afternoon session, beating Minnesota and West Virginia and finishing close behind Michigan State in a time of 6:53.19. The 2V8 also showed good speed in the morning, coming just two seconds shy of another runner-up finish in a battle with Louisville, posting a time of 6:47.79.

The Tigers return to the water Sunday morning to wrap up the event. Live results are available at HereNow.com.