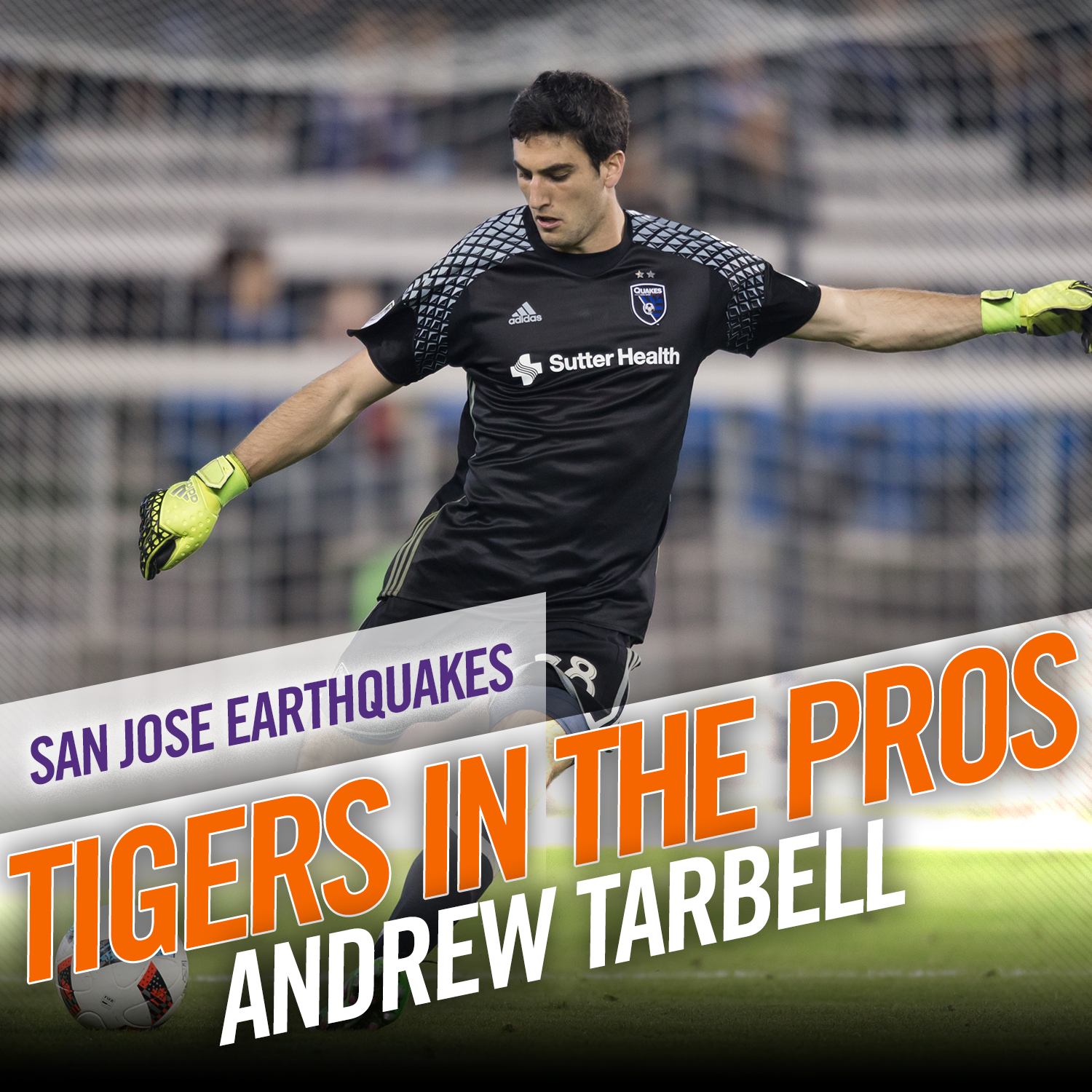 CLEMSON, S.C.- Preseason for Major League Soccer is winding down and other professional ranks preseasons are beginning to ramp up. As preseason games are played, players are given the opportunity to show they have what it takes for a first team roster spot. Clemson Tigers in all professional ranks are making strong cases for roster spots. As preseason continues and contracts are offered you can follow @ClemsonMSoccer to keep up with all of the latest news on your Tigers in the pros.

Paul Clowes started in DC United’s friendly match against the Tampa Bay Rowdies on Saturday. Clowes played with the first team lineup for 65 minutes, playing well in the middle of the field. Clowes is continuing to impress and work for a roster spot as an international on a MLS roster.

Kyle Fisher recorded 50 minutes on Saturday against Montreal FC in a 1-1 tie. The two teams played four 30 minute periods. Fisher looks to continue improving and secure a spot with the first team.

Andrew Tarbell is continuing to learn from US National Team and San Jose first team keeper David Bingham. Tarbell will most likely be seeing bulk of action when Bingham is away with the national team.

T.J. Casner played 60 minutes for the Houston Dynamo as they took on Vancouver Whitcaps in a preseason match in Tucson, Arizona. Casner is proving himself in hopes of receiving a contract offer with the first team.

Amadou Dia looks to have an even more impressive 2016 season. In 2015 he started 18 of 27 appearances in all competitions and tallied three assists. Dia will be an asset out wide for Sporting Kansas City this upcoming season.

Phanuel Kavita started Sunday’s preseason match for Real Salt Lake against Seongnam. Kavita played the entire first half on the backline for RSL before a mass sub at halftime.

Jack Metcalf and Cody Mizell look to suit up for Charlotte Independence when they start their preseason matches on February, 27th. Mizell and Metcalf both are assets for the Independence this upcoming season.

Joe Bendik got the start for Orlando City SC on Saturday against Armada FC of the NASL. Bendik played the entire first half, recording a shutout. Armada came away with the victory and 2-1 with two second half goals.

Hunter Gilstrap, Chris Glodack and Dane Richards, all playing in the NASL begin the bulk of their preseason later this month.