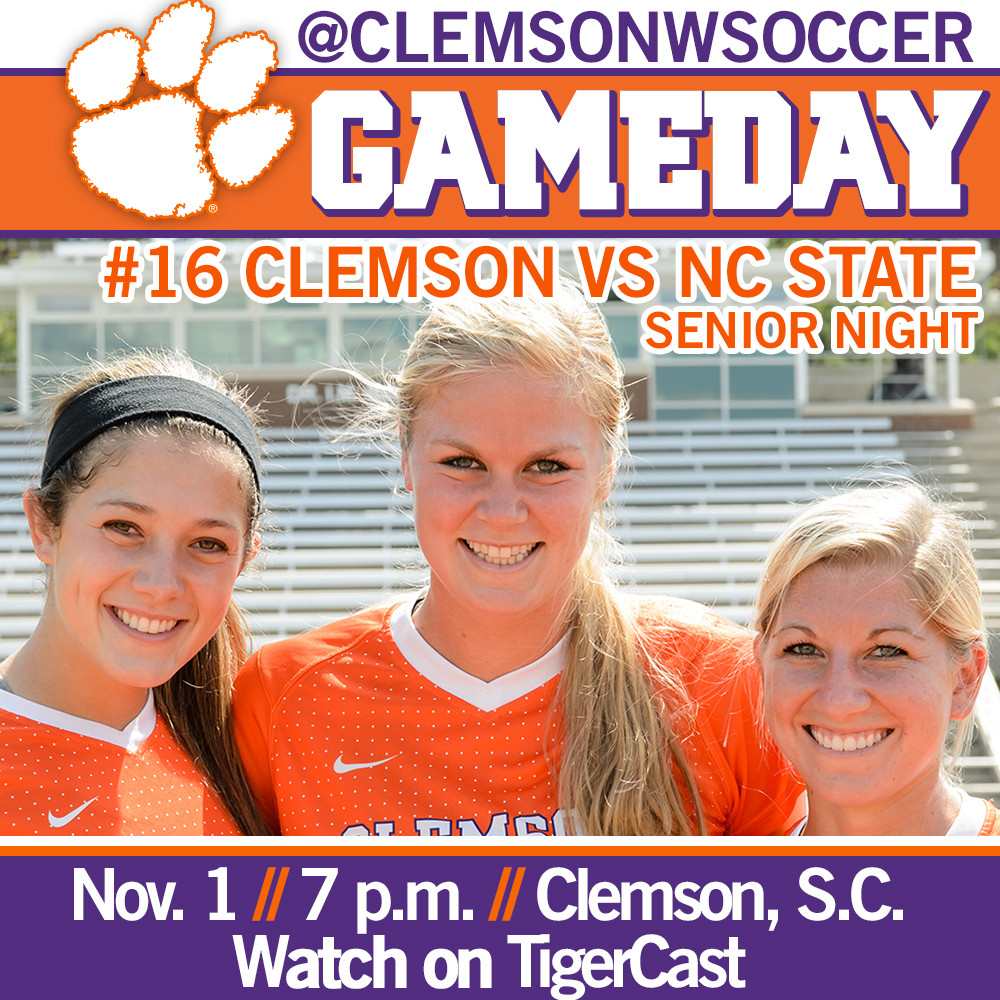 CLEMSON, S.C. – The 16th-ranked Clemson women’s soccer team hosts the NC State Wolfpack Saturday at 7 p.m. at Historic Riggs Field for senior night. Saturday’s game is the final regular season matchup for the Tigers. The game will be broadcast on TigerCast.

Clemson is 12-3-2 on the season and 5-3-1 in the ACC, most recently defeating Pittsburgh 2-1 on the road on Oct. 26. The Tigers are ranked in all three major polls and are as high as 16th. All three of Clemson’s losses have come to teams ranked in the top-10 at the time. Clemson fell 2-0 to second-ranked Virginia Tech on the road, 2-1 to eighth-ranked UNC at home, and 1-0 to ninth-ranked Notre Dame on the road.

The Tigers are led by sophomore Catrina Atanda. The midfielder has seven goals and 16 points, both highest on the Clemson team. However, four Tigers have 10 points or more and 13 different players have scored at least one goal this season. Freshman Shannon Horgan is tied for sixth in the conference with six assists. Sophomore Kailen Sheridan leads the Tigers in goal with 40 saves and 10 goals allowed in over 1,400 minutes played in goal. She also has six solo shutouts, tied for fourth most in the conference. The 10 goals allowed this season is second fewest by a team in the ACC, trailing only Florida State who has eight.

NC State is 2-13-2 and 0-9 in the ACC, most recently falling at second-ranked Florida State 4-0. The Wolfpack are led by freshman Kayla Saager. The forward has five goals and one assist for 11 points. Redshirt sophomore Mackenzie Stelljes leads NC State in goal with 62 saves and 27 goals allowed in over 1,100 minutes played.