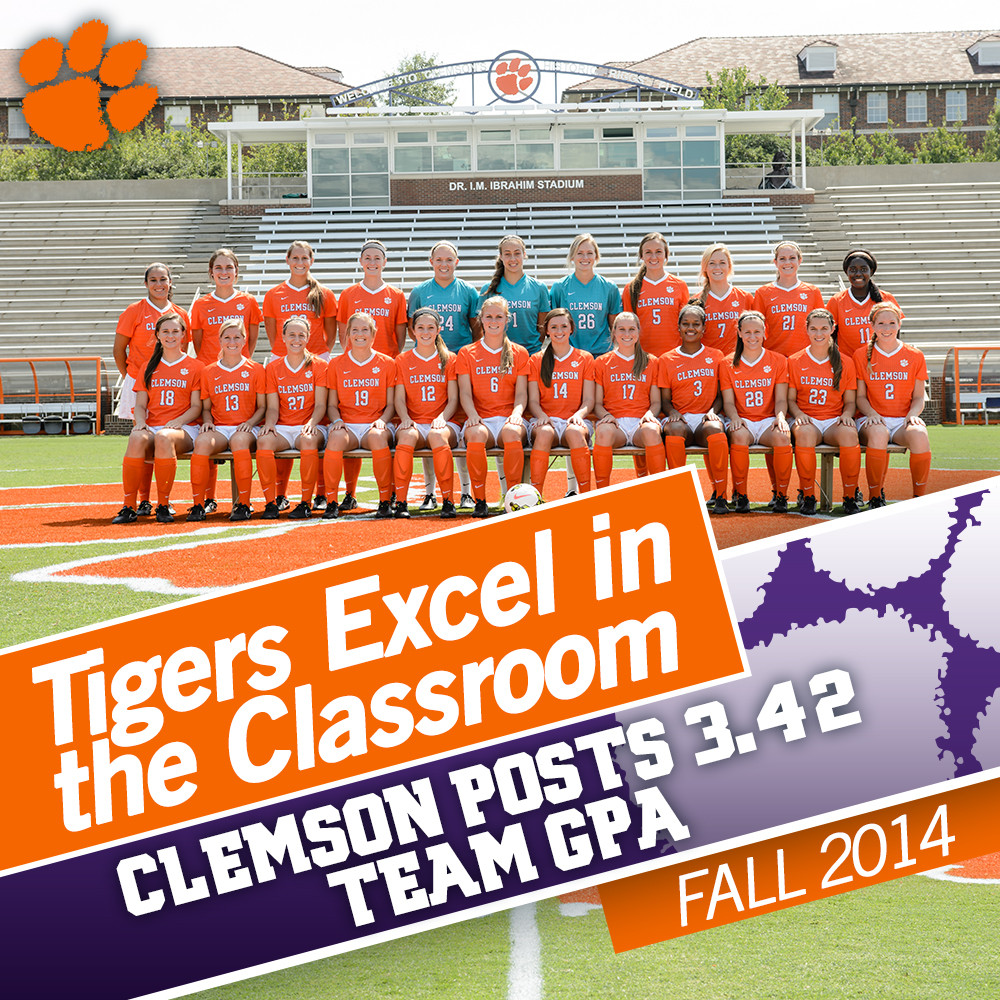 Tigers Excel in the Classroom

CLEMSON, S.C. – Not only did the Clemson women’s soccer team excel on the field in 2014, advancing to the NCAA Tournament for the first time since 2006 and finishing the year with a 13-3-3 record and a final national rank of 21st, the Tigers also had a stellar season in the classroom. The Tigers recorded a cumulative team grade point average of 3.42 for the fall semester.

This year’s recognition marked 29 consecutive semesters that the women’s soccer team has posted a team GPA above 3.0. Eddie Radwanski’s team fielded 18 girls on the Honor Roll, including five on the Dean’s List (3.5 GPA or better) and seven on the President’s List (4.0 GPA).

Senior midfielder Katelyn Reeve, a December 2014 graduate, was one of the seven Tigers to finish the term with a perfect 4.0 GPA. In fact, Reeve finished her Clemson career with a 4.0 cumulative GPA as a biological sciences major, and was awarded the prestigious Faculty Scholarship Award upon graduation. She was also named to the 2014 Capital One Academic All-America Division I Second Team as announced by the College Sports Information Directors of America (CoSIDA). Reeve and sophomore teammate Emily Byorth were also named to CoSIDA’s 2014 Capital One Academic All-District 4 Team.

In December of 2014, the Tigers were awarded the National Soccer Coaches Association of America (NSCAA) Team Academic Award for the 2013-14 season in which the team recorded a 3.67 team GPA, highest among all BCS schools and best in the Atlantic Coast Conference. The women’s soccer program has been recognized by the NSCAA five consecutive years, which include all four years of Radwanski’s tenure. In addition, the Tigers have earned the academic accolade ten out of the past 13 seasons.