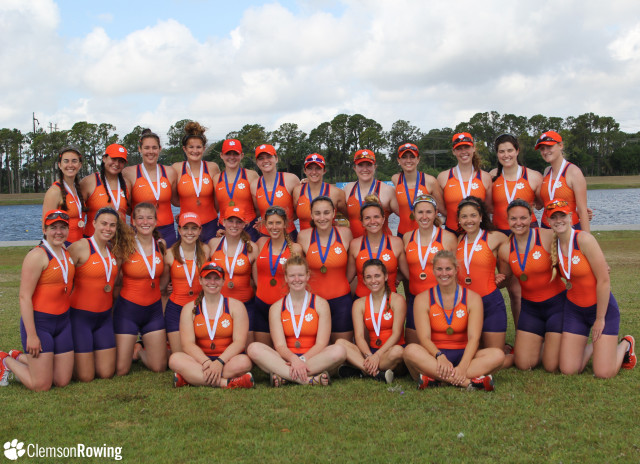 Action began with the 1V8, and Emily Goff’s crew’s time of 6:33.50 placed them fourth, but the Tigers were far from done for the day. In the 2V4, Megan Kauffeld coxswained her boat to a time of 7:18.90, besting the second-place Miami by 10 seconds and earning the gold medal. The 1V4 was next, and they earned a gold medal by defeating UNC, with Katie Herbolsheimer’s boat’s time of 7:20.60 topping the Tar Heels by four seconds.

In the 2V8, Erin Murphy’s boat’s time of 6:33.74 edged Tulsa, a team who will be traveling to the Clemson Invitational next weekend, by three seconds to earn a bronze medal. The 3V8 also earned a bronze medal, as Julia Suplick’s crew’s time of 7:04.67 had them finishing two seconds behind host Jacksonville.

The Tigers return to action next weekend at the Clemson Invitational, hosted on Lake Hartwell on April 14 and 15.