“First of all, great pitching performance by (Alexis) Holloway of Notre Dame,” said head coach John Rittman. “She did an outstanding job today and was tough on our hitters. From our standpoint, Millie (Thompson) and Regan (Spencer) did a good job in the circle for us. When you play a long season, you’re going to have a game or two that are like this, but we didn’t play our best softball tonight. The only thing to do is bounce back and try to win a series tomorrow.”

Game two of the series started as a pitcher’s duel between Clemson’s Millie Thompson and Notre Dame’s Alexis Holloway. Thompson didn’t give up a walk in the first four innings, and the Fighting Irish didn’t get a hit off her until the third inning. Meanwhile, Clemson ended up with runners on after Holloway walked a batter in each of the first three innings but weren’t able to capitalize to bring anyone home.

Notre Dame opened scoring in the fourth with three-straight doubles to take a 2-0 lead. The Fighting Irish followed that with two additional runs in the fifth, both unearned, after a runner, who later scored, reached on a fielding error and another runner scored on a throwing error. Notre Dame held a 4-0 lead after five.

The Fighting Irish attempted to get one more on the board in the sixth after a single was hit into center field, but sophomore McKenzie Clark showed off her arm strength and made the throw to home to get the runner rounding from second for the final out of the inning.

The Tigers made one final push in the seventh with Sam Russ reaching first after Notre Dame’s shortstop made a fielding error, but the rally would end there as the Fighting Irish captured the 4-0 victory. Holloway pitched the complete game for the Irish and didn’t allow the Tigers to get a hit for the first time in program history.

Thompson pitched six innings for the Tigers and picked up three strikeouts. She dropped to 9-2 on the season. Regan Spencer pitched the final inning for Clemson and picked up one strikeout.

Clemson and Notre Dame return to the field tomorrow afternoon at 1 p.m. for the rubber match. 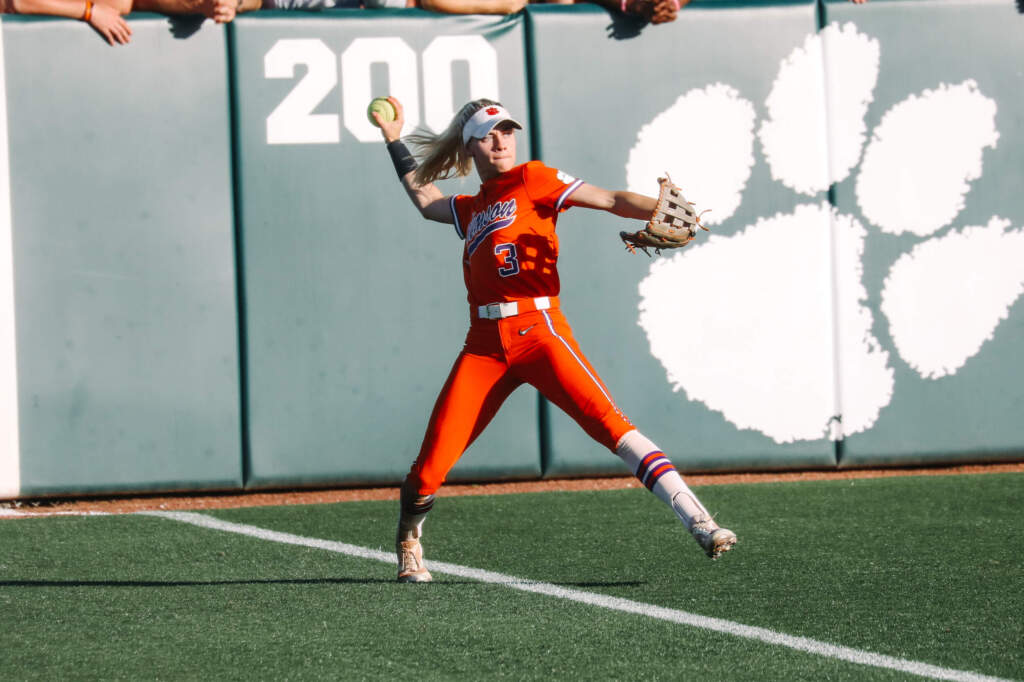 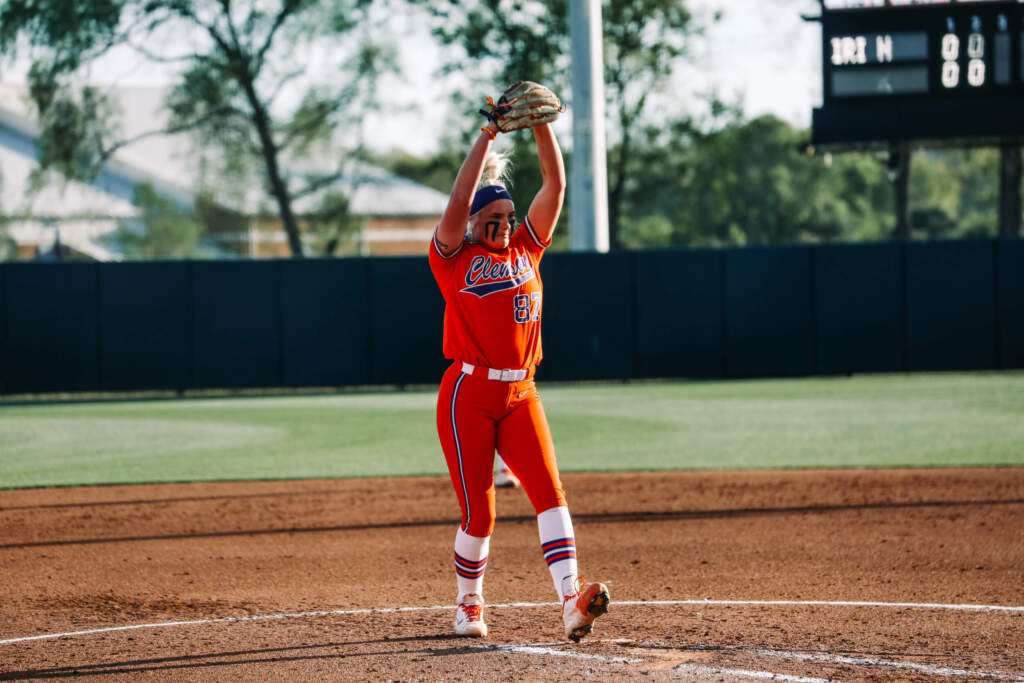 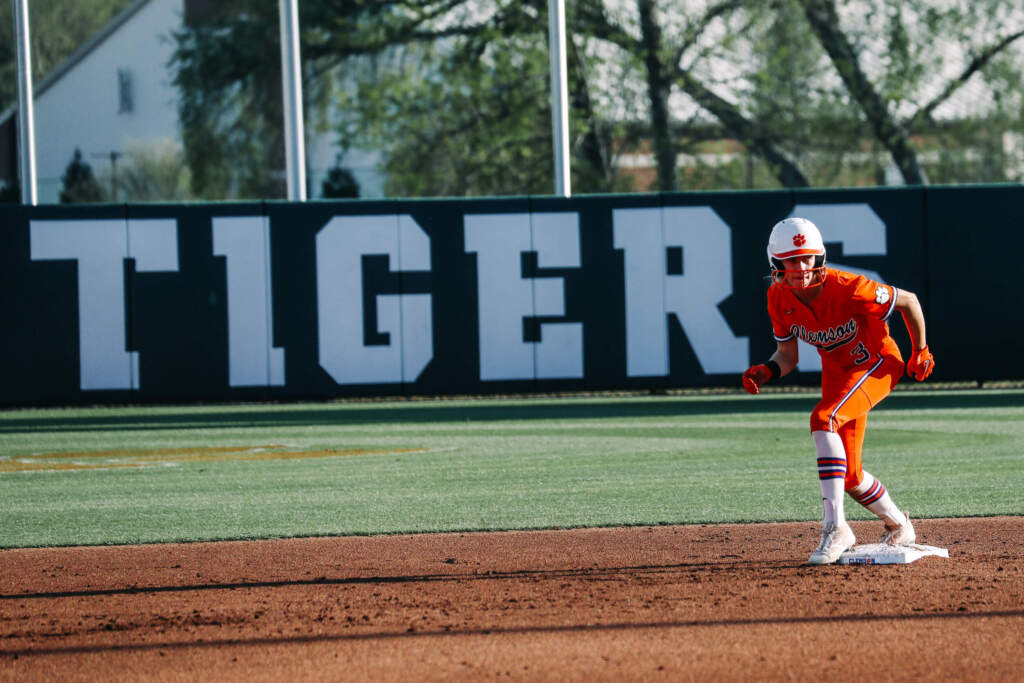 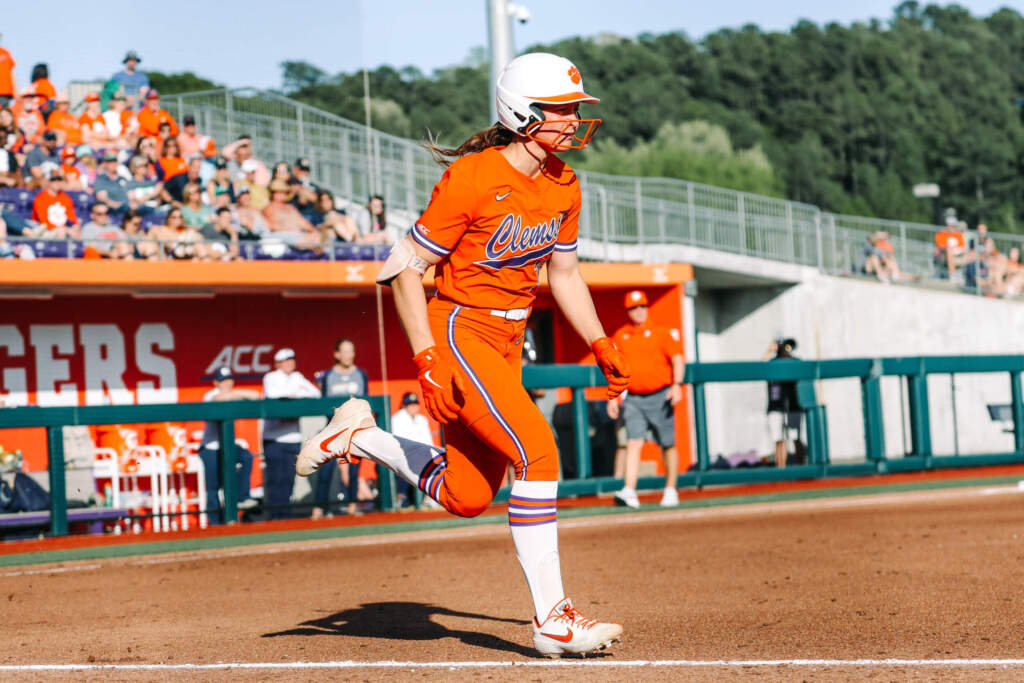 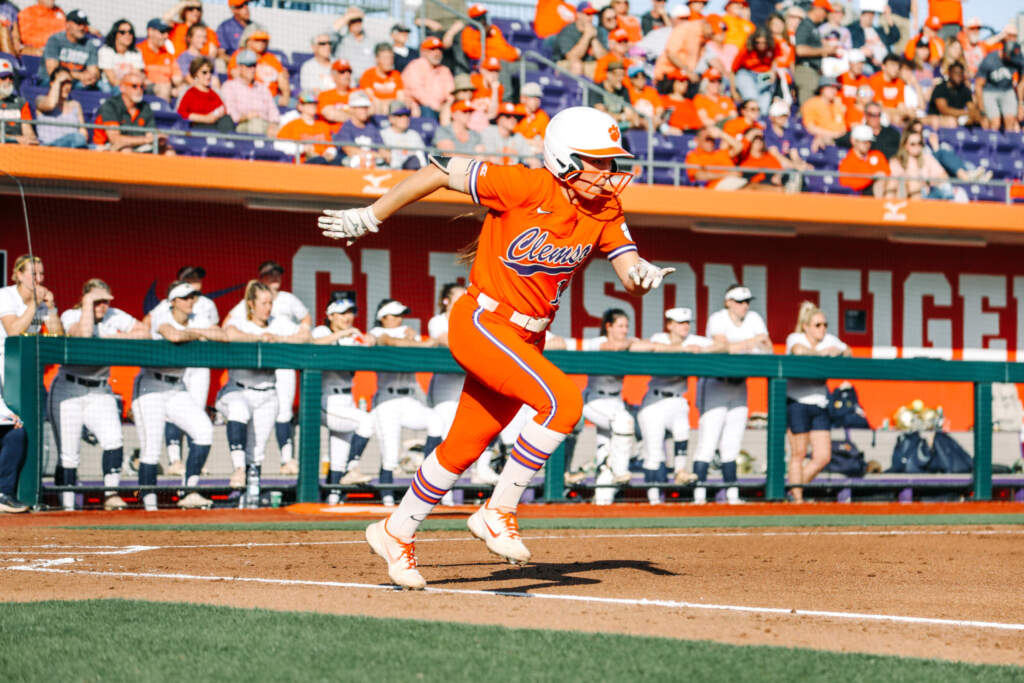 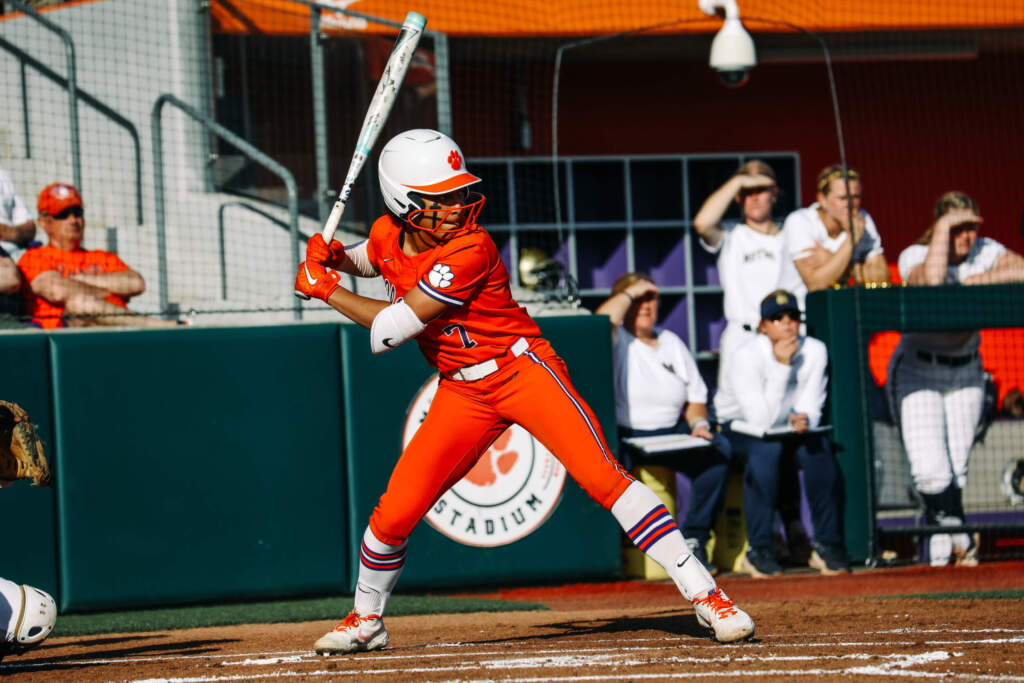 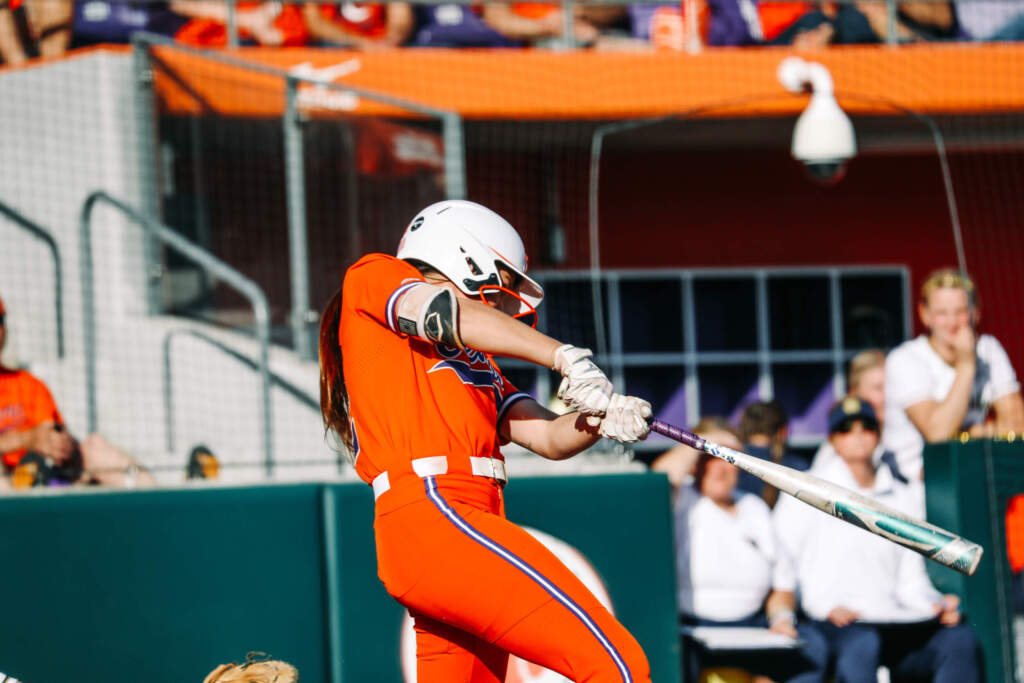 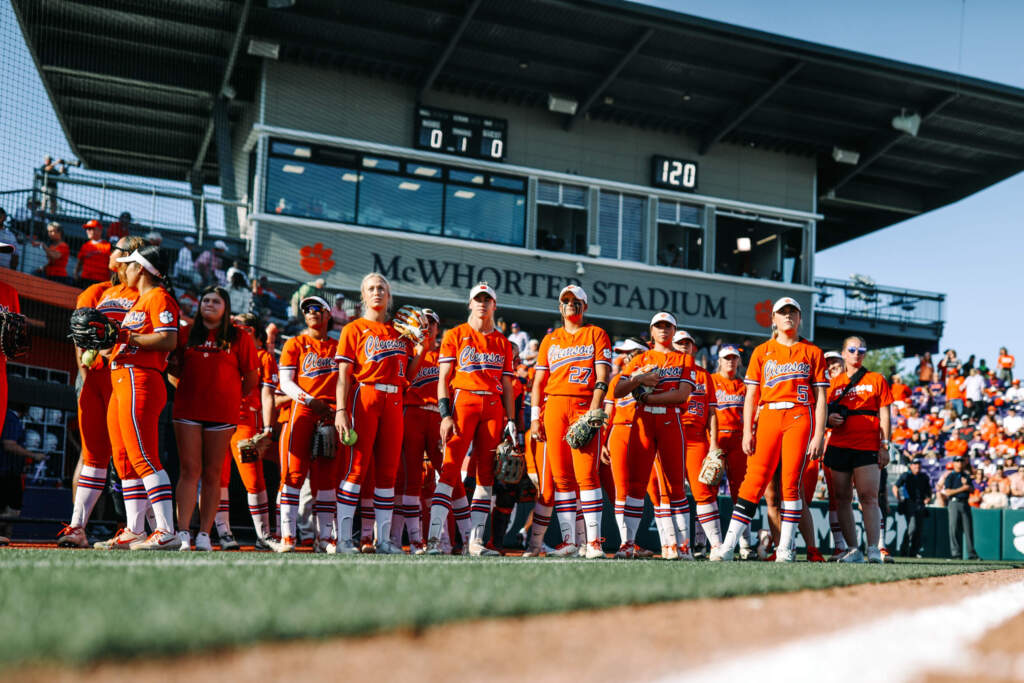