Tigers Down Gamecocks in Columbia

It was an old-fashioned pitcher’s duel between Clemson’s Millie Thompson and South Carolina’s Leah Powell. Neither offense was able to get anything going for the first two innings. The Gamecocks looked to strike first in the bottom of the third inning after getting runners on second and third, but Thompson shut the door by forcing a ground out.

The Tigers started their attack in the fifth inning with back-to-back singles from Alia Logoleo and Aby Vieira. Bailey Taylor got a hold of a good pitch but lined out to first base. That turned into a double play as Jaden Cheek, who was pinch running for Vieira, wasn’t able to make it back to the bag on time. The inning looked to end there as Maddie Moore hit one to the Gamecock’s first baseman, but due to a fielding error, Moore reached safely and brought home Logoleo to get the Tigers on the board.

Momentum continued to swing in the Tigers’ favor as Cammy Pereira hit a triple into center field to score Moore. McKenzie Clark hit an RBI single bringing Pereira home and giving Clemson the 3-0 lead. Thompson and Clemson’s defense shut the door on the Gamecocks’ offense in the bottom of the fifth and sixth inning as Thompson picked up three strikeouts, two groundouts and a pop out.

In the seventh, South Carolina recorded back-to-back singles with no outs causing Clemson to make the pitching change to Valerie Cagle. Cagle picked up two quick outs with a groundout and a strikeout, but South Carolina picked up one more single to bring a runner home and then loaded the bases. Cagle closed the door with the next batter picking up the final strikeout to seal Clemson’s 3-1 victory.

Thompson pitched 6.0 innings with seven strikeouts, no walks and only allowed three hits. She earned her ninth win in the circle, and Cagle picked up her third save of 2022 pitching 1.0 innings with two strikeouts.

The Tigers return to McWhorter Stadium on Thursday, April 14 to open the three-game series against Notre Dame. 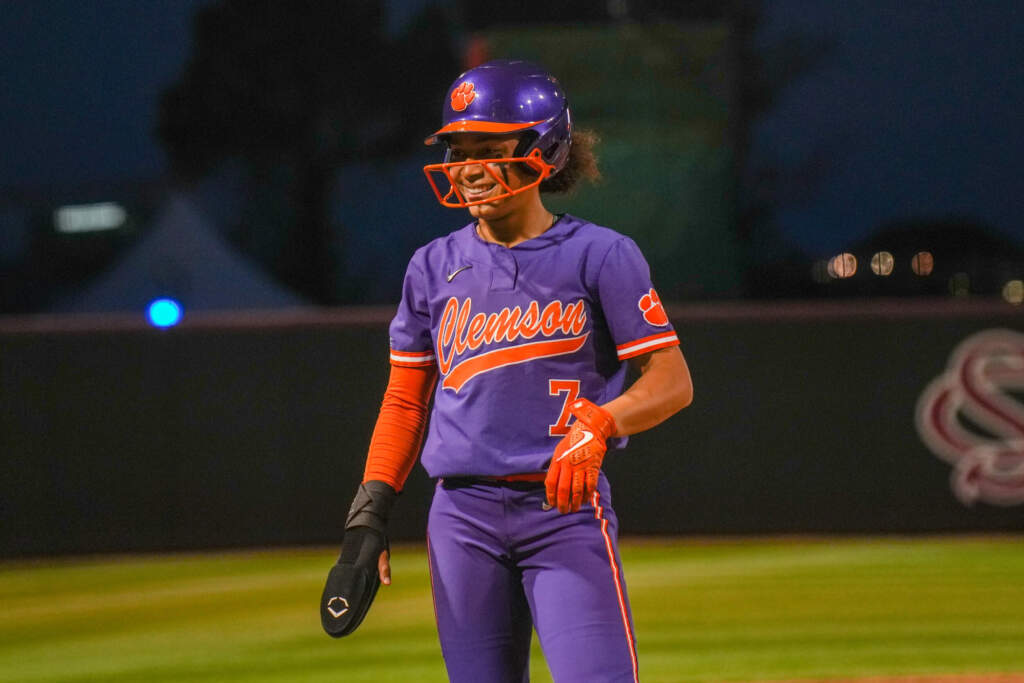 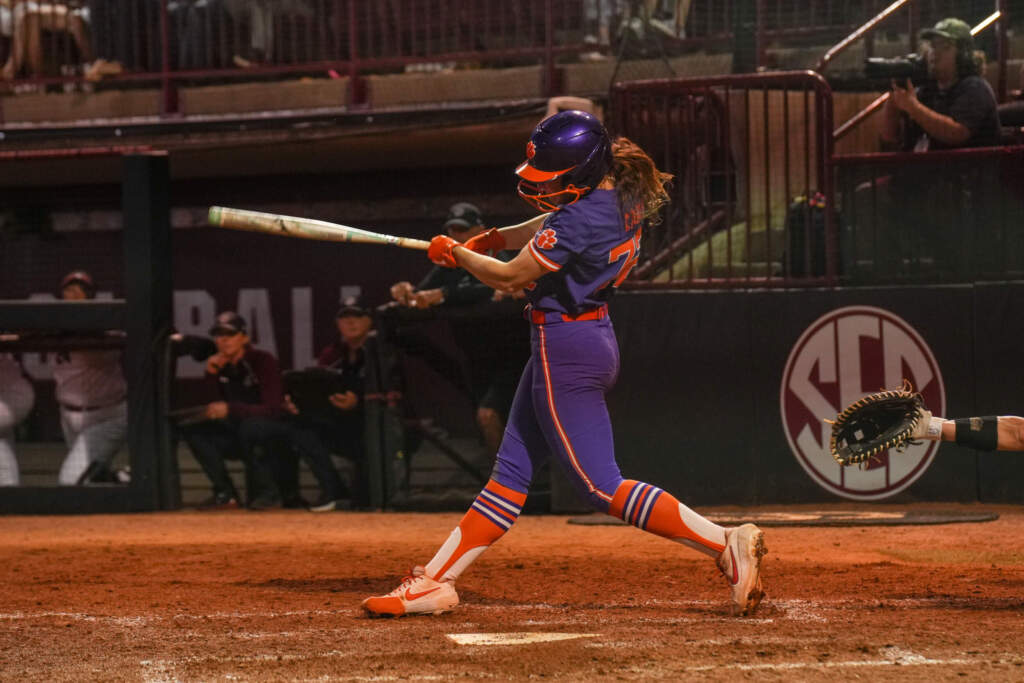 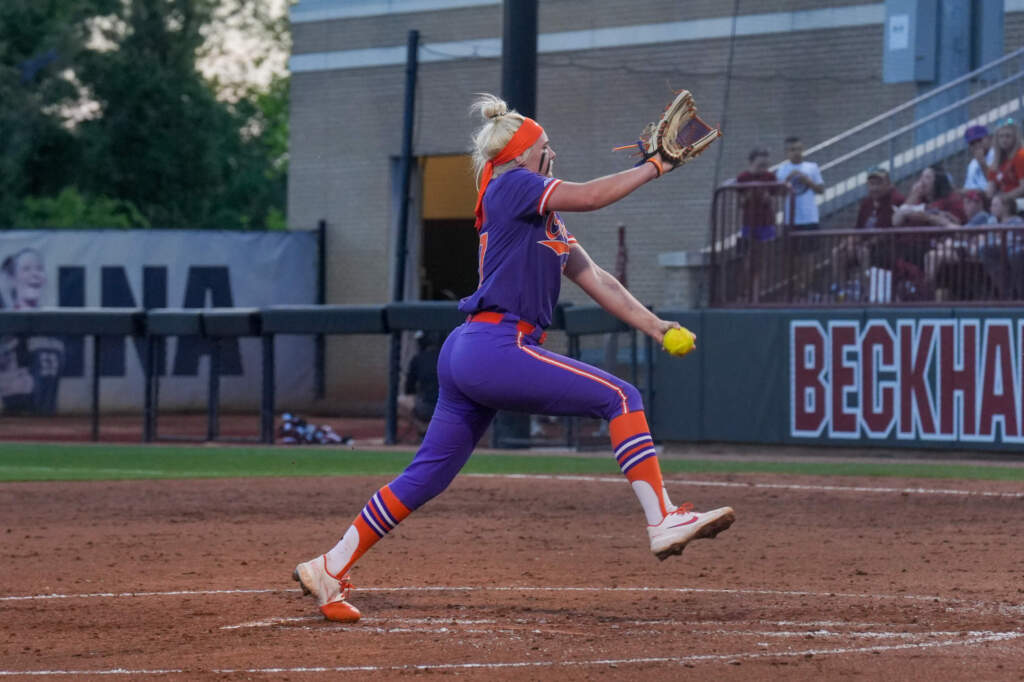 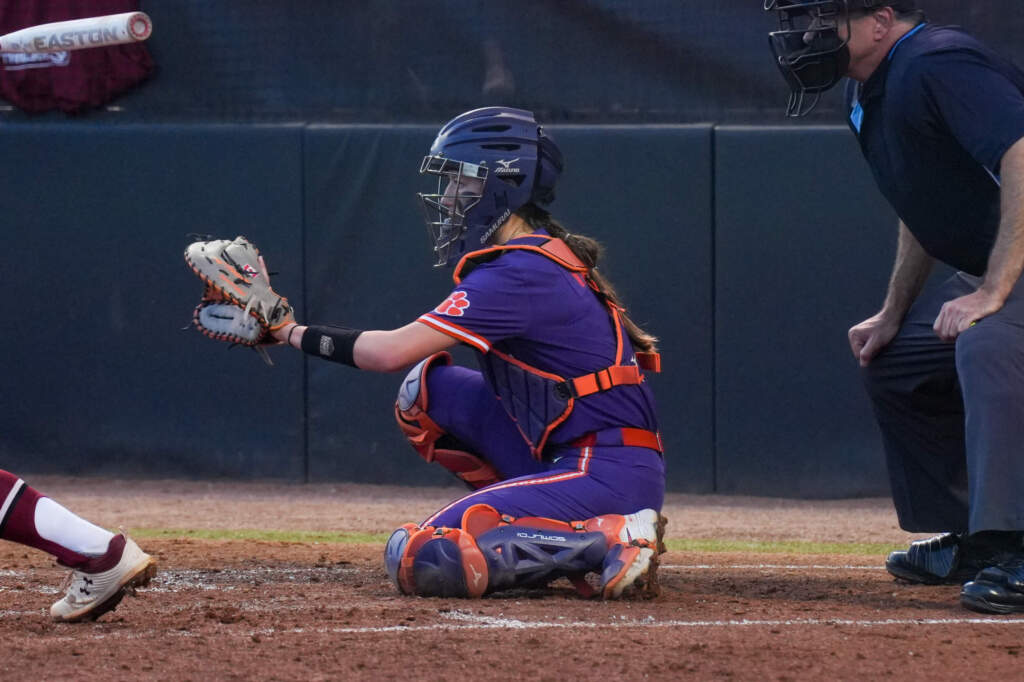 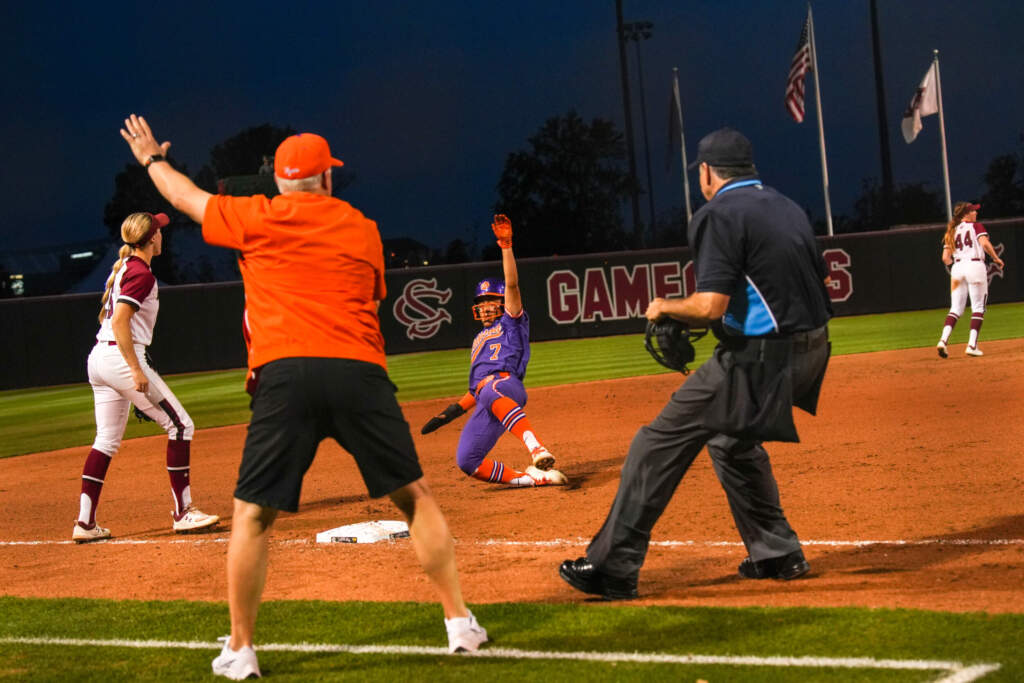 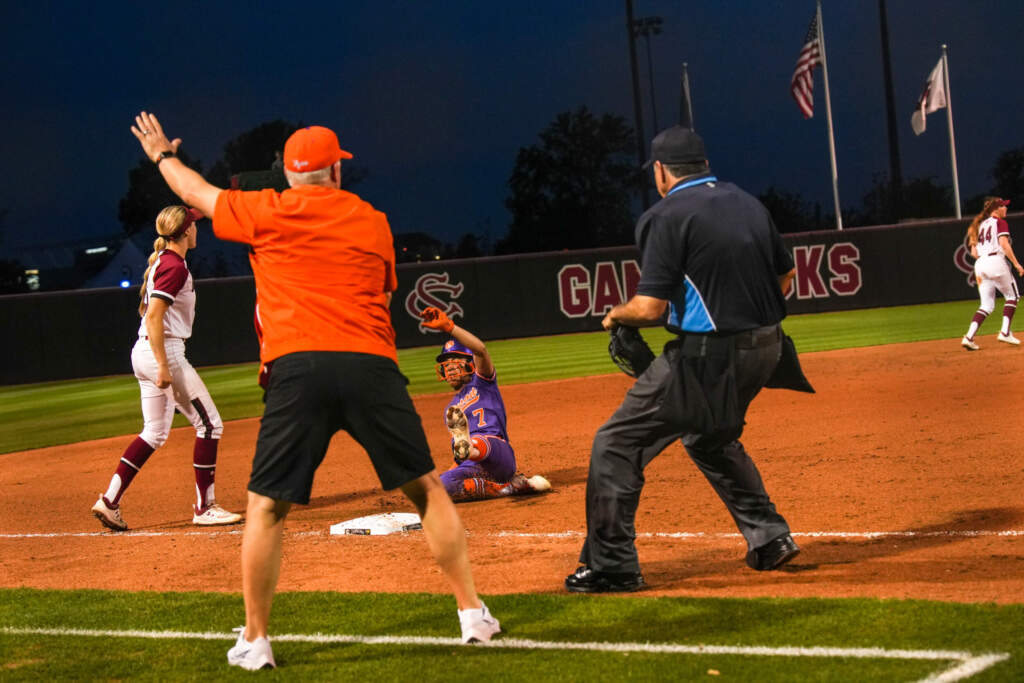 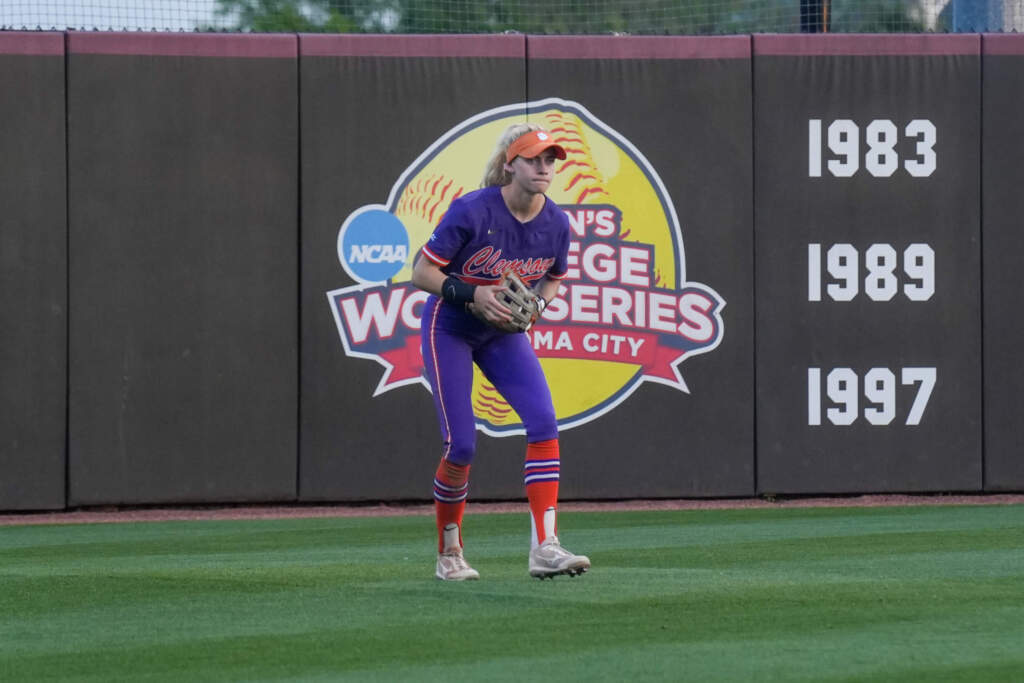 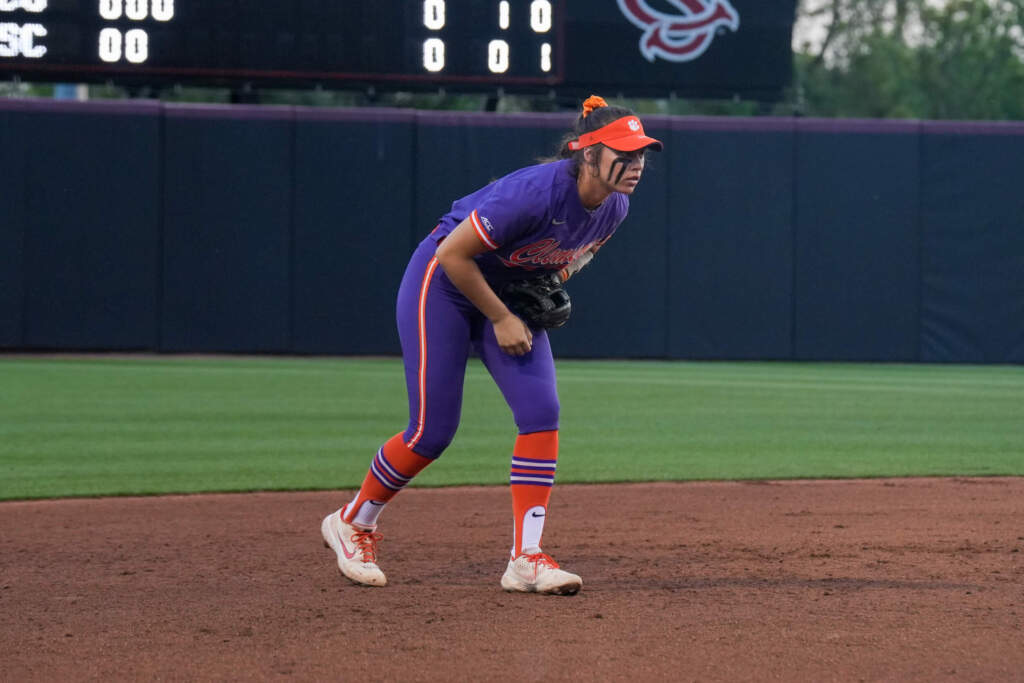 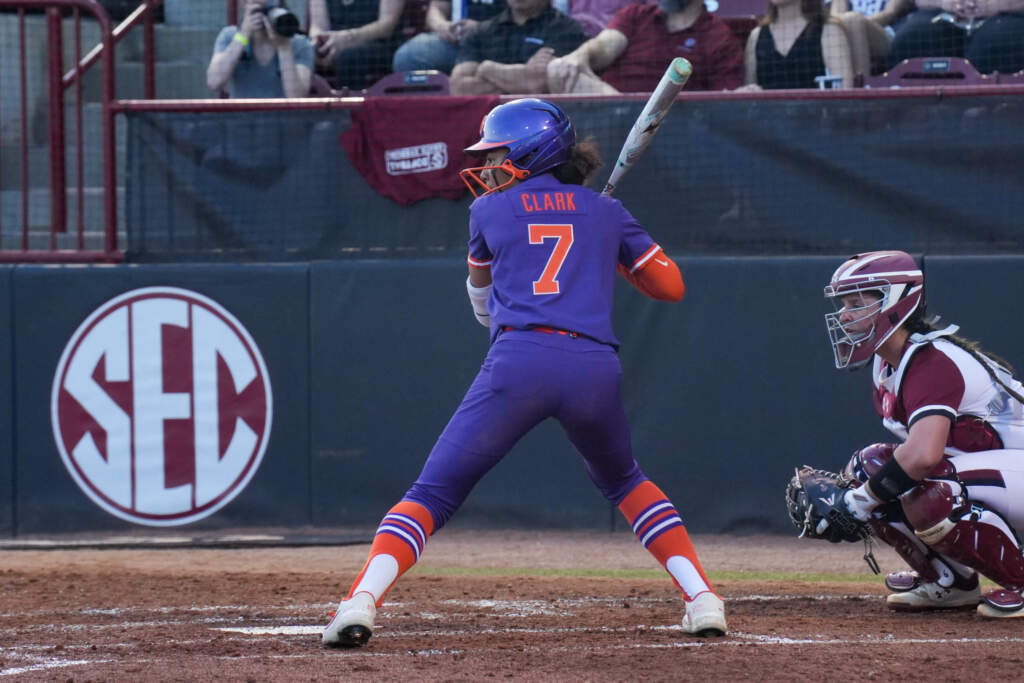 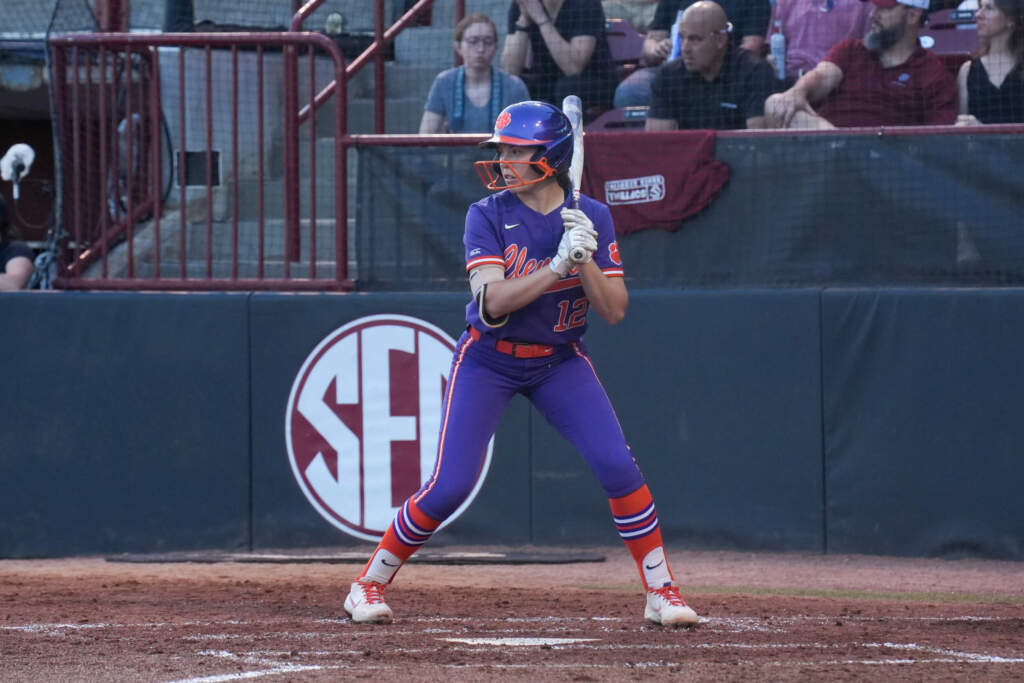