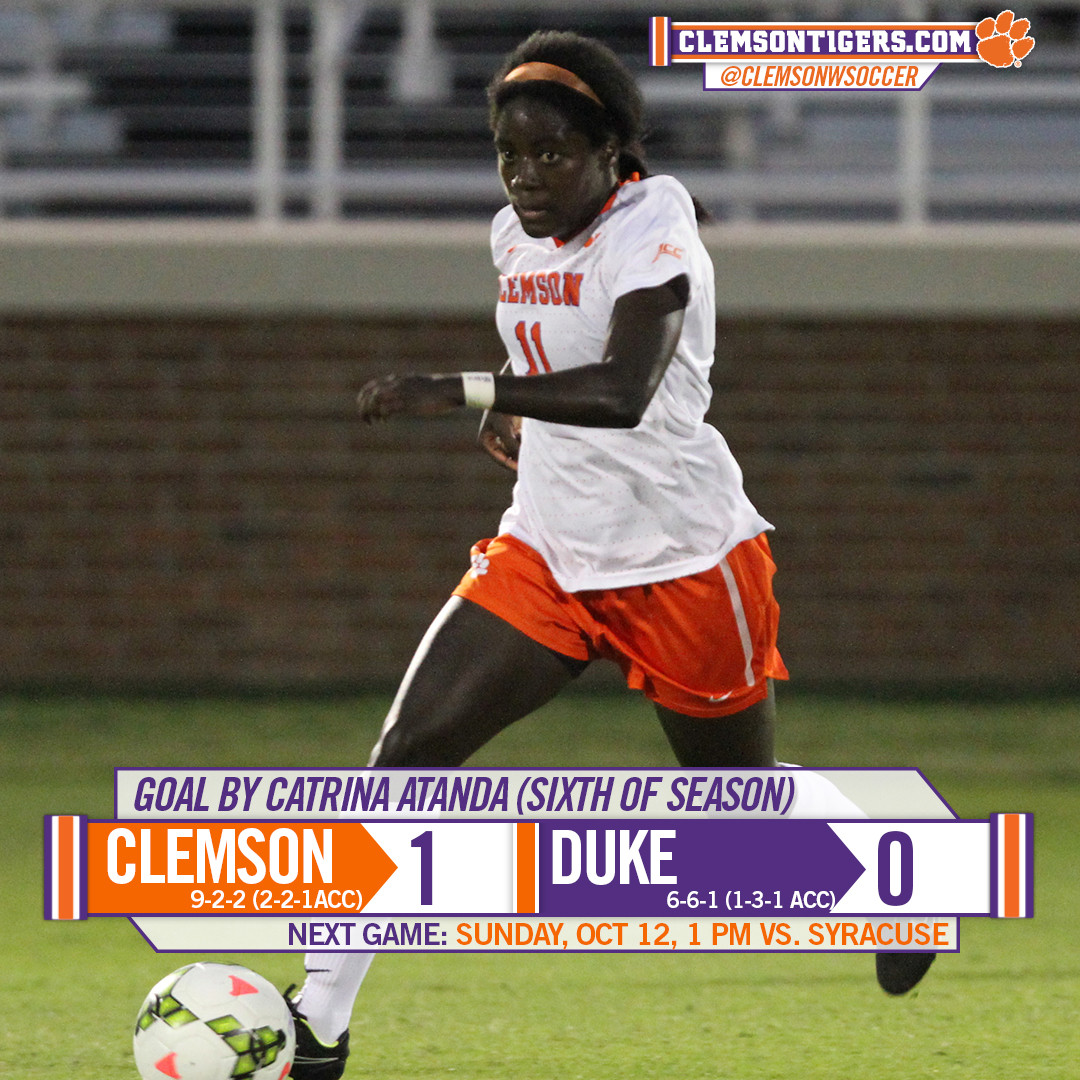 CLEMSON, S.C. – The Clemson women’s soccer team earned an important conference victory over Duke by a score of 1-0 on a rainy Thursday night at Historic Riggs Field. With the win, the Tigers improve to 9-2-2 and 2-2-1 in the ACC while the Blue Devils fall to 6-6-1 and 2-2-1 ACC.

Catrina Atanda scored the game’s lone goal at the 23:07 mark. Atanda, from outside the 18-yard box in the middle of the field, sent a short pass to sophomore forward Paige Reckert. Reckert gave the ball right back to Atanda, whose shot from 18 yards went into the left side of the net. The goal was the sixth of the season for Atanda, as the sophomore midfielder leads the Tigers in scoring.

Clemson took the lead into the half, minutes before a weather delay was issued. After a nearly two-hour rain delay, play resumed at 9:45 p.m. The two teams played a scoreless second half of soccer, resulting in the Tigers’ 1-0 victory.

Clemson led in all statistical categories, with 14 shots to Duke’s nine and seven corner kicks to Duke’s one. Sophomore goalkeeper Kailen Sheridan tallied three saves in the win and recorded her fourth solo shutout of the season.

The Tigers return to action Sunday, Oct. 12 when they host the Syracuse Orange at 1 p.m. at Historic Riggs Field.