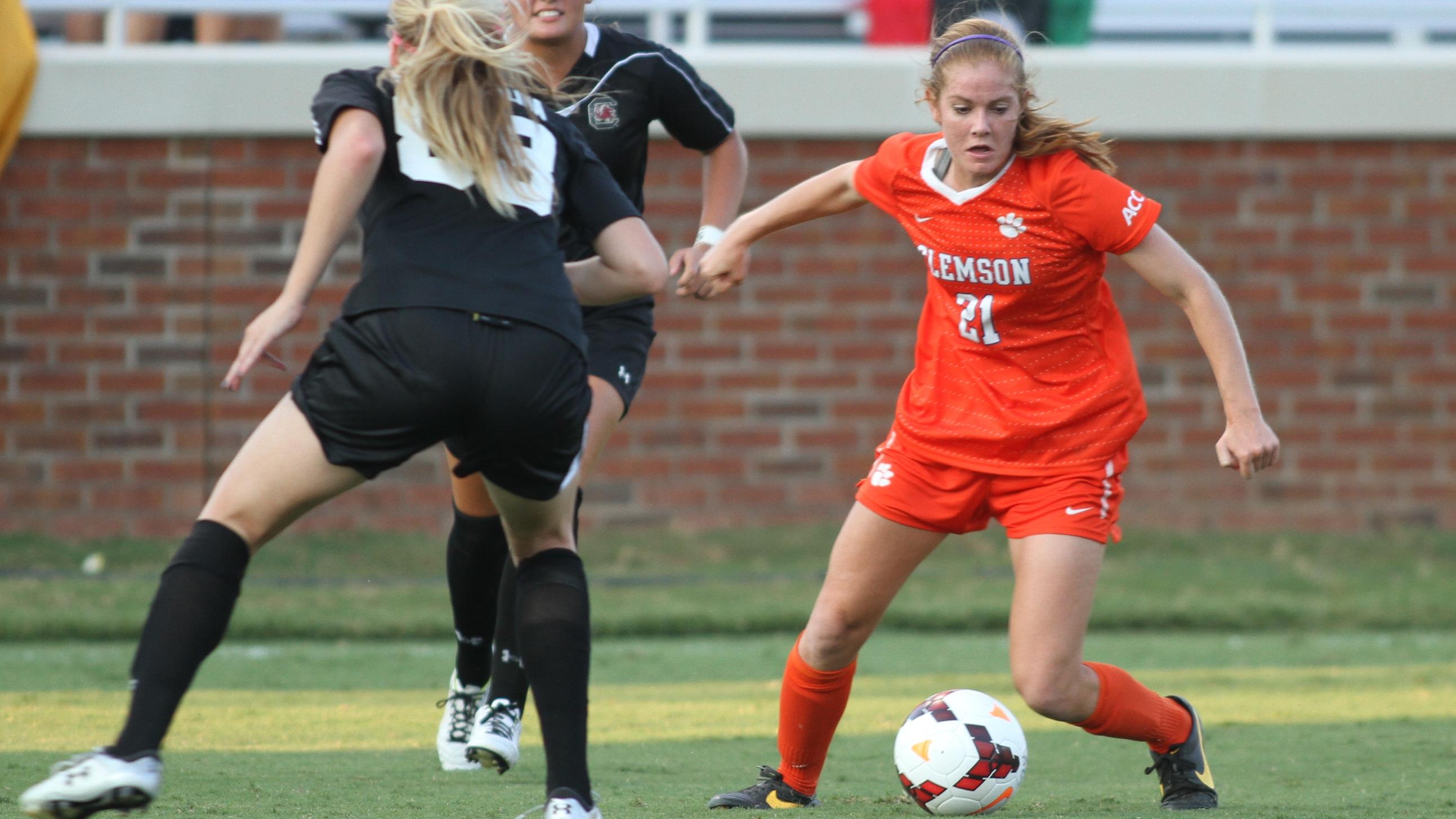 CLEMSON, SC – The Clemson women’s soccer team played its second date of spring exhibition play on Saturday, March 8 at Historic Riggs Field. The Tigers defeated Wofford by a score of 3-0 in the first contest of the day, and tied Tennessee 1-1 in the second. Three of the Tigers’ four goals on the day were scored by rising sophomores.

“It was a good day,” noted head coach Eddie Radwanski. “Our girls dominated possession and we did some very good things in both games.

“Our team dedicated its play to Colie Dennion from Elon, who has been diagnosed with Ewing’s Sarcoma. They wanted Colie to know that we are thinking of her and have her in our prayers.”

Nicole “Colie” Dennion is a sophomore on the Elon women’s soccer team who was named the 2013 SoCON Player of the Year. She was diagnosed with Ewing’s Sarcoma in February 2014. To read more about Colie’s story, click HERE.

The Tigers will return to action on Saturday, March 29 when they travel to Johnson City, TN to face East Tennessee State and ACC-foe Virginia Tech, which advanced to the NCAA Women’s College Cup last season.