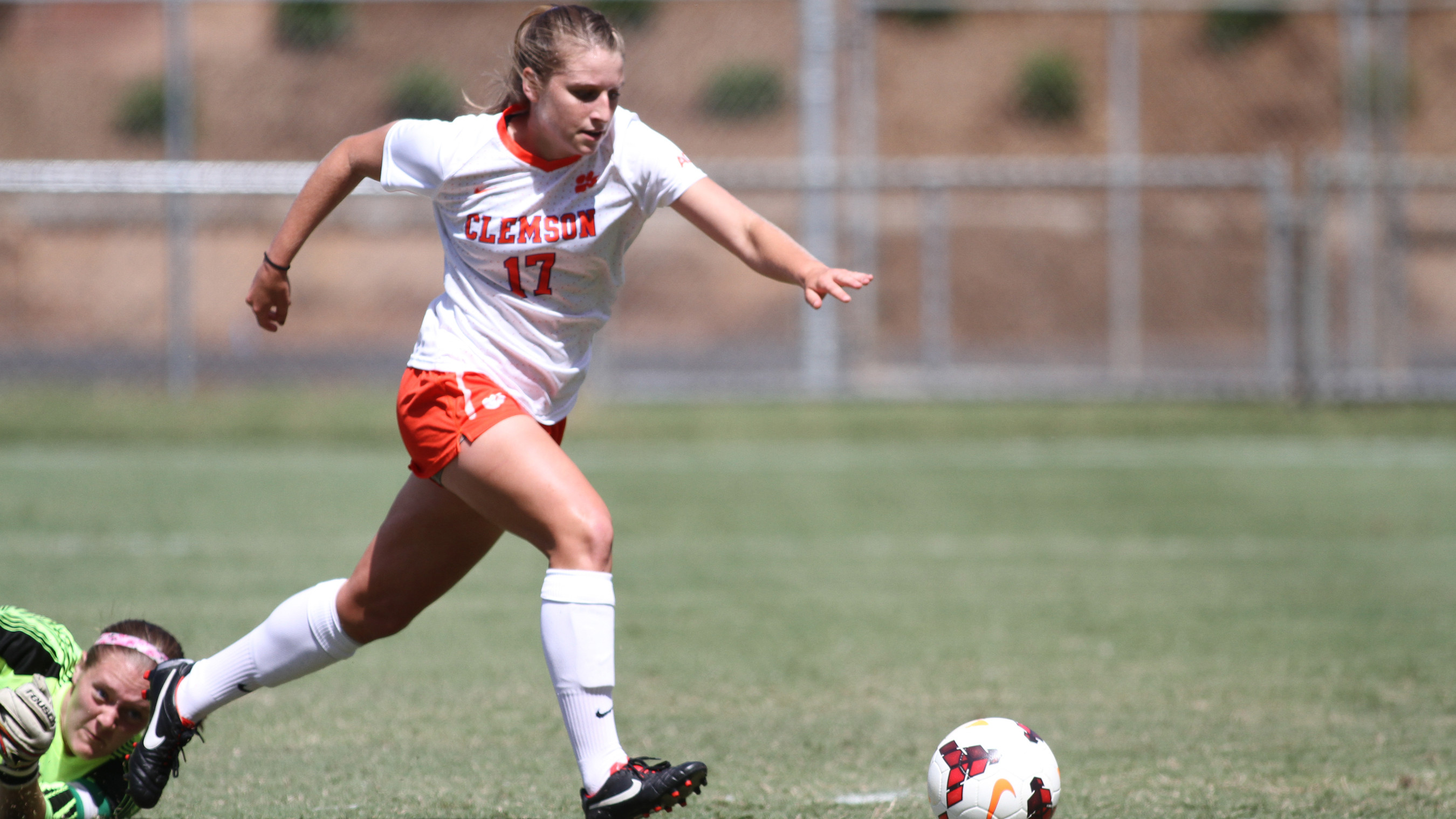 SYRACUSE, NY – The Clemson women’s soccer team edged Syracuse by a score of 1-0 at SU Soccer Stadium in Syracuse, NY on Thursday night.  It was the Tigers’ third straight win in Atlantic Coast Conference play, and their fourth consecutive win overall.  With the victory, Clemson improved to 6-2-2 (3-1 ACC), while the Orange fell to 4-6-1 (0-4-1 ACC).

“It was really a boost for us to get that first goal, especially on the road,” said head coach Eddie Radwanski.  “Then in the second half, we really limited their chances.  I was pleased with the overall team performance, but especially that of the back four (Gabby Byorth, Savannah Coiner, Tabitha Padgett and Claire Wagner) as well as Kailen Sheridan in goal and Katie Sprouse who came in off the bench.

“We did a good job of managing the game and dictating play, which is a credit to our overall team defense.  It was a very professional performance, especially on the road in this conference, where wins are difficult to come by.  It was a good win and we will enjoy it, and then come home and get ready for Florida State on Sunday.”

Sophomore midfielder Kylie Tawney scored the game’s lone goal in the 30th minute of play.  Junior midfielder Katelyn Reeve sent the ball into the box and Syracuse keeper Brittany Anghel came out of the box to play it, but Tawney reached the ball first and redirected it into the net from close range.  The goal was Tawney’s third of the season and the assist was the second of the year for Reeve.

“Kylie made a good attacking run on that play,” said Radwanski.  “She took a risk and was rewarded for it.”

The Tigers held the statistical advantage in the game as well, leading the Orange in shots (9-2), shots on goal (6-0) and corner kicks (4-3).  Anghel posted five saves in goal for Syracuse.

The Tigers will return home to Historic Riggs Field on Sunday, September 29 to play host to third-ranked Florida State.  The match between the Tigers and Seminoles will kick off at 1:00 PM and will be broadcast live on ESPN3 on ClemsonTigers.com.