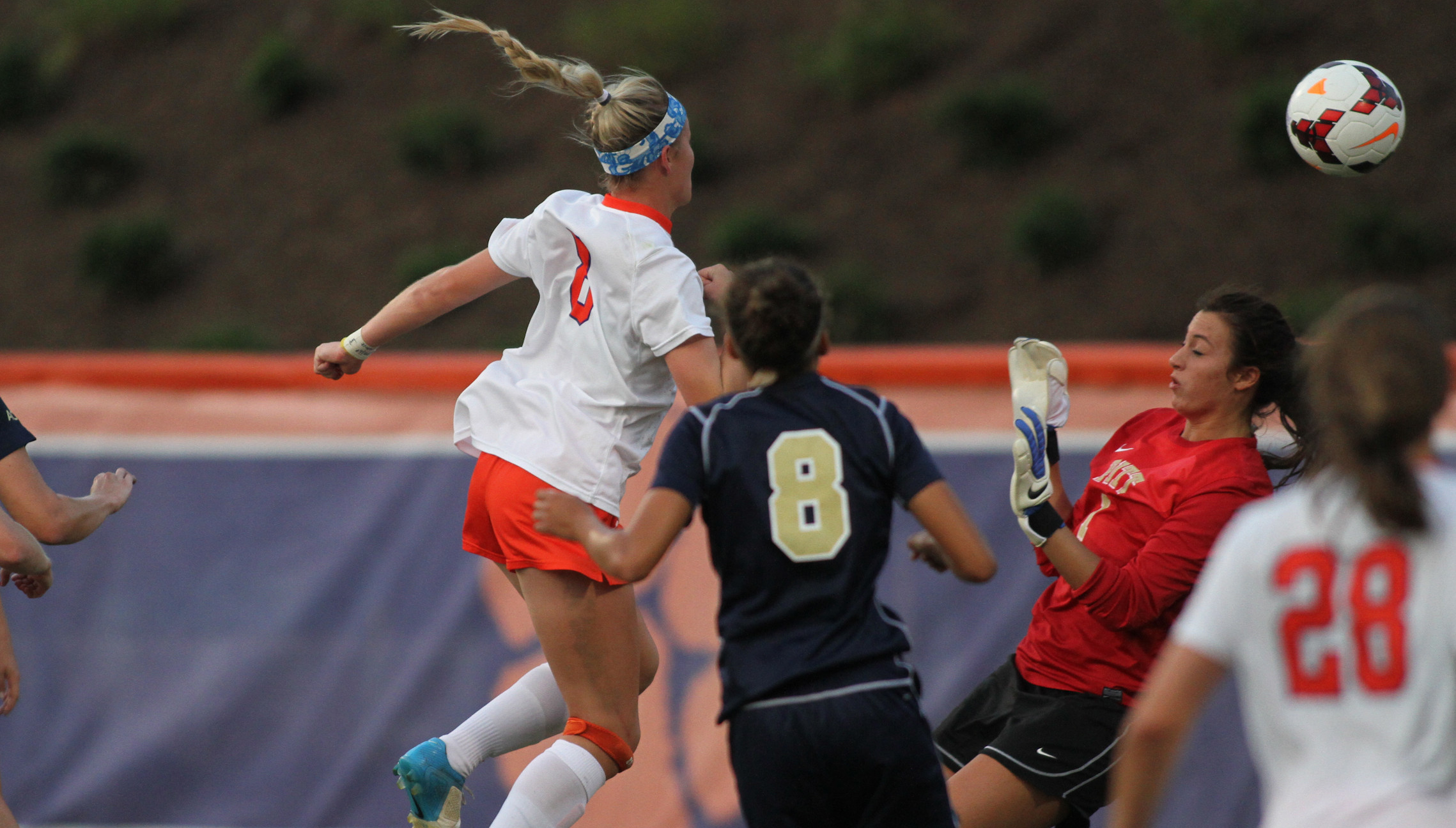 CLEMSON, SC – The Clemson women’s soccer team defeated Pittsburgh by a score of 2-0 on Thursday night at Historic Riggs Field to earn its second straight Atlantic Coast Conference win.  Two freshmen recorded their first career goals in the victory for the Tigers, who improved to 4-2-2 overall and 2-1 in conference play.  The Panthers fell to 4-4-1 (0-3 ACC) with the loss.

“I am pleased with the performance and the fact that we got the win,” said Head Coach Eddie Radwanski.  “It was good to get on the board early and to have two kids score their first collegiate goals.  We also were able to play a lot of people and come away with a clean sheet, so I would say ‘mission accomplished.’  We moved the ball, passed well, dominated possession and rarely put ourselves in bad positions.  We dictated the entire game, and that was a confidence booster for us.”

The Tigers got on the board early, when freshman forward Paige Reckert netted her first career goal in the 14thminute of play.  Senior defender Tabitha Padgett sent a cross from the left side to Reckert, who headed it into the net from inside the box.

Freshman Tori Andreski gave Clemson a 2-0 lead at the 37:38 mark in the first half.  Freshman defender Gabby Byorth crossed the ball to Padgett, who flicked it to Andreski.  The forward sent the ball into the right side of the net from five yards for her first collegiate goal.  The assist was the second of the game for Padgett, who now has three assists on the season.

The Tigers will return to action on Sunday, September 22 when they play host to Alabama A&M at Historic Riggs Field.  The match will kick off at 1:00 PM and will be broadcast live on ClemsonTigers.com via TigerCast.