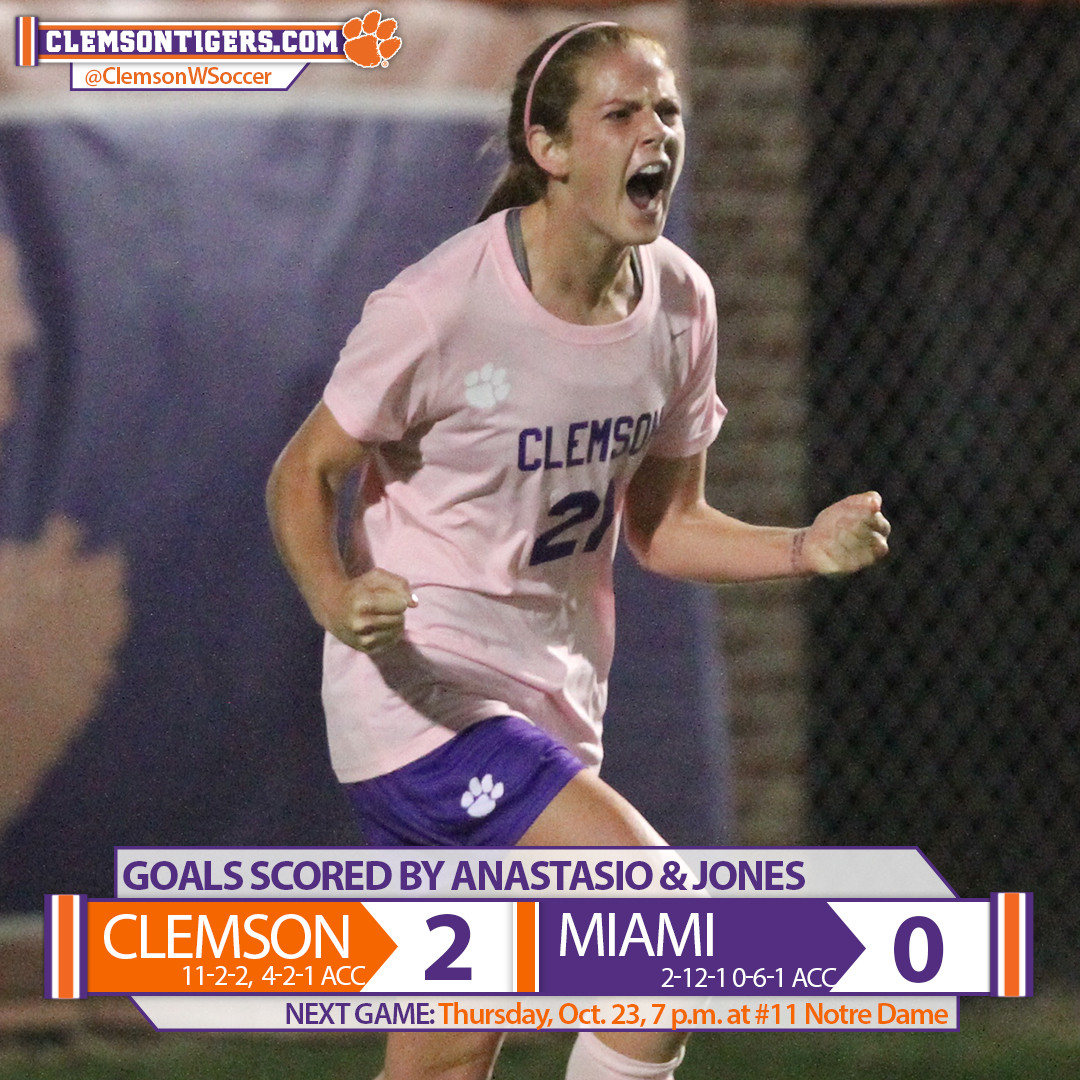 With the victory, Clemson now has 11 wins on the season. It is the first 11-win season for the program since 2006. That Tiger team advanced to the NCAA Quarterfinals, and was ranked in a tie for 14th in the final national poll. The win was also Clemson’s first over Miami since the 2006 season.

The two teams played a scoreless first half, with the Tigers controlling possession the majority of the half, with six shots and three corner kicks to the Hurricanes’ two and zero, respectively. With less than one minute remaining in the half, Miami’s Jasmine Paterson was issued her second yellow card of the game, resulting in a red card and an ejection.

Clemson took advantage of having an extra player, scoring its first goal just 36 seconds into the second half. Sophomore Catrina Atanda sent a pass ahead to freshman Salma Anastasio inside the 18-yard box. The freshman forward dribbled past a Hurricane defender and put the ball in the net from 10 yards. The goal was Anastasio’s fifth of the season, which ranks second on the team.

The Tigers struck again less than 10 minutes later on a goal by sophomore Abby Jones. Anastasio sent a short pass to sophomore Katie Sprouse, who launched a long pass from behind midfield to Jones, who dribbled in from the right and hit a 10-yard shot for her second goal of the season.

The Tigers play two games on the road next week – at 11th-ranked Notre Dame on Thursday, Oct. 23 and at Pittsburgh on Sunday, Oct. 26. The contests against the Irish and Panthers are the final two regular season road games for Clemson. The team returns to Historic Riggs Field on Saturday, Nov. 1 to face NC State for Senior Day and its final regular season home game of the year.