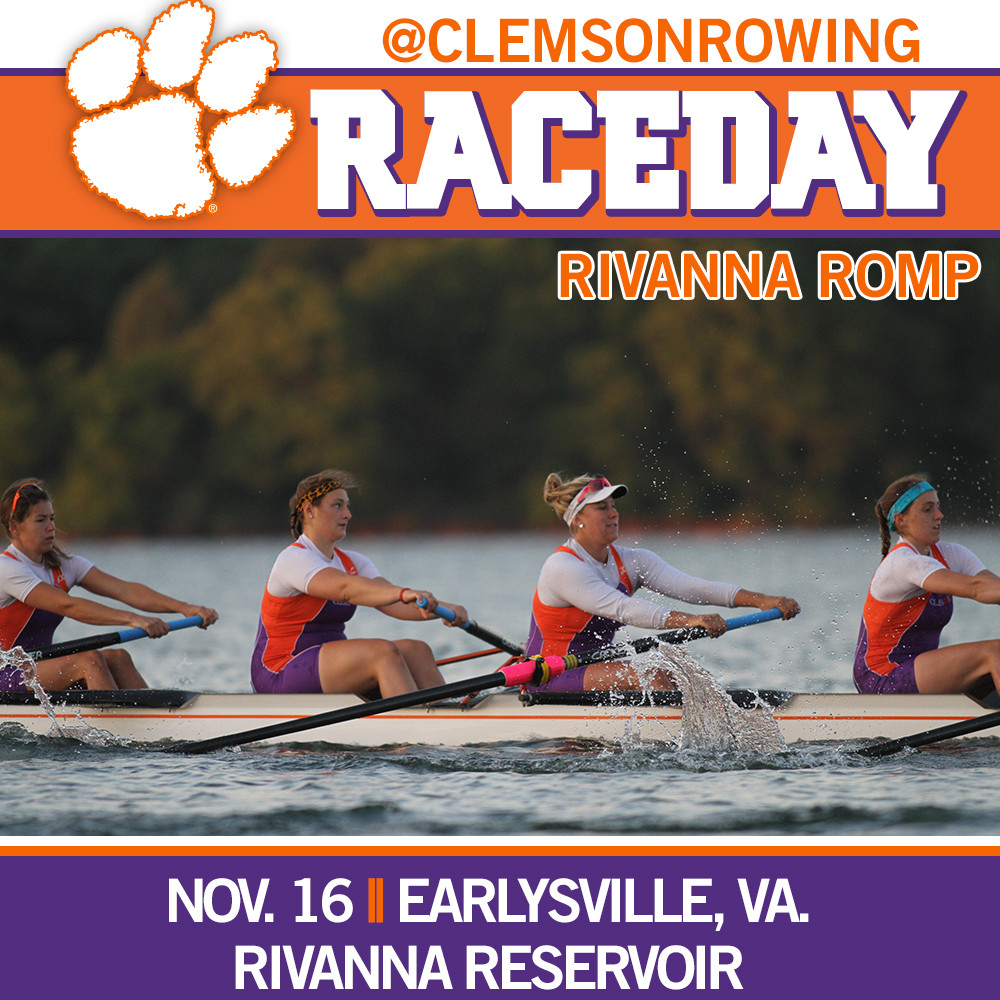 CLEMSON, S.C. – The Clemson rowing team concludes its fall schedule with the Rivanna Romp this Sunday, November 16 in Charlottesville, Va. The Tigers last competed in the event in 2011.

The Tigers are coming off five top-10 finishes from the Head of the Hooch in Chattanooga on Nov. 2 that included two second place finishes, including one by the Varsity 8+.

Racing begins at 9 a.m. with the Varsity Eights starting the day off. In their last appearance at the Rivanna Romp, Clemson placed three boats in the top-10 highlighted by a fourth place finish in the Varsity Eight competition. The Varsity 4+ race will begin at 10:30. Clemson won this event in 2011 with a time of 15:49.3, holding off Virginia by four seconds.

The event concludes with pairs and the Novice 8+ competing later in the day.