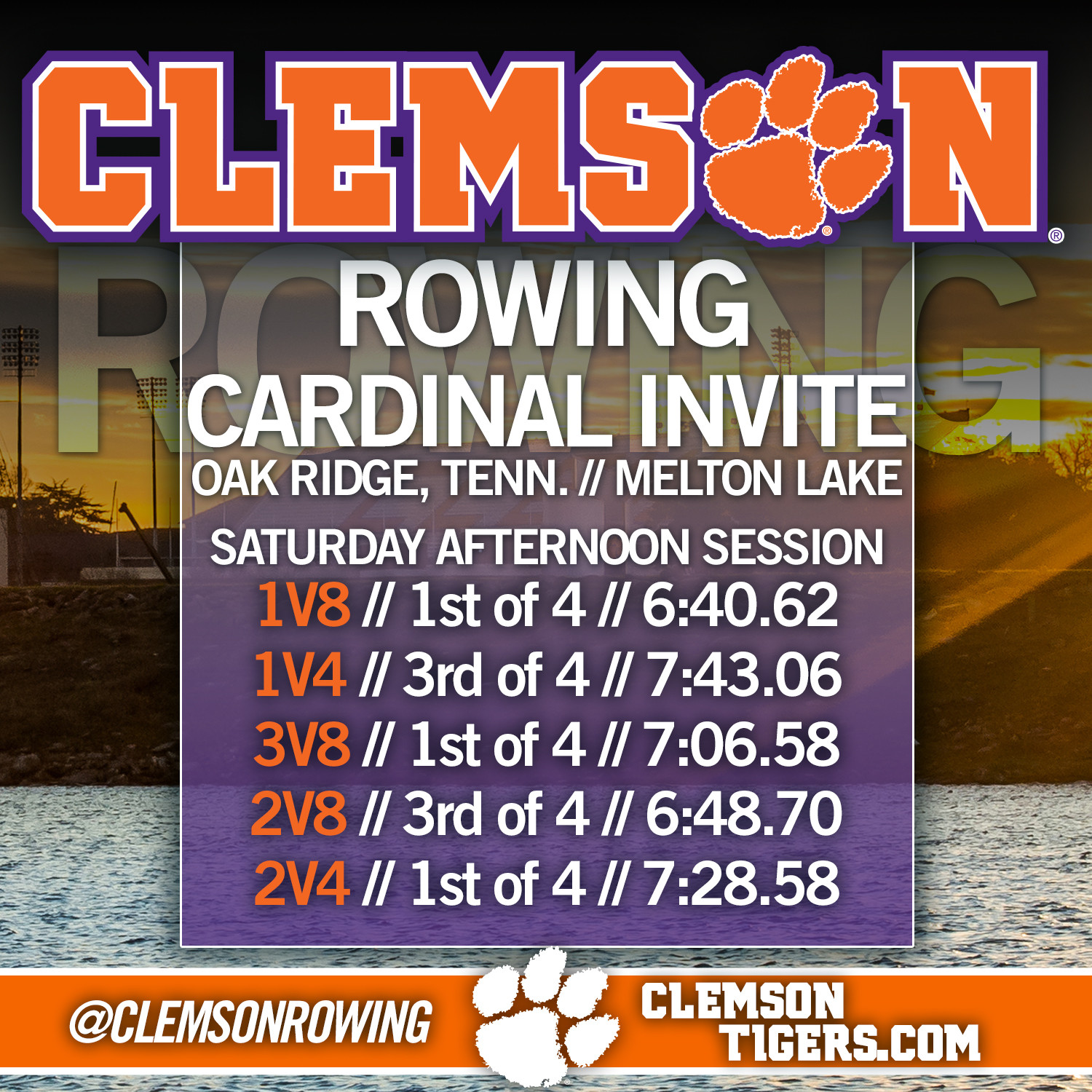 OAK RIDGE, TENN. – The Clemson Rowing team opened up its spring competition today in Oak Ridge, Tennessee at the Cardinal Invite. The Tigers fielded five boats in two sessions in the morning and afternoon. Their competition included a tough early test against ranked opponents in Virginia and Michigan, but the Tigers rebounded convincingly in the afternoon.

“It was really exciting starting off our last season as a Clemson Tiger. It was a great effort by all of our boats. It was nice to start out hard on the first race and then implement what we needed to and come out even stronger in the second race,” said senior Becca Kretzer.

“Today was a good learning experience. We had some early morning races; some went our way, some didn’t, and we learned. One of our goals from this race was to learn from each event. The lessons we learned from the first race we put into practice for the second one and so it was nice to see them progress,” said Head Coach Stephen Frazier Wong.

The Tigers bounced back in the afternoon, however, to end the day wtih several strong performances. The 1V8 led the way with a first place finish and a time of 6:40.62. They were then matched by a first place performance from the 3V8 (7:06.55) and the 2V4 (7:28.58). Of the three first place finishes all were in convincing fashion with each boat finishing with a margin greater than five seconds–the 2V4 outpaced the first runner-up by over 10. The 1V4 and 2V8 both placed third with times of 7:43.06 and 6:48.70, respectively.

“It was really nice to get on the water today; being able to race people other than each other and to be able to finally improve from one race to the next. I think we made up a lot of ground from one race to next which was really good improvement from us,” said senior Katie Eidson. “Today was just kind of a race where we were able to put all of our passion out there and reinforce why we do the sport. We just put up a good fight.”

The Tigers return to action Sunday morning at 11:14 a.m., to compete in their final races of the Cardinal Invite.

Complete results can be found here.