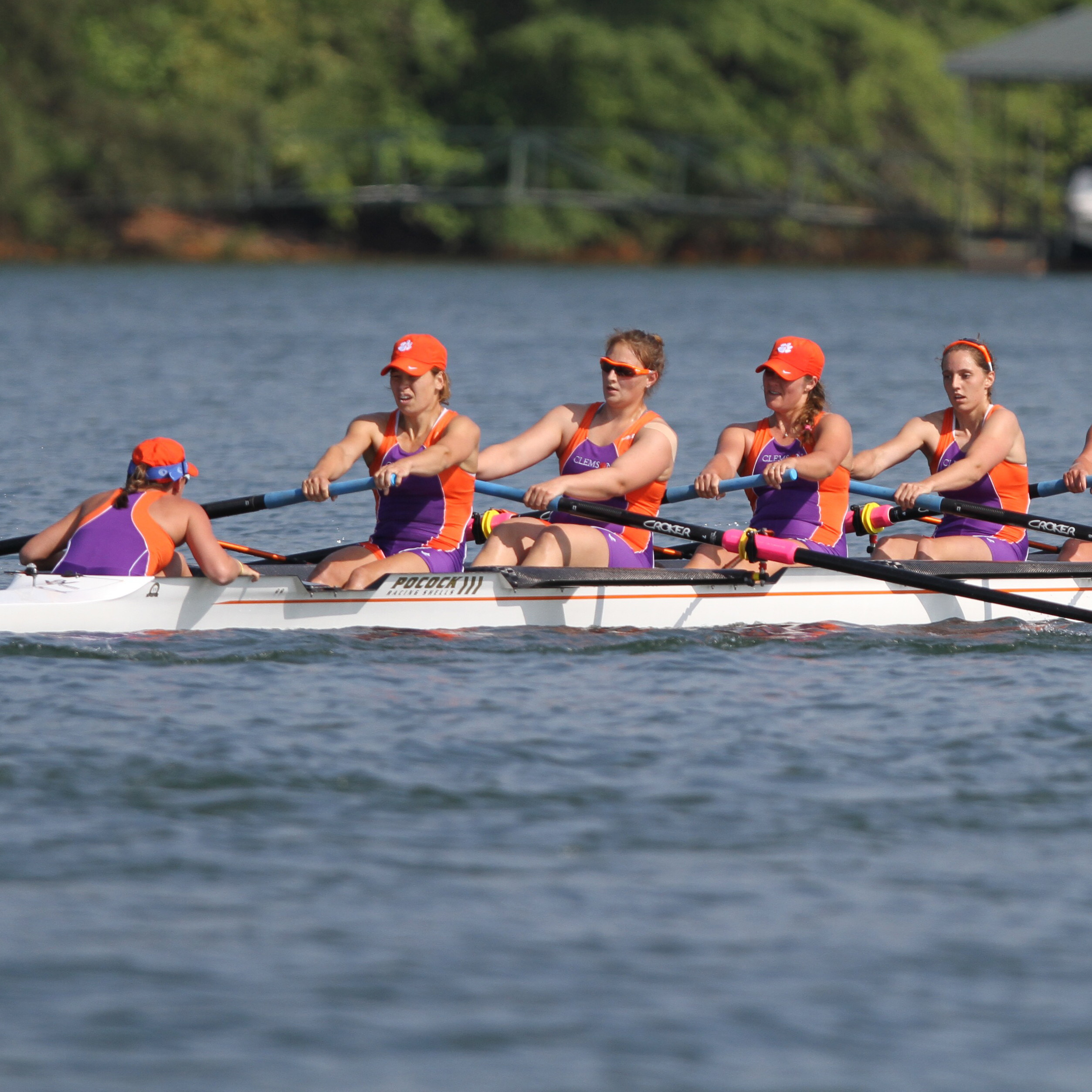 CLEMSON, S.C. — The Tigers finished in fifth place at the 2015 ACC Rowing Championship on Saturday at Lake Hartwell. Virginia won the ACC crown for the sixth consecutive year, followed by Notre Dame, Syracuse and Louisville.

The Tigers were fifth in the first four finals of the morning, setting the stage for the First Varsity 8+. Clemson did not back down from the challenge, outlasting Louisville at the finish line in a photo finish. The Tigers posted a time of 6:33.1, besting the Cardinals’ time of 6:33.4.

“The ACC is only getting faster,” said Head Coach Stephen Frazier Wong. “That’s been one of the challenges. But the ACC Championships provides us a great opportunity to showcase our sport around the country. I was proud of the 1V8 for holding off a hard-charging Louisville team.”

Samantha Duggan and Milena Heuer were honored as All-ACC selections following the event. Duggan, a senior, was a first-team performer, her second straight season being honored by the conference. Heuer, a junior, was a second-team choice, giving her a second career all-conference accolade.

“We know we have the support internally to get us where we need to be,” Frazier Wong said. “Seeing our team’s belief that we will ultimately get there has been one of the real positives from the season.”