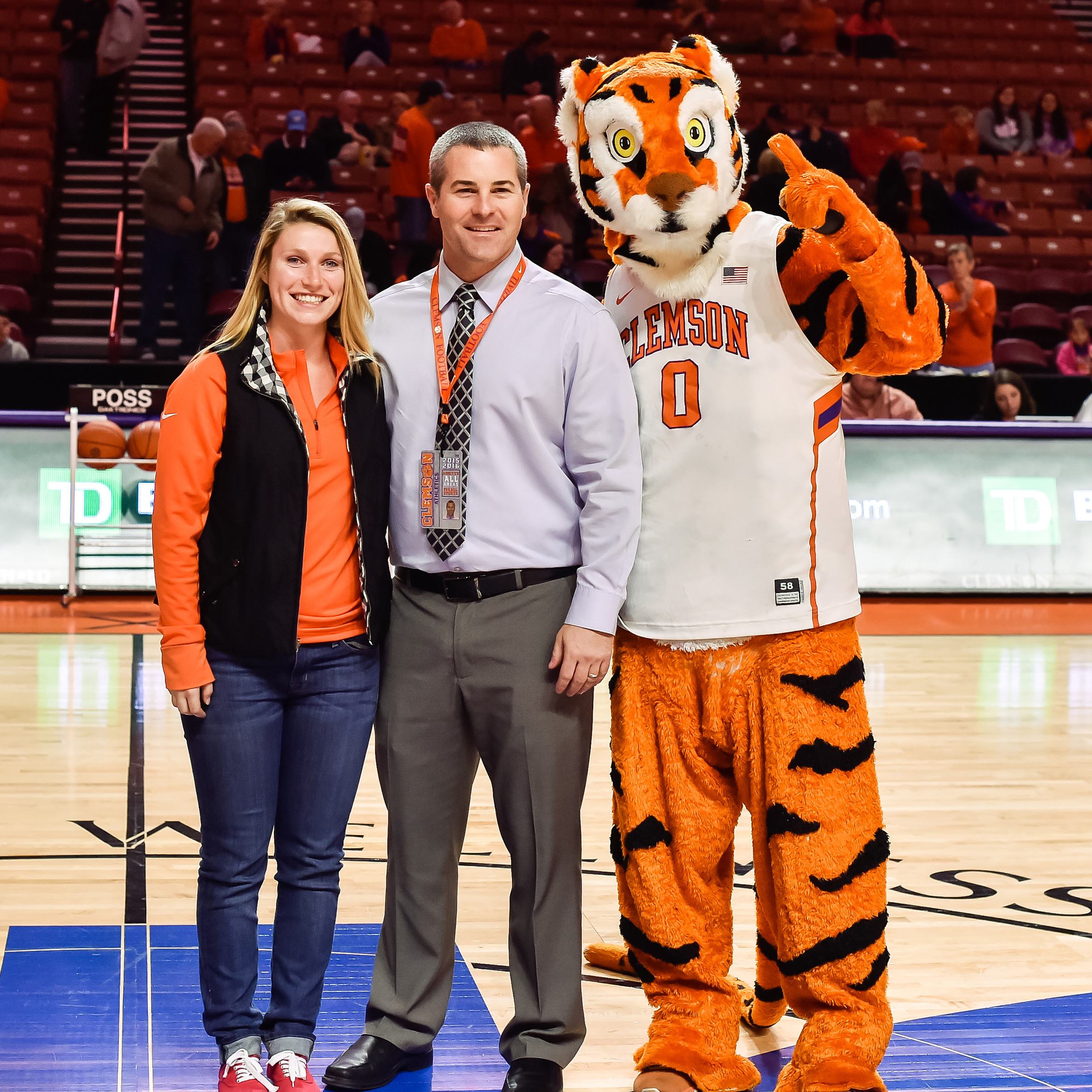 The Power of Perseverance

No matter how many times it’s reiterated, it can be hard to fully appreciate the rigor and discipline it can take to be a successful student-athlete. It requires an immense measure of focus to maintain all of the responsibilities, as well as a great deal of personal sacrifice. It’s not for everyone, but when it’s done well it’s worth noting.

Anna Skochdopole is headed into her final season as a member of the Clemson rowing team. A track runner in high school, she tired of running and instead decided to try out a different endurance sport her freshman year. Now in her fourth season, Skochdopole has progressed from being a walk-on to contributing from the bow-seat last season on the First Varsity 4+ boat.

She won’t be taking it easy for her final semester however. Besides early morning practices and schoolwork, she’s also working 20-30 hours a week as a scribe in the emergency department at Greenville Hospital. At first glance, it’s not the most exciting job in the world. Essentially, a scribe’s job is to write down everything a physician dictates while working with a patient for their medical record.

“[Being a scribe] is pretty cool though, everything you learn in the classroom is not actually relevant to the real world. You actually learn bedside manner, terminology, and abbreviation that people throw around–it’s been more beneficial than any class I’ve ever taken.”

Skochdopole’s ultimate goal is to become a doctor. While she hasn’t decided yet what she wants to specialize in, her interest lies in either neurology or oncology. She’s already taken the first major step in that direction, having recently found out that she had been accepted into medical school.

“It’s exciting to know I’m going to be a doctor. Greenville was actually the first school to let me know that I was getting in. I had an 11:00 class and it was 10:55 when I got a call from this lady that runs admission and she told me that I got in. I got so choked up in the moment because I was going to be a doctor no matter what that I couldn’t even walk into class–so I was late. I’ll never forget that moment when I realized I did it.”

Skochdopole will also be the first person in her family to attend medical school which is another cause for excitement.

“My mom didn’t want me to apply for medical school because it has such a reputation–I think she just got it from Grey’s Anatomy because it’s just so stressful–people think that you can’t have a family if you’re a woman going into medicine. So that was long conversations that I would have with my mom about it. She worries I’ll get too stressed out. Now that I’ve gotten in, she’s so proud and happy that I’m doing it because she can tell I really want to.”

Rowing played a significant role in the application process for medical school. Skochdopole says that many of her interviews centered around her time as a rower because of the commitment it takes to endure countless early mornings and workouts.

“I think having to wake up early every single day and having the afternoon workout has made me so time efficient and I’m able to organize so much better than people who don’t have athletics and specifically rowing in their background. I think that’s actually put me over the edge to get into medical school.”

Her participation in rowing also helped her in another unanticipated way. Skochdopole was recently awarded an ACC postgraduate scholarship after being nominated several months ago. She’s the first Clemson rower to have done so since 2012.

“[The scholarship] made it really feel like all of the hard work and nights with four or five hours of sleep was worth it. I was humbled because just being at Clemson and seeing so many great athletes around you you don’t think that you’ll get qualified.”

But before she begins medical school, Skochdopole has one final season on the water. She’s part of a competitive and cohesive senior class of 13 on the team that will make up a majority of the ACC tournament boats. The senior class is linked by a tight bond forged in perserverance through four years of competition together, as well as a coaching change midway through. They make up an extremely vocal part of the team whose presence will be notably absent next season. In the meanwhile however, Skochdopole will still leave a lasting impression with those left behind.

“I have a lot of underclassmen come talk to me and that’s pretty cool to help them because I didn’t have anybody along the way to help me and I don’t have anyone with a history of medicine so I had to figure out the MCAT out for myself. I guess helping them out in that way was fulfilling.”

Either on the water or in the classroom, Skochdopole exemplifies a student-athlete who is solely committed to success at whatever she puts her mind to.