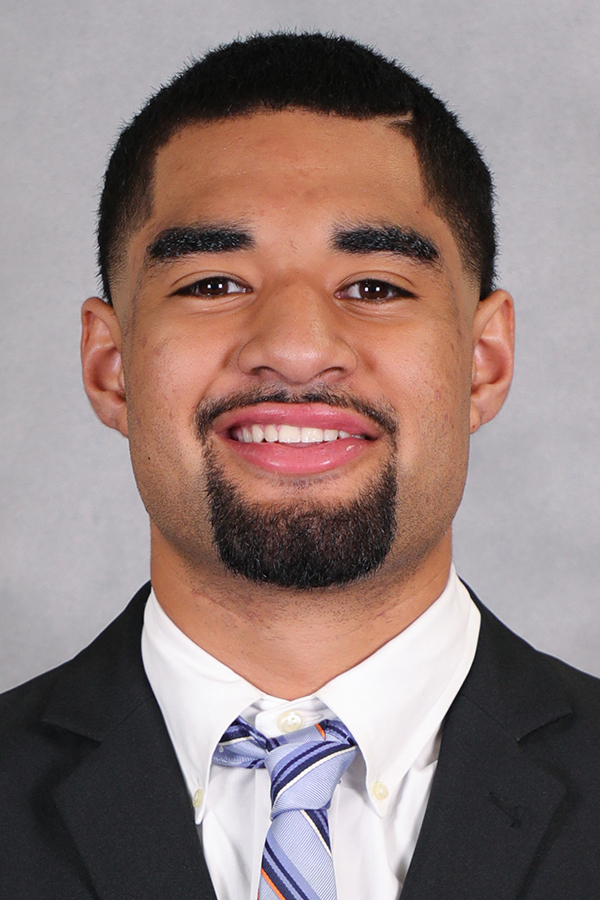 2020: Completed 78-of-117 passes for 914 yards with five touchdowns and no interceptions in 235 snaps over 10 games (two starts), while also adding four rushing touchdowns amid his 28 carries for 60 yards … his 146.4 pass efficiency rating was fifth-best by an ACC freshman quarterback since 2002 (min. 100 passes), trailing only Clemson’s Deshaun Watson (188.6 in 2014), Florida State’s Jameis Winston (184.8 in 2013), North Carolina’s Sam Howell (160.2 in 2019) and Clemson’s Trevor Lawrence (157.6 in 2018) … became only the second FBS player since 2000 to throw at least 115 passes and record at least five passing touchdowns and no interceptions (Georgia Southern’s Shai Werts in 2018) … joined Steve Fuller, Willie Jordan, Patrick Sapp, Nealon Greene, Deshaun Watson and Trevor Lawrence to become the seventh true freshmen ever to start a game for Clemson at quarterback, joining Watson and Lawrence as the only true freshmen to win their starting debuts … made collegiate debut at Wake Forest, completing 2-of-3 passes for 16 yards and rushing once for three yards … completed 8-of-11 passes for 75 yards and rushed three times for seven yards with two touchdowns vs. The Citadel, becoming the first freshman quarterback at Clemson with two rushing touchdowns in a game since Kelly Bryant at Miami in 2015 … rushed twice for five yards and completed a pass vs. Virginia … rushed for 17 yards vs. No. 7 Miami … available but held out as a precaution at Georgia Tech … went 1-for-3 for 11 yards vs. Syracuse … made his first career start vs. Boston College and completed 30-of-41 passes for 342 yards with two passing touchdowns and no interceptions while also rushing six times for 25 yards with a rushing touchdown … led Clemson to the largest comeback in Memorial Stadium history (18 points) in that game, earning ACC Rookie of the Week honors and sharing team offensive player of the game honors … with that performance against Boston College, joined Deshaun Watson and Trevor Lawrence as the only true freshmen in Clemson history to win their starting debuts, and his 342 passing yards were the third-most by a Clemson freshman (true or redshirt) in his starting debut, trailing Watson’s 435 yards against North Carolina in 2014 and Charlie Whitehurst’s 420 yards against Duke in 2002 … earned ACC Rookie of the Week for a second straight week and shared team offensive player of the game honors after completing 29-of-44 passes for a career-high 439 yards with two passing touchdowns at No. 4 Notre Dame while also adding a rushing touchdown … his 439 passing yards at Notre Dame were the third-most in a game in school history and broke the school freshman record of 435, set by Deshaun Watson against North Carolina in 2014 … the 439 passing yards at Notre Dame were also most ever thrown against the Irish by an opposing quarterback, breaking the mark of 425 held by USC’s Carson Palmer in 2002 … completed 7-of-12 passes for 31 yards and a touchdown vs. Pitt … played one snap at Virginia Tech, a handoff to Darien Rencher that resulted in a 50-yard touchdown … ACC Honor Roll selection.