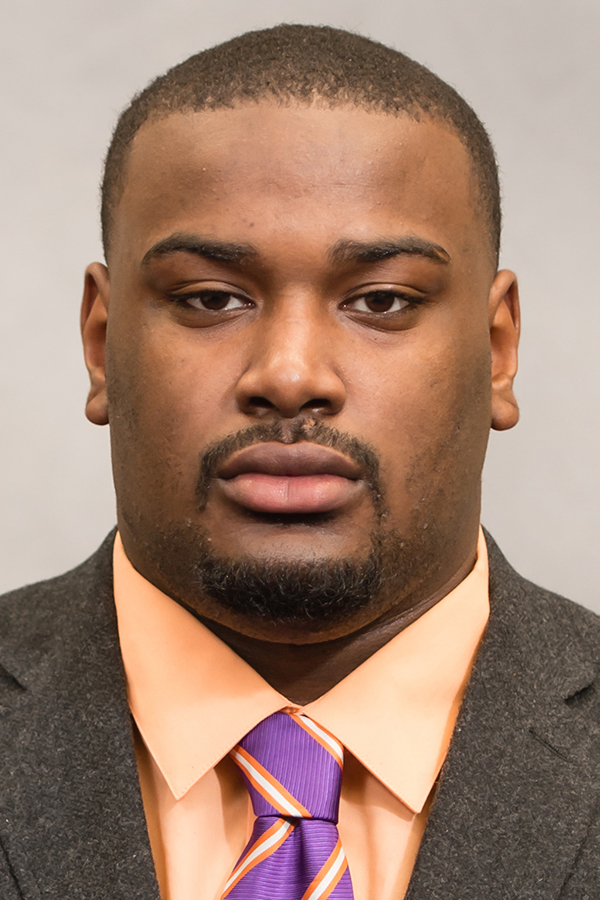 2020: Credited with seven tackles in 49 snaps over seven games … contributed a tackle at Wake Forest … registered four tackles vs. The Citadel … recorded a tackle vs. Virginia and vs. Syracuse.

2018: Made Clemson debut vs. Louisville, playing two snaps in his lone appearance of his redshirt season.

Before Clemson: Had 65 tackles, 19 tackles for loss and seven sacks in 11 games as a senior … had seven catches for 70 yards and a touchdown as a tight end as a senior … region defensive player-of-the-year as a senior … No. 22 defensive tackle in Georgia by ESPN … had 76 tackles, five tackles for loss, two sacks and 42 quarterback pressures as a junior … played basketball and ran track as a junior … coached by Terrance Banks at Newton High School … recruited by Todd Bates and Tony Elliott … enrolled at Clemson in January 2018.