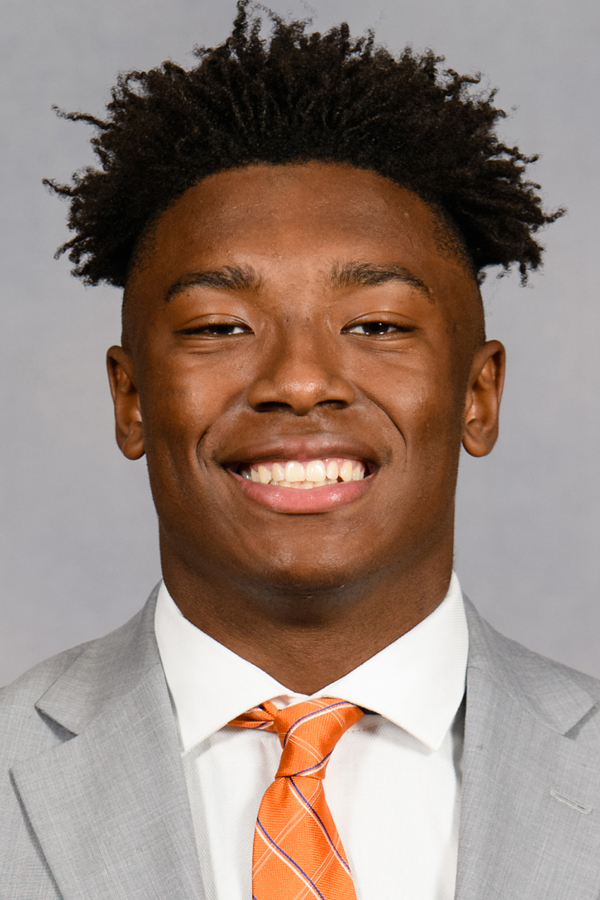 Versatile member of the back seven who enters 2022 having recorded 26 tackles (one for loss), a pass breakup and a fumble recovery he returned three yards for a touchdown in 179 snaps over 12 games (one start) as a true freshman in 2021.

Before Clemson: Five-star athlete from Georgia ranked as the No. 17 overall player in the nation by 247Sports … versatile athlete that will play safety at Clemson … also listed by 247Sports as the second-best linebacker in the nation and third-best player in Georgia, earning a five-star ranking following his signing in the early signing period … Rivals.com listed Carter as a five-star player, ranked as the nation’s No. 21 overall player, the top linebacker in the nation and the third-best player in Georgia … ESPN.com lists him as a four-star, the No. 103 overall player in the nation … PrepStar five-star recruit and Top 150 Dream Team selection who ranked as the nation’s No. 40 overall prospect and No. 4 player in Georgia … earned Defensive National High School Player of the Year from the Maxwell Football Club … in a 2020 state playoff game, he recorded 197 yards rushing on 17 attempts on offense and had eight tackles, three sacks and a fumble recovery on defense … he accomplished that after running for 142 yards on just six carries in the regular season finale … for the season he rushed for 429 yards, a 9.3-yard average, and scored 10 touchdowns and added seven catches for 68 yards … finished the year with 11 tackles for loss, including five sacks, to go with 38 tackles in seven games … had a 79-yard interception return for a touchdown … also threw a 13-yard touchdown pass … as a junior in 2019, he recorded 73 tackles and 10 sacks in 13 games … had 51 tackles and seven tackles for loss in 11 games as a sophomore … finished his career with 162 tackles, 27 tackles for loss, including 18 sacks … 116 of his tackles were solos … selected to play in the All-American Bowl … committed to Clemson on May 19, 2020 … recruited by Mickey Conn and Brent Venables …  played for Bill Stewart at North Gwinnett High School.