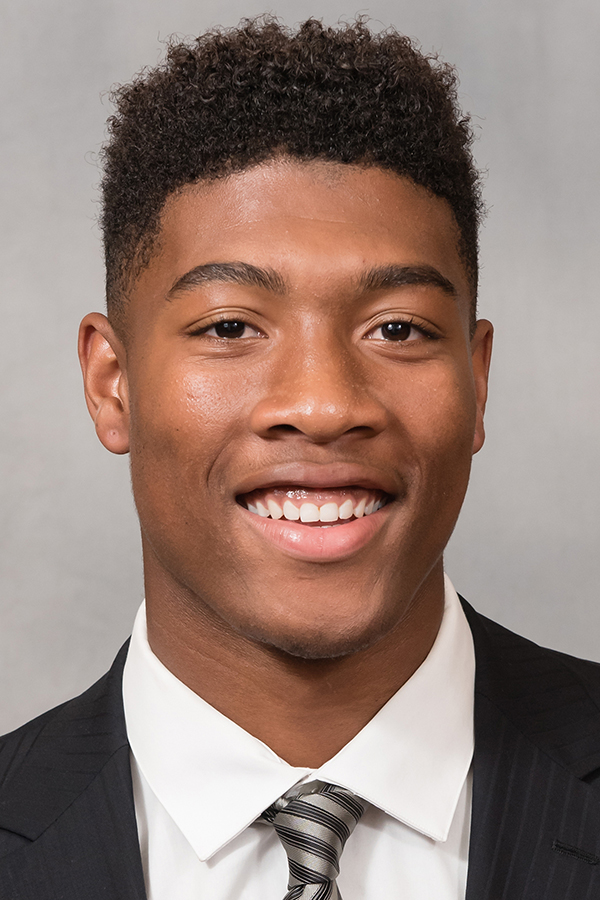 Athletic defender who transitioned from safety in 2017 to the starting nickel/sam linebacker position in 2018 and was eventually named the Butkus Award winner as the nation’s top linebacker in 2019 in only his second year at the position … concluded Clemson career credited with 253 tackles (28.5 for loss), 10.5 sacks, 22 pass breakups, four interceptions (including one returned for a touchdown), five forced fumbles and a fumble recovery in 1,856 career snaps over 44 games (29 starts).

2019: Won the Butkus Award, becoming the first Clemson player in the award’s 35-year history to earn the honor presented annually to the nation’s top linebacker … became the sixth unanimous All-American in school history, joining Terry Kinard (1982), Gaines Adams (2006), C.J. Spiller (2009), Da’Quan Bowers (2010) and Christian Wilkins (2018) … Nagurski Trophy finalist … Bednarik Award finalist … Lott IMPACT Trophy finalist … Walter Camp Player of the Year semifinalist … ACC Defensive Player of the Year … first-team All-ACC selection … named IPTAY Athlete of the Year, given to the most outstanding Clemson student-athlete across all sports based on athletic accomplishments with consideration of character, leadership and academics … credited with team-high 107 tackles (16.0 for loss), 8.0 sacks, 10 pass breakups, three interceptions (returned for 42 yards), a forced fumble and a fumble recovery in 818 snaps over 15 games (all starts) … voted as a permanent team captain … tied for team-lead with nine tackles vs. Georgia Tech, sharing team defensive player of the week honors … recorded five tackles and a pass breakup vs. No. 12 Texas A&M … led Clemson with 11 tackles and a career-high 3.5 tackles for loss including 2.0 sacks at Syracuse, earning ACC Linebacker of the Week, Lott IMPACT Trophy Player of the Week and Walter Camp Defensive Player of the Week, and sharing team defensive player of the week honors … added seven tackles vs. Charlotte … led Clemson with eight tackles, as credited by the Clemson coaching staff, including 2.5 for loss and a sack as well as two pass breakups in earning team defensive player of the week at North Carolina … credited by the coaching staff with a team-high six tackles (two for loss), a sack, a forced fumble and a fumble recovery vs. Florida State in earning team defensive player of the game honors … collected eight tackles, two sacks and a pass breakup at Louisville, sharing team defensive player of the game honors … posted six tackles (1.5 for loss) and a pass breakup vs. Boston College … recorded three tackles and his first interception of the season vs. Wofford … made four stops at NC State … registered five tackles (0.5 for loss) vs. Wake Forest … recorded 10 tackles (2.0 for loss) and a sack at South Carolina … credited with nine tackles and an interception (which he returned 22 yards to set up a Clemson scoring drive) vs. No. 22 Virginia in the ACC Championship Game, sharing team defensive player of the game honors … added four tackles and an interception vs. No. 2 Ohio State in Fiesta Bowl … posted 10 tackles (2.0 for loss), three pass breakups and a sack vs. No. 1 LSU … finished the year as only the third FBS player since 2005 to record at least 100 tackles, at least 16 tackles for loss, at least eight sacks and multiple interceptions in a season, becoming the first player to do so since Buffalo’s Khalil Mack in 2013.

2016: Redshirted … participated in the long jump with the Clemson track & field team in the spring.

Before Clemson: First-team all-state on both sides of the ball … first-team all-state as a defensive back, but he had some great stats on offense as well … had 92 tackles on defense and had 29 receptions for 994 yards and 13 touchdowns, an average of 34.3 yards per reception … 2015 was his first year as a wide receiver on offense … had a long touchdown catch of 82 yards … had 23 rushes for 148 yards and two scores … also had a 98-yard kickoff return for a score, his only return of the year, and a fumble return for a score … finished with 17 total touchdowns as a senior … helped his team to a 10-2 record in 2015 … coached by Chris McCartney … also outstanding in track, he was state champion in the long jump each in 2014 and 2015 with a career best of 23-8 … chose Clemson over offers from Michigan, Nebraska, Missouri and Louisville … recruited by Brent Venables.

Personal: Graduated in December 2019 with a degree in sports communication, earning his degree on the same day he was named the sixth unanimous All-American in school history … born July 26, 1998.