Softball’s Doubleheader Against No. 11 Duke Moved to Friday

CLEMSON, S.C. – Due to forecasted inclement weather, Saturday’s originally-scheduled doubleheader between No. 20 Clemson and No. 11 Duke at McWhorter Stadium has been moved to Friday. Game No. 1 of Friday’s doubleheader is scheduled to commence at 3 p.m., while game No. 2 is officially listed for 5 p.m. Both of Friday’s games will stream on ACCNX.

Saturday and Sunday’s single games are still scheduled for noon and 4 p.m., respectively. Both contests are set to air on ACC Network. 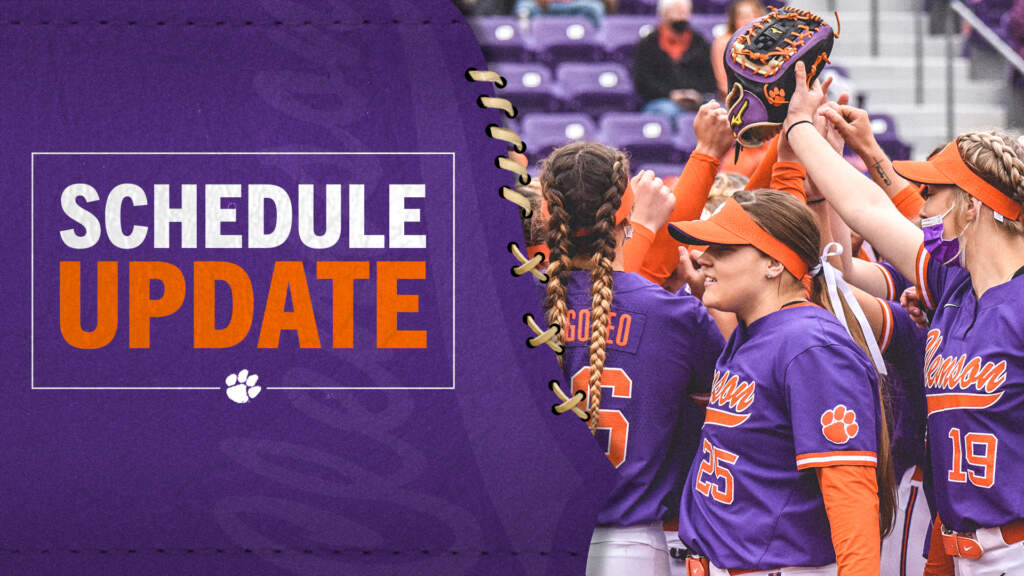