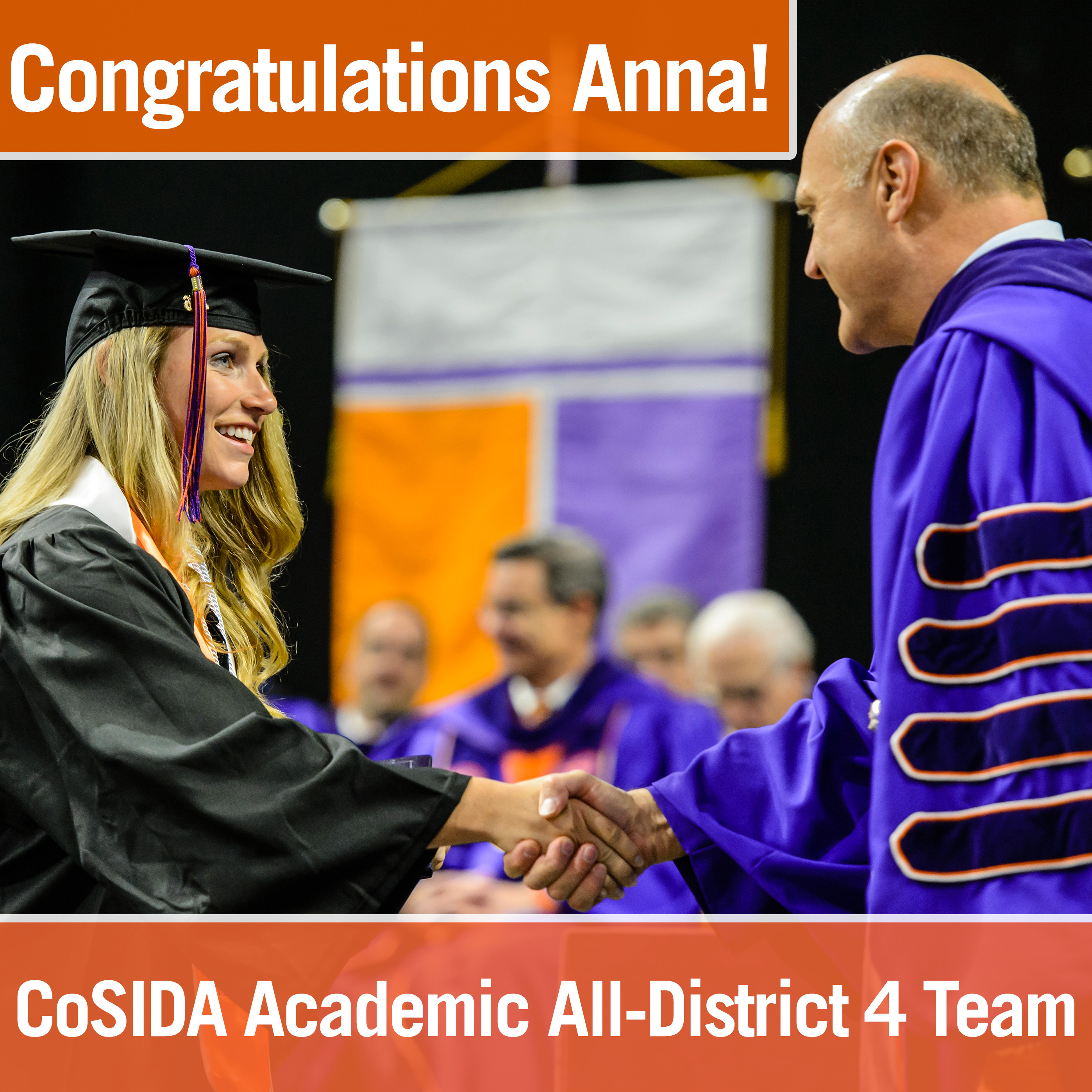 CLEMSON, S.C.— Senior rower Anna Skochdopole has been named to the CoSIDA (College Sports Information Directors of America) Academic All-District 4 team. These teams “recognize the nation’s top student-athletes for their combined performances athletically and in the classroom”. The honor was announced on Monday. Skochdopole is now eligible for Academic All-America consideration as well.

A native of Indiana, Skochdopole has compiled nearly a 4.0 grade-point average in biological sciences, leading to an impressive academic career. She has twice been named a CRCA National Scholar Athlete, as well as a member of the All-ACC Academic team. This spring, Skochdopole was named to the Clemson Academic Hall of Fame at the CLEMMYs and the ACC Scholar Athlete of the Year. She was also awarded an ACC postgraduate scholarship that she will use as she plans to attend the Medical University of South Carolina in the fall.

Skochdopole joins her teammates at the ACC Rowing Championships on Friday and Saturday in Clemson.