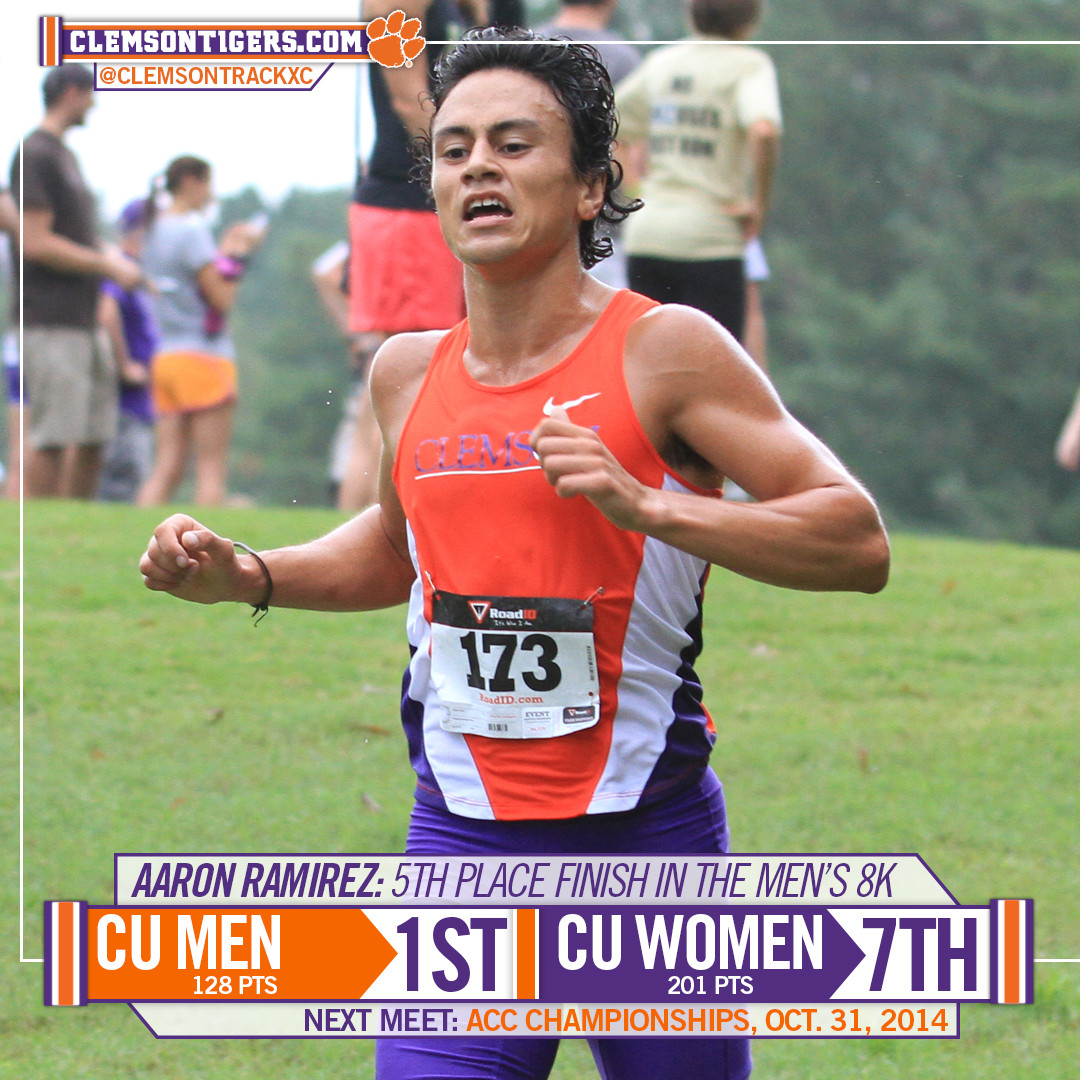 CLEMSON, S.C. — A short-handed men’s cross country team won the Crimson Classic title Friday in Tuscaloosa, Ala. The Tigers competed without one of their top performers, Roland Hakes, but prevailed to win the team championship behind the strength of a top-five finish from graduate Aaron Ramirez.

The men’s team finished with 128 points to knock off Auburn (137), who entered the meet ranked No. 2 in the latest South Region poll. The Tiger women finished in seventh place, while the host Alabama Crimson Tide earned the team victory.

“This was a pretty good meet to come out on top of, featuring some strong SEC teams like Auburn,” said head coach Mark Elliott. “It’s a good confidence booster for us, and our goal is to carry it over to the conference meet in two weeks.”

Ramirez posted one of his top career finishes, placing fifth overall with a time of 25:12.72 on a course that measured just over 8,000 meters. He led the Tigers for the third time this season and helped overcome the loss of Hakes, who is back in Clemson as part of his Army ROTC obligations.

“Aaron competed well; it was one of his better races,” Elliott said. “We don’t use his time as a measuring stick, because today’s course was a bit tougher than Louisville a couple of weeks ago.”

“We have a lot of room for improvement on the women’s side, but we weren’t fully healthy today and that was obvious,” Elliott said.

The teams are back in action in two weeks at the ACC Championships, held Oct. 31 in Earlysville, Va.