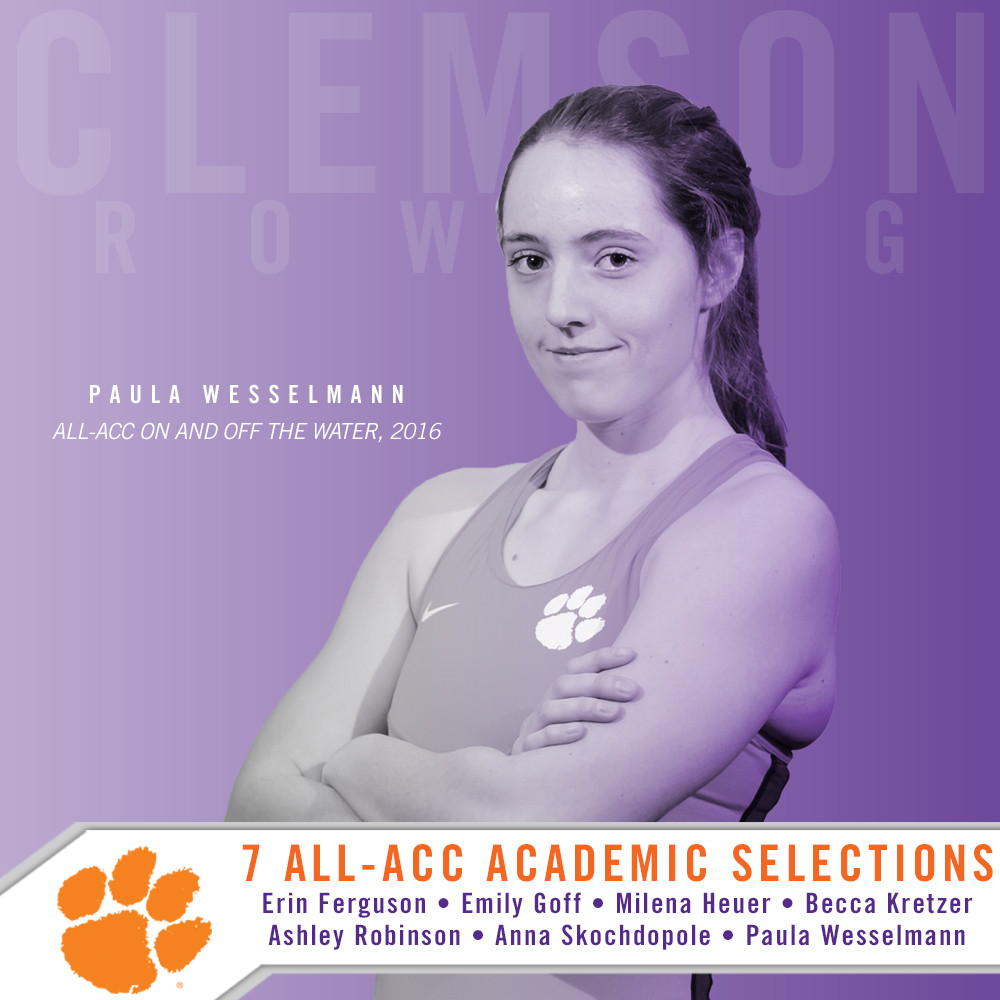 To be nominated to the All-ACC Academic Team, rowers must have recorded a minimum 3.0 grade point average for the spring semester and maintained a 3.0 career GPA.

Four of the seven earned the honor for a third time in her career, including Wesselmann, who was a second-team All-ACC performer on the water for the Tigers this season. Skochdopole also earned her third nod, capping a decorated senior season that saw her named a CRCA National Scholar-Athlete, an ACC postgraduate scholarship recipient and CoSIDA Academic All-District choice. Ferguson and Kretzer also became three-time honorees Thursday.

Heuer and Robinson both earned second straight All-ACC Academic nods in 2016. Heuer finished her career as an All-ACC performer on (2015) and off (2015,16) the water. Goff, the First Varsity 8+ coxswain, was named to the All-ACC Academic Team for the first time.